Gadget watch: From car security to the latest iPod 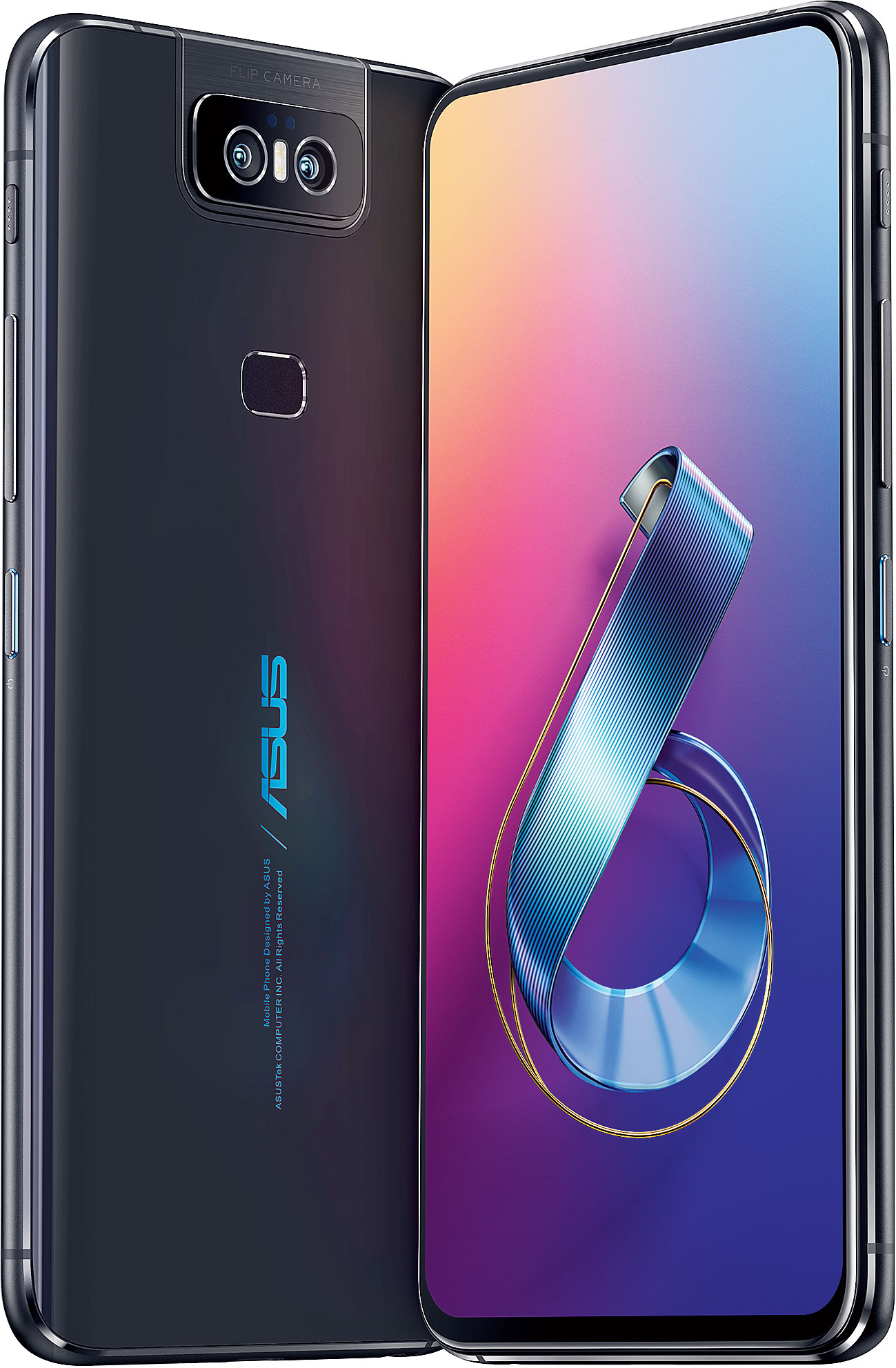 The OnePlus 7 has some serious competition and the latest in the list is the Asus 6Z, which not only packs in top-shelf hardware but also stands out with its unique flip-up approach to the rear camera.

With the 6Z, the rear camera flips up to the front to handle both regular photos and selfies, which allows for a full-screen, notch-free display without compromising on the camera output. That camera, though — I cannot tell you how many jaws this baby drops each day when someone sees the articulating camera flip up into action. And the pictures are worth it, particularly the selfies — there’s no compromise on this front since the excellent 48MP rear camera flips up for selfies. For interesting perspectives, you can even adjust the angle of the camera or play around with the useful 125-degree wide-angle shooter. Rounding out the experience is the top-of-the-line Snapdragon 855 chip with 6/8GB of memory and 64/128/256GB of storage, all expandable via microSD. The ZenUI interface sees a big overhaul and is now a near-stock-Android experience, which keeps things snappy. Excellent battery life (almost two days) and stereo speakers.

The glass-metal sandwich design feels good in the hand and the phone is incredibly light for a device with a 6.4-inch screen and a large 5,000mAh battery inside, yet the rear-mounted fingerprint scanner gives it a slightly dated look, what with all the in-screen fingerprint scanners around. The flip-up mechanism is sturdy, but the motor gets a little loud for my taste and expectedly needs to be handled with a bit of care. Cameras struggle in low light. It lacks an AMOLED panel, though the LCD is plenty bright and sharp. No wireless charging or water resistance, and there’s the odd thermal management issues while gaming. 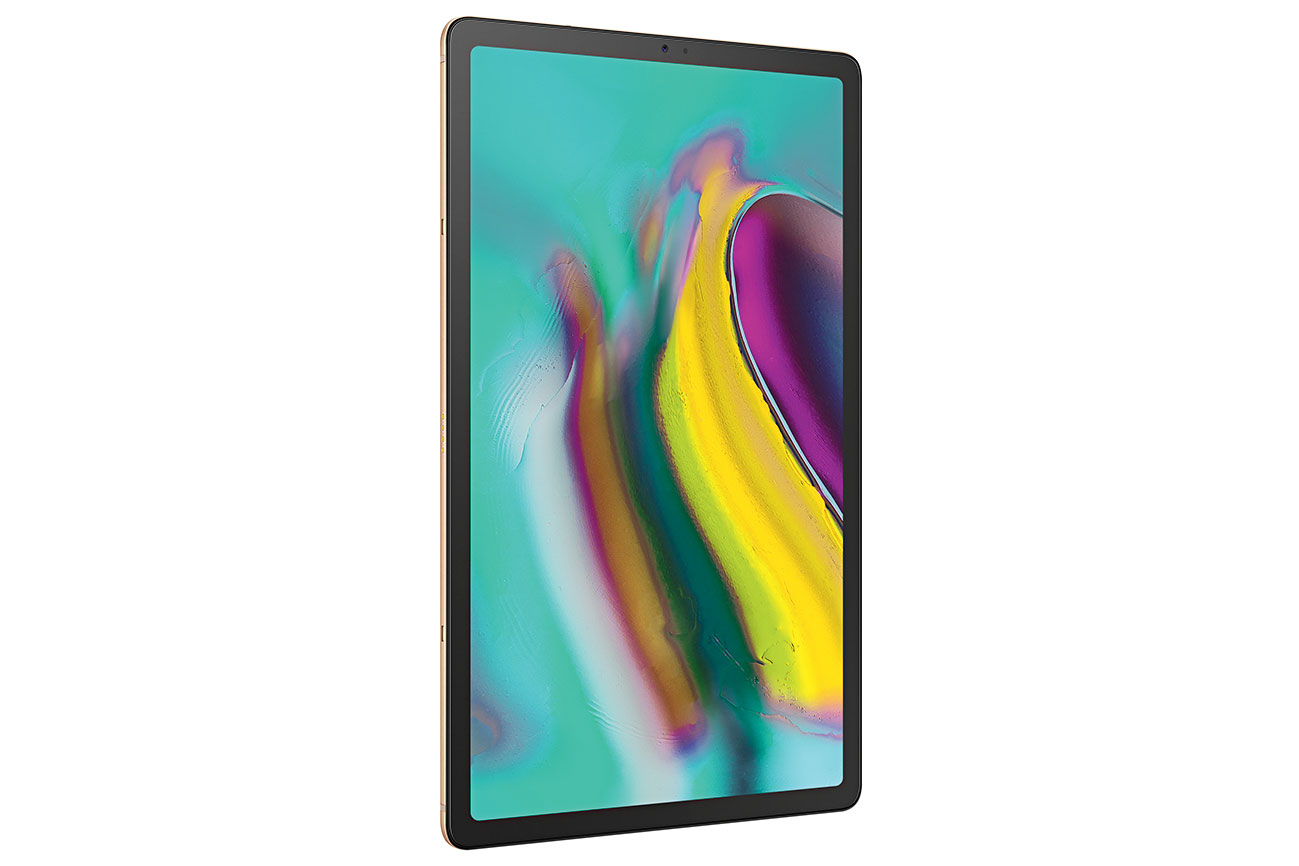 In a market dominated by iPads, kudos to Samsung to continue trying to innovate with its tablets and doing a bang-up job of it. The Galaxy Tab S5e does one better than its predecessors by making sensible hardware choices at a very compelling price point. Worth a look for those considering a tablet without breaking the bank for an iPad.

Samsung’s taken the slick design from the Tab S4, thinned out the bezels and the overall profile to produce a lightweight yet sturdily built tablet that you can hold for significant periods without fatigue. No buttons on the face, instead the power button doubles as a fingerprint sensor. Clearly, the best bit about the S5e has to be its display — a large 10.5-inch AMOLED panel that’s sharp, bright and vibrant, and looks absolutely gorgeous for media consumption. The Qualcomm Snapdragon 670 chip does well to hold up to everyday productivity tasks while stretching the battery out to nearly two full days of work, but it takes a bit of a beating with gaming and the 4GB of memory starts to show when you’re multitasking between heavier apps. The S5e can also run standalone DeX, which drops you into a PC-like environment and is best used with a Bluetooth mouse and the optional Book Cover keyboard case (Rs 7,999).

No headphone jack, a baffling choice on a device that has enough space to pack in the legacy port —fortunately the quad-speaker set-up gets rather loud and sounds pretty good as well. App support for DeX is limited, and there’s no support for the S Pen stylus. 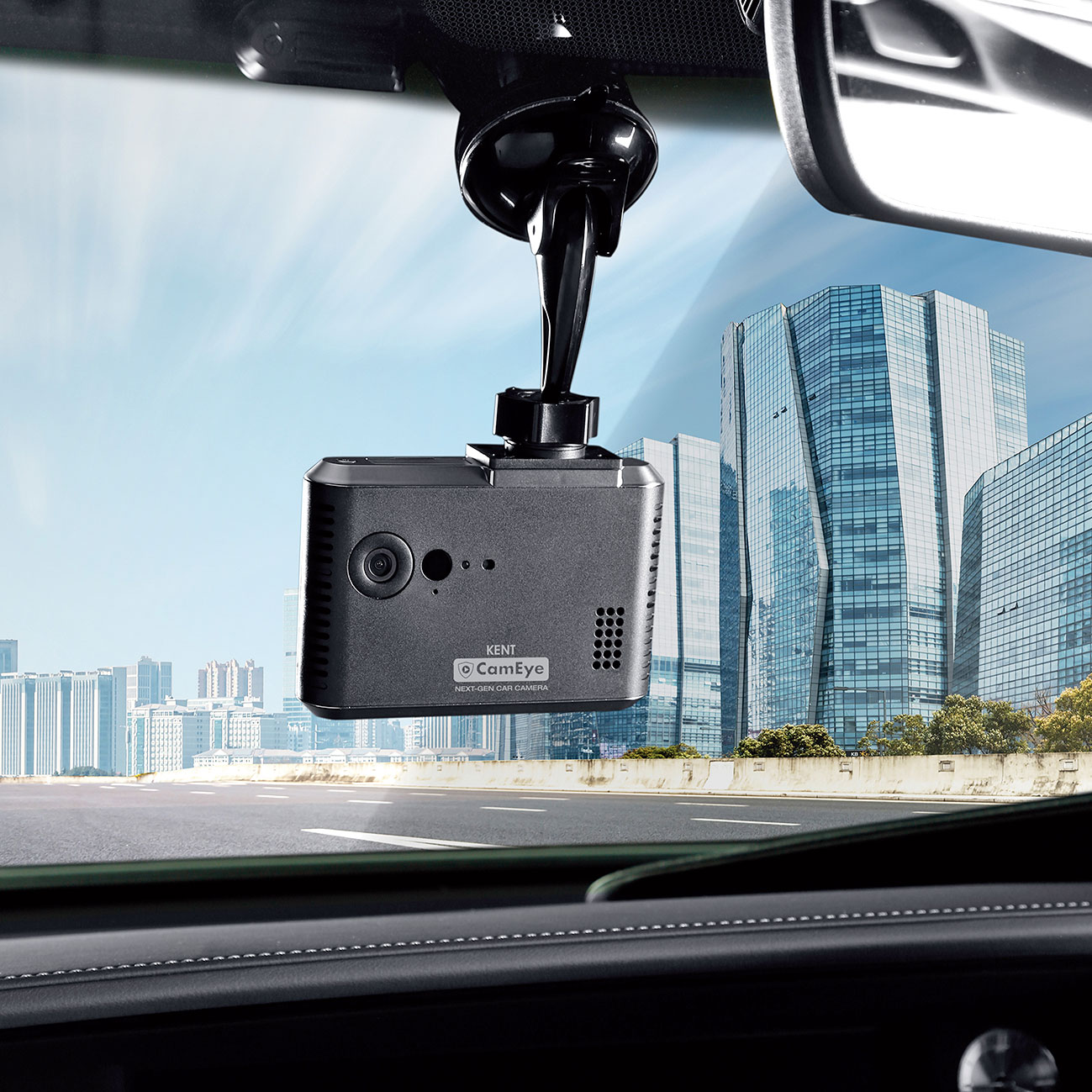 Kent, of the RO systems fame, has an interesting all-in-one dashcam and monitoring solution for those who are primarily chauffeur-driven, and the seemingly steep pricing (plus annual subscription fees of Rs 6,000) will easily be justified by the same folks just for their peace of mind.

Installation is straightforward — you download the app and pair the device, mount the CamEye via the suction mount on your windscreen, fasten down the wiring via the included cable clips and plug it in into the bundled car charger. The dashcam on the CamEye gets a front and rear camera to allow you to keep an eye on the occupants of the car. The quality of the video record and streamed in real-time (via an Airtel SIM) to the phone app is good enough to discern faces and car numbers, even in dimly lit situations. What’s cool is that the camera can be trained to recognise your/your chauffeur’s face and alert you if the car is being used by someone else! Unlike most dashcams though, the CamEye features GPS tracking as well, plus a host of other monitoring, such as how fast the car is being driven and what the ambient sound levels inside the car are. Should there be a situation of concern, you can use the app to talk to the passengers or driver with the built-in microphone and speaker, which is a neat addition. Kent lets you log up to 30 days of trip data and video recordings to the cloud as part of its subscription.

The not-insignificant size of the device means it can get distracting in your field of view. No LCD on the unit to see what the camera is pointing at, all done within the app. Pricey. 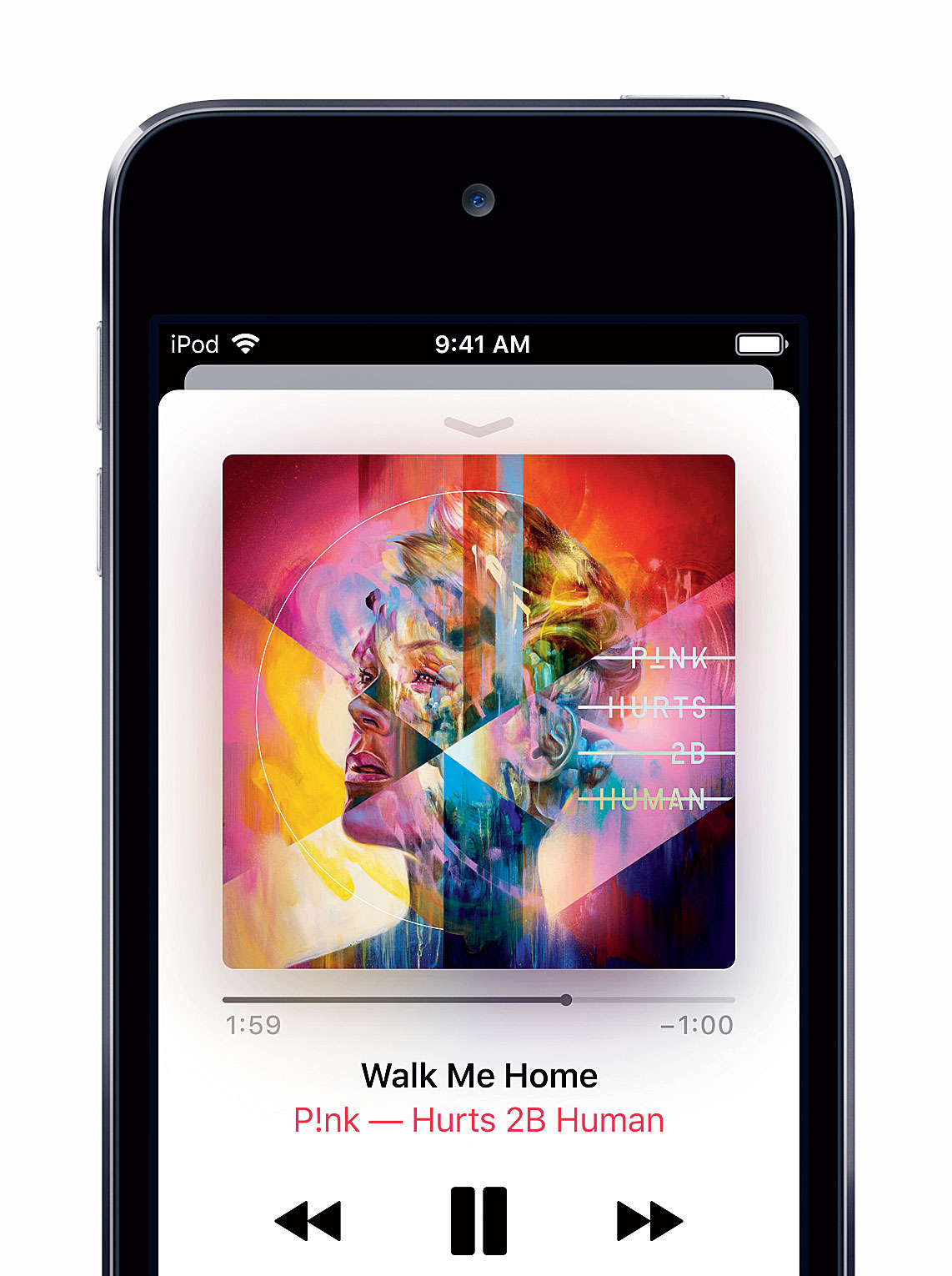 With a modest bump in specs, Apple’s updated iPod touch for 2019 brings in support for the latest software features and updates and higher storage capacities. It’s not for those seeking the latest in iOS hardware, but it makes enough of a case for enterprise, a dedicated media/gaming device or one for developers, or those interested in using the vast array of iOS apps... without having to shell out a hefty amount for the privilege. It’s also the sort of device you can hand to a kid to play the odd casual game without worrying who they’re dialling.

Pick one up, and it surprises how thin and light this device is, especially when compared to the significantly larger flagship smartphones of today, and yet, it’s almost retro Apple design now, with the world having moved onto TouchID and FaceID. Well, at least the headphone jack is retained. It gets the A10 Fusion from the iPhone 7, which brings augmented reality benefits and support for iOS13 and the Apple Arcade gaming service coming later this year. This is a potent and truly carry-everywhere gaming device — graphics look ace, despite the pokey display, and games run smoothly. Plus, it’s an iPod, so its music duties are well taken care of.

What hasn’t changed is the reason for some disappointment — you still get the same 4-inch retina display, the same cameras and the same lack of any biometric authentication that plagued the last generation. Battery life is short.