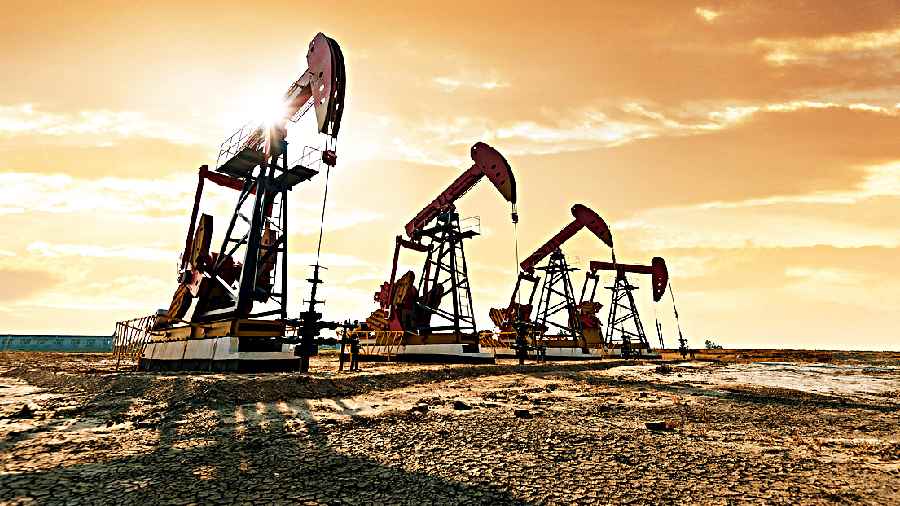 The over half-a-century-long quest for petroleum in West Bengal has finally ended four years ago after a commercially-proven petroleum reserve was discovered in Ashoknagar in North 24-Parganas, 50 kilometres from Calcutta.

The discovery has the potential to change the economy of the state.

The scant presence of oil and the availability of natural gas below the ground in Bengal have puzzled petroleum geologists for decades. Recently, a group of researchers — led by Supriyo Das, assistant professor at the department of geology, Presidency University  — claims to have a clue.

From a geologic perspective, the Ashoknagar reserve belongs to the Bengal sedimentary basin or Bengal Basin, which is one of 26 such basins in India. Petroleum has been found in 13 of those.

Finding the first oil reserve of Bengal has taken almost half a century.

The formation of the Bengal Basin started about 126 million years ago and continued with the rise of the Himalayas. The basin’s evolution witnessed a transition of sediment deposition from marine-estuarine to fluvial-tidal environments, making it one of the largest fluvio-deltaic basins in the world. The oil in Ashoknagar is believed to have been produced in marginal marine deposits more than 20 million years old.

Most of the Bengal Basin is in Bangladesh; only a part of it is in the east and northeast of India, across the states of West Bengal, Tripura and Assam. The history of hydrocarbon exploration in the Indian section of the Bengal Basin goes back to 1959 when Standard Petroleum drilled the first set of wells under the Indo-Stanvac Petroleum Project.

The Oil and Natural Gas Corporation (ONGC) Limited has drilled over 50 wells over the past several decades. Unfortunately, natural gas, primarily methane, has been found instead of petroleum in most places.

The commercial discovery of petroleum in Ashoknagar has brought the Bengal Basin as well as Bengal back on the hydrocarbon map of India.

The team of geoscientists from Presidency, in collaboration with their counterparts from The Netherlands and Japan, discovered the existence of methane-producing archaea thriving at 4.5 kilometres below the surface.

They studied sediments from five ONGC wells around Calcutta and published their findings in Organic Geochemistry.

Archaea, along with bacteria and Eukarya, form the three domains of life. Archaea are often found in extreme environments such as submarine volcanoes, especially under high pressure and temperature conditions. In the Bengal Basin, high temperatures exceeding 100ºC exist four kilometres below the ground.

The researchers found the DNA of two archaea — Methanocella sp. and Methanoformis  sp. — which may survive and produce methane at a temperature exceeding 100ºC in deep  Bengal Basin sediments. These archaeal species are known as “hyperthermophilic” because of their unique ability to thrive at high temperatures.

Devanita Ghosh, a researcher at the Delft University of Technology in The Netherlands and a co-author of the published research, explains that the presence of archaea at such a great depth is a rarity. And that its significance lies beyond the apparent connection to subsurface methane production. It may also be related to the scant presence of petroleum in the Bengal Basin.

Petroleum formation occurs at great depths under high temperatures ranging from 60-130ºC. Being lighter than surrounding rocks, petroleum comes out of the shale after formation. It migrates against gravity through permeable and fractured rocks far from where it was formed.

The migration comes to a halt when the buoyancy-driven movement of petroleum is blocked by impermeable rock. The geologic set-up comprising an impermeable cap rock above a fractured and porous reservoir rock is known as a trap.

The ideal mechanism of petroleum formation, migration and reservoir formation is not always observed. The Bengal Basin is an exception. It is considered that petroleum here is formed in marine deltaic conditions. The basin also lacks conventional traps for reservoir formations. This allows the generated petroleum a complex migration path making the oil exposed to microbial degradation.

Das talks about the possibility that generated petroleum may be transformed into natural gas by the methane-producing archaea at greater depths that have never been examined before. Being lightweight, the Ashoknagar crude oil is particularly vulnerable to microbial degradation. Archaea, like any other microbes, may decompose oil and generate methane as a by-product. The research leads to a clue to the missing oil in Bengal Basin. It further suggests the potential of the Bengal Basin for natural gas with a thermos-biogenic origin instead of petroleum.

Behera is a research scholar at Presidency University, Calcutta, and is the lead author of the article published recently in Organic Geochemistry