First plane without moving parts flown in US 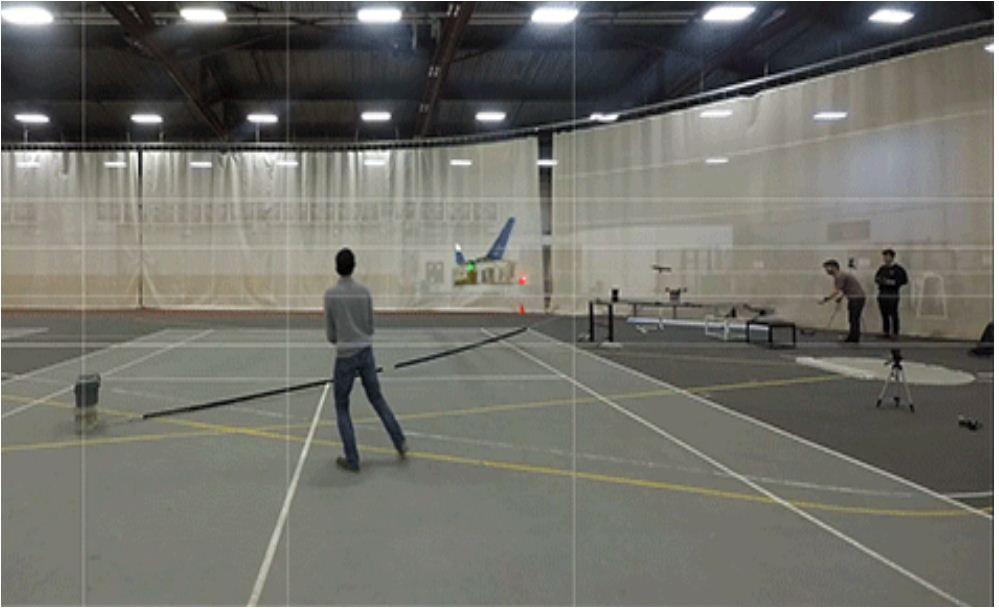 Academic engineers in the US have built and flown the first-ever aircraft with no moving parts and no combustion, portending the possible dawn of a novel aerodynamics technology nearly 115 years after the Wright brothers flew the first heavier-than-air machine.

A 10-member team at the Massachusetts Institute of Technology announced on Wednesday that it had flown the experimental unpiloted aircraft powered by a technology called electroaerodynamic propulsion 10 times in an indoor athletic centre at MIT.

The aircraft which has a 5-metre wingspan and weighs 2.45-kg. It flew distances of 55 metres for durations of 12 seconds with an average flying altitude of just about half a metre. In comparison, the Wright brothers’ first flight on December 17, 1903 — burning fuel and driven by propellers — made 35 metres in 11 seconds.

“We provide a proof-of-concept that may open up unexplored possibilities for aircraft that are quieter, mechanically simpler, and do not emit combustion emissions,” said Steven Barrett, associate professor of aeronautics and astronautics at MIT who led the research.

The engineers have described their work in a paper to be published in the journal Nature on Friday.

Almost every powered aircraft that has flown, including solar-powered planes, have relied on moving parts such as propellers or turbines. The new technology uses a battery, power electronics and a high voltage to produce and accelerate streams of ions — or charged atoms — that transfer energy to air molecules providing thrust to the plane.

The MIT researchers are hoping to advance their work in two directions. “We’ll try to build faster and larger aircraft. It is possible that ion propulsion may have limits on the maximum size we can build. But we don’t know yet that there is such a limit,” Barrett said. “We could also scale down to create extremely small flight vehicles that have not been previously imagined.”

In the long-term, the engineers are hoping to design an aircraft with no visible propulsion system or separate controls such as rudders or elevators. “For it to work at large scale, we need to integrate the propulsion system into the skin of the aircraft so that the aeroplane skin itself would produce all the thrust,” Barrett told The Telegraph via email.

“That would mean there is no distinct propulsion system and the airframe — it would all be integrated.”

The researchers caution that while ion propulsion has no combustion emissions, there is a possibility that ions and high voltages may produce ozone, another worrying emission. “We need to start measuring the ozone production and figure out how engineering might be used to fix it,” Barrett said.

The engineers say they would also need to find ways to protect planes powered by high voltages from lightning strikes.

An aerospace engineer in France not associated with the project said the technology will need to be scaled up and its efficiency increased for practical and real world applications. “The first applications may emerge for high-altitude and silent drones,” Franck Plouraboue at Toulouse University told The Telegraph over the telephone.

Plouraboue, in an accompanying commentary in the same journal, said the question of whether ionic propulsion can fly an aircraft of several tonnes is still open. But, he said, it is possible that in the coming decades, drones or aircraft might use ion propulsion for energy savings possibly coupled with solar panels.

Scientists have known about ion pressure since the 1920s, but after studies in the 1960s, engineers abandoned the idea of ion propulsion for flying, assuming that it is not powerful enough to power aircraft.

Barrett collaborated with David Perreault, professor of electrical engineering at MIT, who used advances in materials, batteries, and electronics to develop a power supply and get the batteries to supply electricity at 40,000 volts to generate the ions.

A general blueprint for an MIT plane propelled by ionic wind. The system may be used to propel small drones and even lightweight aircraft, as an alternative to fossil fuel propulsion.
MIT Electric Aircraft Initiative
Aircraft
Share
Advertisement
Advertisement