While we wait for WWDC, here are four Indian app developers who are making great vibes, with support from Apple 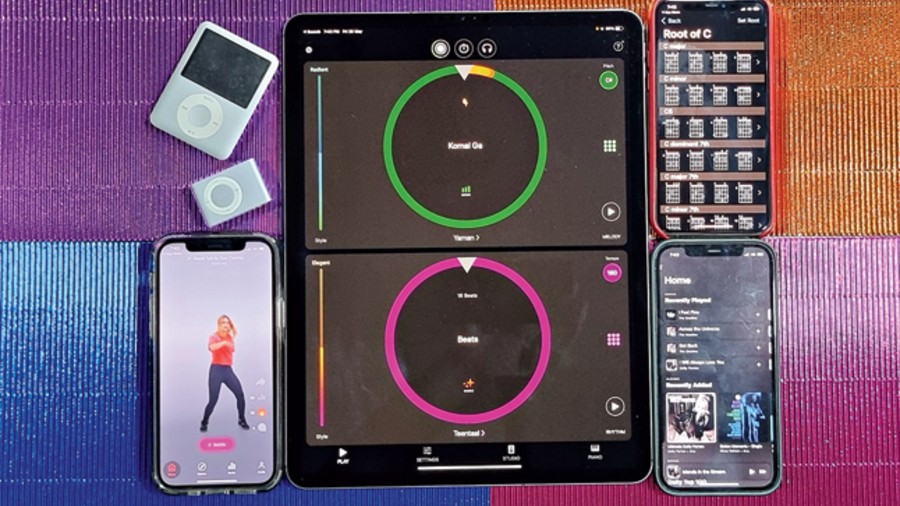 (Clockwise from top right) GtrLib, Marvis, NaadSadhana and Oga are music-related apps that have been developed in India but are finding audiences globally, thanks to the support they enjoy from Apple and its hardware ecosystem.
Picture: The Telegraph
Mathures Paul   |   Published 31.05.21, 01:48 AM

“For GtrLib Chords specifically, I was looking for an extensive chord library. Traditionally, we learned these from books and most books only listed few shapes for every chord and the information was much limited. Most chord library apps were digital translation of these books. Another important aspect I noticed was that most existing chord library apps were built by developers with limited knowledge of music or were built by popular brands by hiring external developers (which does not always translate to a good product),” says Bijoy Thangaraj, the chief programmer and founder of JSplash Apps. He is a music producer and a professional musician who plays the piano and the guitar.

The guitar has been an integral part of his life and his collection includes PRS SE Custom (“My primary touring and studio electric guitar.”), Fender Precision Bass (“It has a unique bass tone that sits perfectly in any mix and I love it.”), Taylor 414ce-R (“The tone of the rosewood body cuts through the mix and requires very minimal processing.”) and Yamaha CS40 Nylon (“I use it to document any song ideas or to refer something on the fretboard while writing code for my apps.”) He also owns a Kohala AK-C Akamai concert ukulele. 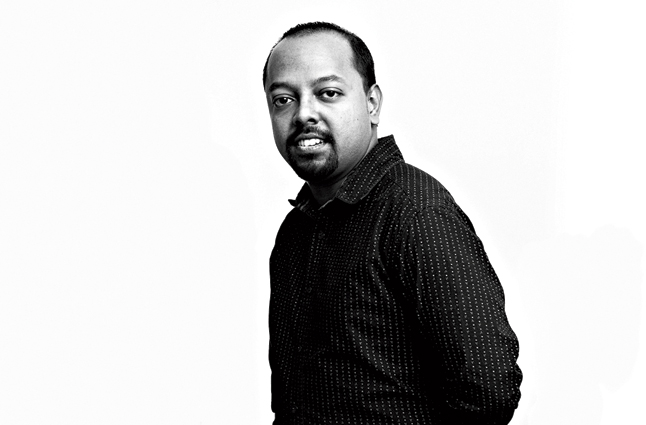 Bijoy Thangaraj of GtrLib Chords
Sourced by the correspondent

Helping him develop apps that work effortlessly is the Apple hardware, which has elevated the music learning experience. “Apple ecosystem definitely has an edge over Android in terms of device fragmentation. I can be more confident of my app running in an Apple device whereas there is always an uncertainty of an app being supported in any of the various devices running Android. Audio apps perform better and consistently in Apple devices. Getting connected with the Developer Relations team in late 2019 has been the best thing that has happened to me ever since I’ve been part of the Apple Developer Program (which I’ve been part of since 2011),” says Thangaraj whose music learning apps — Music Tutor and Aural Wiz — are being used in many schools and have been recommended by many music teachers. His pro-music apps, such as Tuner T1 and Rhythm Pad, are being used in stages and for jamming by popular bands and artistes. 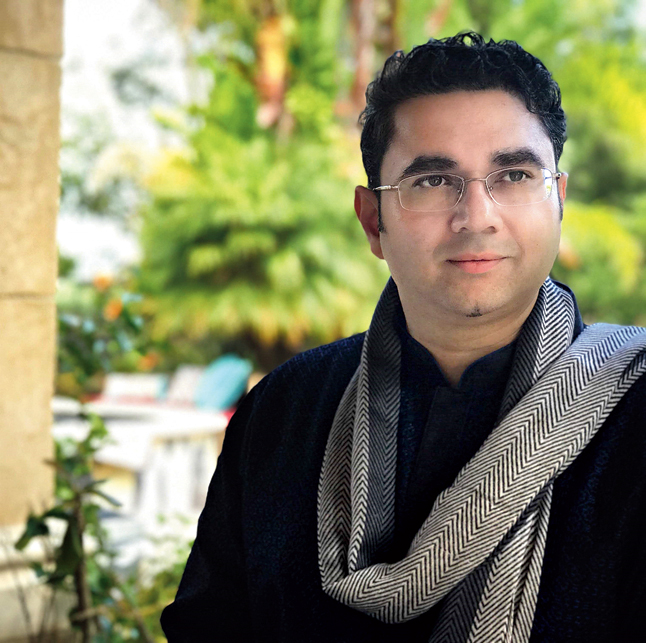 Sandeep Ranade is behind NaadSadhana

A game-changer of an app for classical musicians. You can perfect your notes, tempo, raga, taal and so on with precise audio-visual bio-feedback, score and statistics. It’s possible to get a musical dialogue going and creative juices flowing with intelligent, artistic melody, harmony and rhythm that improvise in real time.

“Even before the pandemic, NaadSadhana had already become a very important companion for me, my students and many users of the app. With the pandemic, it has become an irreplaceable part of the musical journey. As NaadAdhana has evolved, adding functionality like automatic harmony, more melody and percussion instruments, multi-track recording and mixing and improved AI, it has become a one-stop app for practicing, performing and publishing. I have been able to create studio-quality recordings for my music videos, all while working from home, and in the fraction of the time and negligible cost of going to an actual studio,” says Sandeep Ranade, who powers the app. Ranade is also a singer, composer and educator and a student of the late Pandit Jasraj.

As Apple hardware becomes more nimble, Ranade hopes it will “unlock richer, deeper and more intelligent and creative analysis and decision-making”. “Even today, NaadSadhana is an iOS exclusive app because no other platform has a low-latency audio stack or so many building blocks for complex audio processing, neural networks, analysis and so on. As Apple leads the pack in innovations, it’ll make the move to other platforms more impossible than they already are! Events like WWDC, Accelerator Labs and timely support from Apple helps reduce development friction, adopt cutting-edge technology painlessly, and spark innovation,” he says. 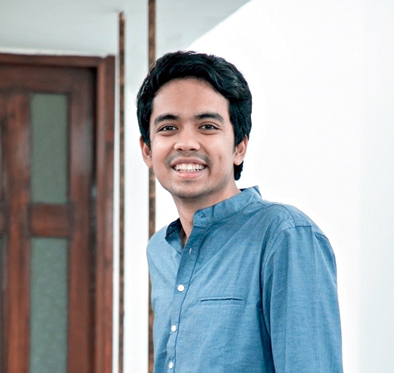 Ashish Rawat has come up with Oga

Whatever your dancing skill level — Shakira or Lorde, Pharrell Williams or Bono — the app Oga will set you free. There’s nobody to judge except you. Thumb through a TikTok-style feed to choose the dancer you want to compete against and then set the phone vertically on the floor to allow the camera to track (without compromising your privacy) your movements before going “three, two, shake”. You can challenge your friends, compete in dance battles and share some whacko moves on Instagram, Snapchat and more.

Behind Oga is Ashish Rawat. The 27-year-old started his career working with different start-ups in solving problems using cutting-edge technologies such as AR, VR, and advanced computer vision techniques. Since his job kept him tied to the desk for long hours, it was extremely difficult for him to maintain a healthy workout routine. Although he enjoyed working out at his local CrossFit studio, he was unable to attend regularly because of his erratic work schedule. Boom, the idea.

The virtual fitness market has seen a massive growth during the pandemic. “We accelerated the launch of our beta stage to ensure that our potential users could get their daily dose of dance fitness which until a year ago was being enjoyed at one’s respective studios. Covid -19 has been an extremely unfortunate time in all our lives, however, the silver lining for us all has been to witness families and friends coming together on our platform, dancing and battling it out whilst competing to know who is the better dancer. All this is provided to our users as part of our virtual in-studio experience,” says Rawat, who has pursued a bachelor’s degree in computer games development from the University of South Wales. 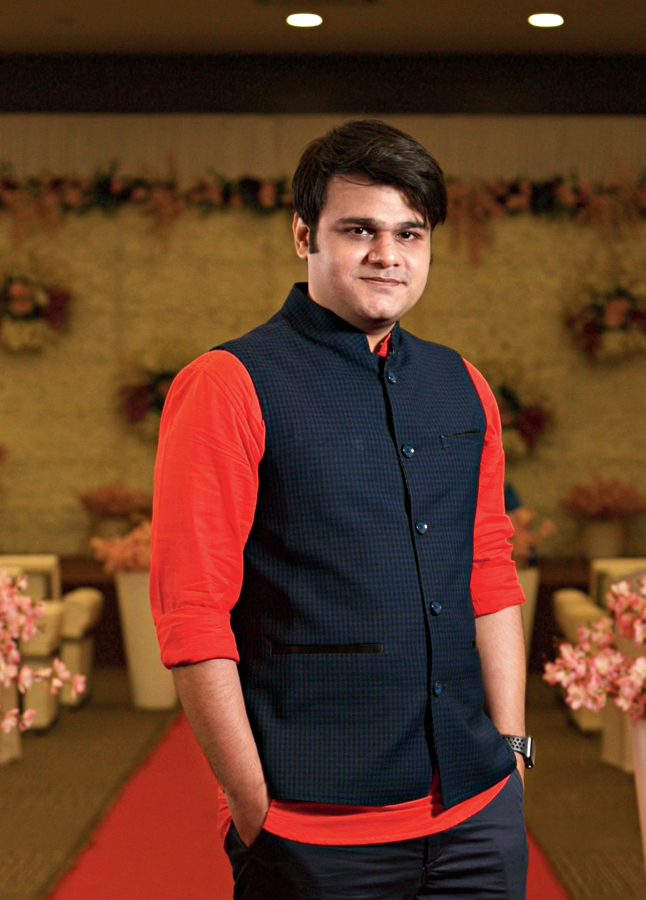 There are times when we want more from the user interface of Apple Music or iCloud Music Library; we want it to more personal. Enter Marvis Pro. A rush of options will keep you busy every other day.

“Being an Apple Music user with a large library of over 15,000 songs, I felt I was always listening to those that were most recently added, because that’s the home page of iOS’ native music app, while there’s certainly playlists, albums and more, it felt convenient to listen to recently added the most because it was right there; call me lazy but I’ve heard this from other users as well. So, in Marvis I built a home page which is a customisable screen which is built from sections of user’s choice, the sections too are customisable and can be built from presets like Recently Played, Recently Added, Most Played, Top Rated, and more, but more importantly the media in the sections can be filtered and sorted with the help of smart rules as the user chooses,” says Aditya Rajveer, an independent iOS developer and maker of Marvis Pro and WidgetPod, available on the App Store.

Born in Dhrangadhra, Gujarat, during growing-up years his mother always wanted him to learn skills beyond what’s taught at school and that included music. The original Marvis was created six years ago soon after he had just dropped out of college. “The MacBook Pro I bought in late 2013 was my first and only Mac for seven years until I finally bought the Mac mini this year. It has seen so much and is still going strong, such a robust machine.”

The man is excited about the upcoming iOS15. “iOS 14 was a massive update because it added support for widgets, and I updated Marvis to support some wide range of widgets, from a NowPlaying widget to a widget that lets you have a Home Section’s data show up in the widgets, something like Recently Played, Recently Added, Top Played, and whatever you can have on Home. But talking about iOS15, we’re hoping for some more system extensions that we can support to take Marvis even further.”