10.8-million-year-old jawbone of ape oldest from the region so far 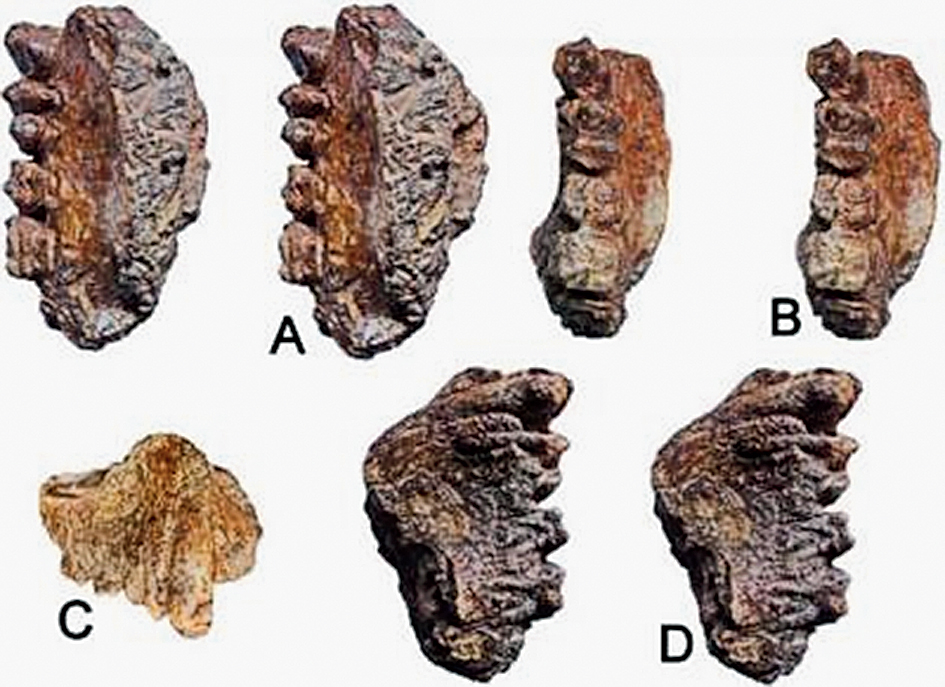 Scientists have found a 10.8-million-year-old jawbone in Gujarat’s Kutch region belonging to an extinct ape called Sivapithecus, previously documented only from sites in the northern Indian subcontinent.

The fossilised upper jaw fragment with canine and molar teeth is the first record of the Sivapithecus more than 1,000km south of all earlier sites in the lower Himalayan regions of northern India, Pakistan, and Nepal, the researchers said.

Sivapithecus, first discovered in the Siwaliks in the 19th century, belongs to the group called hominoids and is viewed as an extinct distant ancestor of the great apes and humans.

“No hominoid fossils this old have ever been recovered so far south on the subcontinent,” said Sunil Bajpai, a senior paleontologist at the Indian Institute of Technology, Roorkee, and member of the research team. “This fossil expands the geographic range of ancient apes in the subcontinent,” he told The Telegraph.

Paleontologist Ansuya Bhandari at the Birbal Sahi Institute of Paleobotany, Lucknow, and her colleagues had discovered the jawbone during fieldwork in 2011 at a site east of Bhuj.

Bhandari said the jawbone was found in an area with multiple mammal fossils, including bones of a primitive horse, as well as rhinos, elephants, and pigs.

Bajpai and Bhandari collaborated with scientists in the UK and the US for microscopic and X-ray CT scans of the jawbone to determine the position of the fossil on the evolutionary tree of hominoids. They published their analysis in the journal PLOSOne on Wednesday.

Hominoids are a group of primates from Africa and Southeast Asia that include gibbons and great apes — chimpanzees, orangutans, gorillas, and humans.

The oldest extinct hominoid remains in the subcontinent are dated at about 12.7 million years and the youngest about 8.6 million years. Sivapithecus specimens had previously been found only in the Siwaliks region — the Potwar plateau in Pakistan, Ramnagar and Hari Talyanagar in India, and the Churia hills in Nepal.