This year’s Nobel Prize in physics has gone to John Clauser, Alain Aspect and Anton Zeilinger who are said to have heralded the Second Quantum Revolution 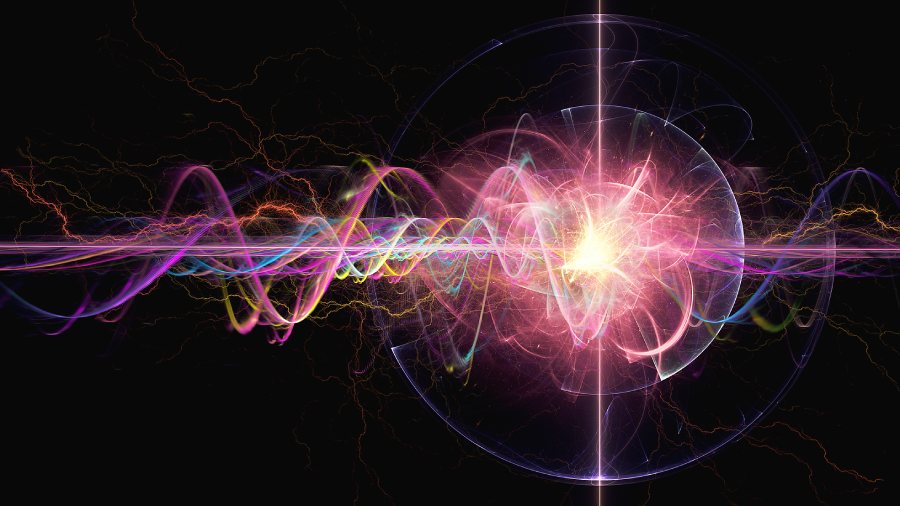 The First Quantum Revolution happened in 1925-27, when the basics of quantum mechanical description of the microphysical world were discovered. Microphysical is  that branch of physics which is concerned with small objects and systems such as atoms, molecules, nuclei and elementary particles.  The Second Quantum Revolution originates from the blending of the deep-seated fundamental implications of Bell’s Theorem, which rules out many hidden-variable theories  with the curious features of what has been called quantum entanglement. It opened up revolutionary ways of achieving completely secure long-distance communication, and incredibly efficient and fast computers, thereby providing the cornerstone of 21st-century technology.

In the standard interpretation of quantum mechanics, the particles cannot be ascribed pre-existing properties independent of their measurement. However, Albert Einstein, Boris Podolsky and Nathan Rosen, together known as EPR, challenged this dictum in 1935.

To understand their key point in a simple way, consider a bomb at rest exploding into two fragments. Classically, we can find out the pre-existing momentum of any one of them by measuring the momentum of the other by using momentum conservation. But in a similar quantum example, since there is no pre-defined property of a particle, it is as if the act of measurement on one quantum particle “creates” instantly the measured value of the correlated property of its partner.

EPR argued that for explaining relationships between measured properties of separated particles in correlated states or entangled states, this would imply unacceptable “action-at-adistance” — a paradoxical feature of quantum mechanics. The EPR argument was largely dismissed as philosophical rumbling.

In 1952, David Bohm analysed to what extent quantum correlations in the EPR example can be explained in terms of pre-determined properties. It was Bohm’s work that made John Bell come up with a game-changing question. Can one experimentally test the validity of any explanation of correlations between measured properties of two spatially separated particles, based on assumptions of pre-measurement  definite values of particle properties and no action-at-a-distance?

By probing this question (as “hobby”) amidst his assignments as a particle physicist at CERN, Geneva, Bell derived a testable mathematical relation (in the form of an inequality) using the above-mentioned assumptions. This relation is violated by quantum mechanics. Thus, the empirical violation of Bell’s inequality signifies that joint properties of spatially separated entangled quantum particles cannot be explained in terms of pre-determined properties of  individual particles. It is as if two separated singers A and B are respectively singing a random series of notes, but it is only if one is able to hear them together that the “holistic harmony” between the two can be realised.

Although Bell’s theorem was widely ignored, a young postdoctoral student John Clauser took up the challenge in 1972 to perform the first experimental test of Bell’s inequality at the University of California, Berkeley, US, along with graduate student Stuart Freedman. By measuring correlations between polarisations of pairs of spatially separated entangled photons, it was found that Bell’s inequality had been violated. But this experiment, too, remained unnoticed.

The next twist came with the chance reading of Bell’s paper by a young French physicist Alain Aspect. He met Bell and he was encouraged to make a crucial improvement of the Clauser-Freedman experiment by rapidly changing the direction along which polarisation of each photon was measured, while still in flight from source to detector. This was necessary to rule out conclusively any possible dependence of measurement in one wing upon the orientation of measurement in the other wing. This was achieved by Aspect at the University of Paris-Saclay during 1981- 82, thereby decisively falsifying Bell’s inequality, in agreement with quantum mechanics.

Subsequently, interest started growing in exploring facets of Bell’s theorem. The breakthrough, opening up its possible applications, came in 1991, when Artur Ekert (University of Oxford) showed how Bell’s inequality can be useful in cryptography for alerting the receiver about hacking, while sending the cryptographic key. This marked the beginning of a new era of entanglement-based secure quantum communication.

Then followed a dramatic use of entanglement in 1993 (called “quantum teleportation”) proposed by Charles Bennett (IBM Research) and his collaborators, outlining the way the state of a particle can be transferred to a distant particle without transporting the particle itself.

It was then Anton Zeilinger of the University of Vienna, Austria, picked up the baton by providing the first experimental demonstration of quantum teleportation in 1997.

Subsequently, Zeilinger and his group conducted pioneering long-distance entanglement-based quantum communication experiments, which laid the groundwork for future global quantum networks or the Internet. This reached a climactic point in 2017 through the ground-breaking works by the Chinese group headed by Pan Jian-Wei (University of Science and Technology of China) using entangled photons beamed from a Chinese satellite called Micius to two different ground stations in China separated by 1,200 kilometres. They demonstrated fully secure messaging between these two stations, and achieved ground-to-satellite quantum teleportation. With these works, one may say entanglement has “moved out of this world into space”.

Dipankar Home, who is senior scientist at the National Academy of Sciences India attached to Calcutta’s Bose Institute, is one of the earliest researchers working in this area for the last four decades. He says, “This story is an inspiring illustration of how creative blending between studies on abstract fundamental conceptual issues and ingenious experiments can eventually lead to cutting-age technologies. It is heartening that an increasing number of young Indian researchers are joining this grand adventure in these exciting times.”