Advertisement
Home / Science-tech / Deliver the goods, come what may

Deliver the goods, come what may 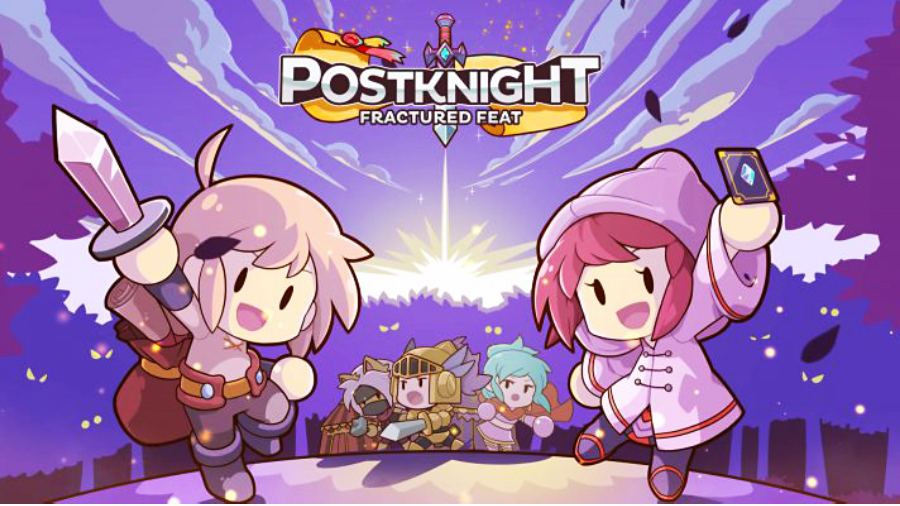 This week we’re looking at an auto-running RPG game called Postknight. It’s an adorable game that boils down a full-blown RPG and delivers a bite-sized experience for mobile.

Postknight is set in a medieval fantasy world, where you control the titular Postknight. Postknights are postmen, who are also knights that fight monsters encountered while delivering mail. Your hero is assigned to Pompon village, where everyone has fled due to a false dragon alarm. On his quest to find the villagers and deliver letters along these dangerous paths, your Postknight walks automatically in a side-scrolling view. As you encounter monsters — which are actually very cute — your character attacks them automatically. This reduces both your health and the enemy’s.

However, you have some basic controls to increase your chances of survival. You can choose to dash attack, defend with your shield or drink a potion to refill your health bar. Every run takes just a minute, if you can survive it. The monsters you defeat along the way drop coins and loot that you earn if you haven’t died before finishing the run.

After completing a run, you come back to the village you’re assigned to. Here, you can upgrade your health and power with the loot you collected in the run. The village is full of fleshed-out characters that seek favours of all kinds. This makes every run a quest to deliver something specific and help out the characters, instead of mindlessly running to score more. Your Postknight can also be friends with certain people (ahem, cute female characters) and can improve that friendship by gifting them special items. There are also villains you chase down and defeat in your duty to help the village community.

As you progress, you unlock more villages, more characters and better weapons. Staying true to its RPG roots, the game offers much depth in its weapons and upgradability. You can select traits you want to upgrade in. Each magical item you collect in your run is used for upgrading a different aspect of your weapon. There are different tiers of armour, which if worn in sets give special perks that you can strategise around. And apart from the main storyline, there are multiple side-quests that give special rewards and introduce more characters.

Although a free-to-play game, Postknight doesn’t pinch you hard for making purchases. There are rewarded ads as well that fill your health bar instantly, but it was never forced and there isn’t a lot of grind. The only problem is that even though the runs were short and sweet, it took way too long to start the next run.

VERDICT: Postknight is a great bite-sized RPG you can play mindlessly like an idle game but which offers much more depth. Along with its humorous tones, the game has the right balance of idle, strategy, story and combat to scratch the “RPG” itch without diving hard-core into it. I would rate it eight out of 10.