Critics say scientists shouldn’t run experiments that might make viruses better able to spread... given the small but real chance that these may infect lab workers and escape into the outside world 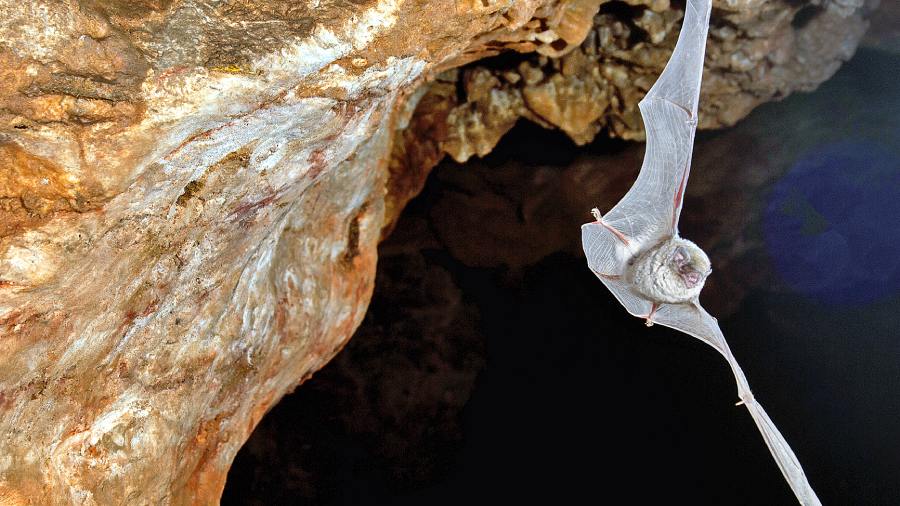 In mid-2020, a team of scientists catching bats in Laotian caves discovered coronaviruses that were strikingly similar to the one that had begun wreaking havoc around the world.

In the months since, some of those researchers have been studying one of these mysterious bat viruses in a high-security laboratory in Paris, France, hoping to discover clues about how its cousin, Sars-CoV-2, went on to become a global threat that has killed an estimated 15 million people.

Their work has been scientifically fruitful. Last year, the scientists discovered that the bat virus was capable of latching on to human cells, at least in petri dishes. Last month, the team reported more reassuring news: that the virus is not particularly harmful to lab animals. The finding suggests that Sars-CoV-2 evolved its abilities to spread quickly and cause deadly disease only after the two lineages branched apart on the viral evolutionary tree.

If the Laotian virus were to ever jump from a bat to a person, the new research suggests, it might cause a mild stomach bug rather than life-threatening pneumonia. Nevertheless, lab experiments like these rekindle a long-standing debate among scientists about the wisdom of tinkering with viruses that are so closely related to a known pathogen.

Proponents argue that this kind of data is crucial for understanding — and thus preventing — pandemics. For example, the new studies have tested whether bat viruses could evolve a “furin cleavage site”, a feature of Sars-CoV-2 that allows it to efficiently infect human cells.

“Our motivation was to try to give some insight regarding the origin of Covid,” said Marc Eloit, a virus expert at the Pasteur Institute in Paris who is leading the effort.

However, critics say that scientists should not run experiments that might make viruses better able to spread among people, given the small but real chance that these altered pathogens might infect lab workers and escape into the outside world.

The bat virus at the centre of Eloit’s experiments came to light on an expedition to limestone caves in northern Laos in the summer of 2020. A team of Laotian and French researchers caught bats flying out of the caves and took samples of their saliva, blood, urine and faeces.

Once back in their lab, the scientists found that BANAL-236 can infect human cells by binding tightly to the same protein that Sars-CoV-2 uses to gain entry. In February, the researchers published these findings in Nature.

Recently, they released a second wave of results, now under review by a scientific journal, in which they investigated the virus’s behaviour in laboratory mice and monkeys.

In one experiment, the scientists injected the virus into genetically engineered mice commonly used to study Covid. Sars-CoV-2 replicates quickly in their lungs, just as it does in people, causing them to lose weight and die.

BANAL-236, by contrast, struggled to take hold in the animals’ lungs, producing only about 1 per cent of the viruses created in a SarsCoV-2 infection.

Eloit suspects BANAL236 is milder because it lacks a key feature important to the success of Sars-CoV-2.

After a new Sars-CoV-2 virus is created in a cell, its spike protein changes shape, with an effect like spring-loading a crossbow. When the virus then binds to a new cell, the primed spike protein shoots out molecular bolts that draw it into its new host.

This shape-shifting region of the spike — known as the furin cleavage site — is crucial to the success of Sars-CoV-2. When scientists have engineered viruses lacking this site, the mutants struggle to replicate in the lungs of lab animals or spread to new hosts.

The Pasteur researchers removed lung tissue from mice infected with BANAL236 and used the tissue to infect healthy animals. They then repeated the cycle, transferring viruses from mouse to mouse. In another experiment, they infected a dish of human intestinal cells with BANAL-236, then used the new viruses produced by the cells to infect new dishes.

But for both experiments, Eloit and his colleagues decided against going as far as 11 transfers, stopping at six.

Scientists have been running such evolutionary experiments — known as serial passage — for more than a century. In fact, vaccines for a number of viruses such as yellow fever were created by growing them in the lab. The viruses evolved in petri dishes into milder forms that were safe to inject into people.

Eloit said a Pasteur Institute committee that reviews potentially risky biological research authorised his team’s proposal for studying the new bat viruses. The scientists then carried out their experiments at the same level of security as their other work with the coronaviruses, known as Biosafety Level 3, or BSL-3.

Dr Tom Inglesby, director of the Johns Hopkins Center for Health Security at the Bloomberg School of Public Health, US, said it was good that the scientists put thought into these potential risks. But he also said he wanted to see a clear rationale for deciding that six passages were safe.