Advertisement
Home / Science-tech / Chandrayaan-2: Is this India's path to a space station or a race with China?

Chandrayaan-2: Is this India's path to a space station or a race with China?

If everything goes as planned, Vikram is likely to do a soft land on the moon’s surface in the first week of September 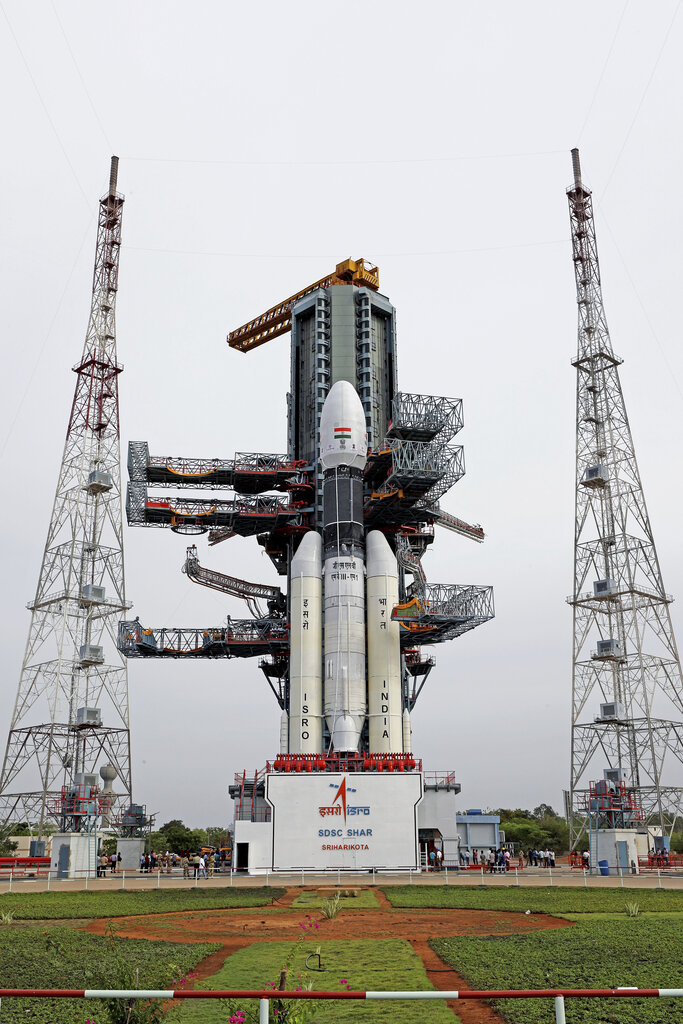 Before soft landing, many countries conducted impactor crash landings on the moon, including India’s Chandrayaan-1. Isro scientists had sent a moon impact probe which crash landed near Shackleton Crater at the south pole of the lunar surface.

Three decades later, with China and India sending out one mission after another, a race seems to be on.

In January 2019, three weeks after Chang’e 4 landed on the far side of the moon, India sent 104 satellites to space.

Soon after, Prime Minister Narendra Modi in his radio address Mann Ki Baat announced that India will “soon register a presence on the Moon through the Chandrayaan-2”.

On March 27, just before the general elections, India conducted Mission Shakti, an anti-satellite missile test to demonstrate its ability to blow up a satellite in outer space. The fourth such country to do so, after the US, Russia, and China.

The Chandrayaan-2 mission, if successful, will make India the fourth country to soft-land a probe on the moon and the first to reach the satellite’s south polar region.

On July 22, when the mission blasted off, was two days after the 50th anniversary of man’s first step on the moon.

On July 20, 1969, Neil Armstrong and Buzz Aldrin did the first moon walk as part of the Apollo 11 mission. In all, only 12 American astronauts have walked on the moon. Eight are dead.

The detail indicates a generational separation between the manned missions of the late 1960s and ’70s, in which India has no significant mention, and the unmanned missions.

The Chandrayaan-2 mission consists of an orbiter, a lander (called Vikram after Indian space research leader Vikram Sarabhai) and a rover, called Pragyan, which in Sanskrit means wisdom.

After Apollo 17, which was the last manned mission to moon by Nasa in 1972, the Soviets sent a few robotic spacecraft to the moon.

In December 2013, China’s Chang’e 3 soft landed a rover on the moon. In January this year, Chang’e 4 became the first spacecraft to land on the far side of the moon, the one not facing the earth. 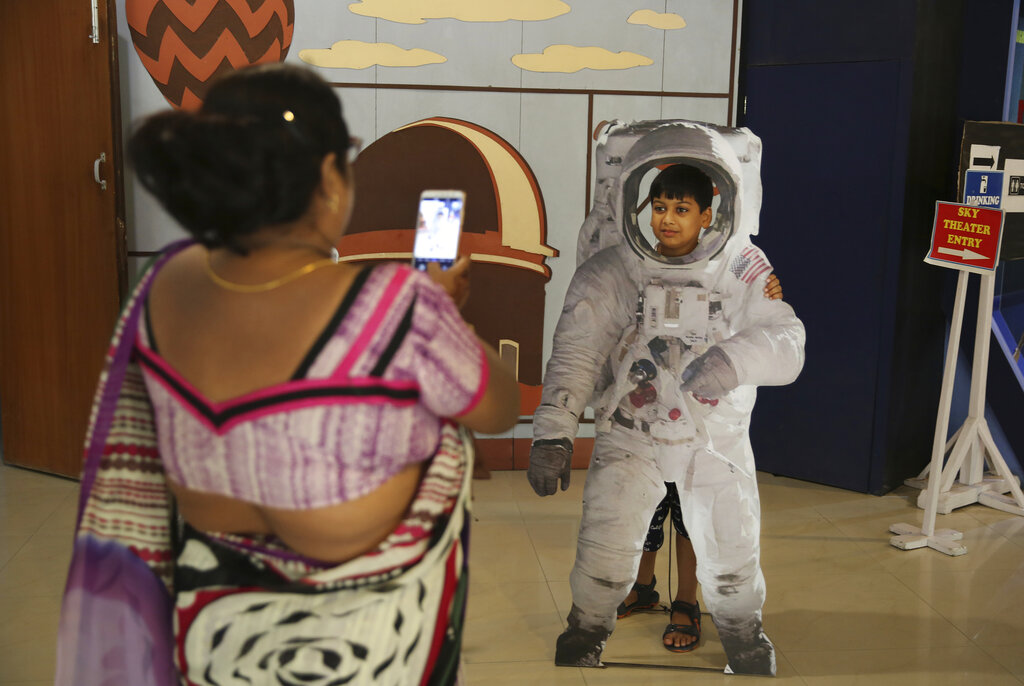 An Indian woman takes a photograph of her son as he poses in a cut-out of an astronaut at the Nehru Planetarium in New Delhi.
AP

“This renewed interest is mainly to possibly establish a manned or unmanned observatory, which can become a permanent set-up for space exploration and so on,” said former Isro chairman G Madhavan Nair.

The Chandrayaan-1 orbiter, Isro said, had “conclusively discovered traces of water” on the moon. The space agency also said that the first moon mission also discovered water ice in the North polar region.

Nair told this news website that the joint experiment by Nasa and ISRO with Chandrayaan-1 confirmed what was hypothesised by an American orbiter a decade earlier.

Sreekumar further said that to understand the origin and evolution of the moon new investigations and higher data quality is needed.

Nair had similar views. “We expect presence of water in the polar regions only. The type of environment there, in terms of temperature, radiation etc, is not known. It is a new area which can be explored for future missions,” he said.

In 1998, Nasa’s Lunar Prospector, an orbiter built by American defence contractor Lockheed Martin, is said to have first detected the presence of water ice at the lunar poles. But an impact experiment, conducted by crashing the spacecraft near the lunar south pole couldn’t detect water. But a decade later, Chandrayaan-1 detected water molecules.

Chandrayaan-2 will attempt to soft land its Vikram module on the lunar surface and deploy the six-wheeled Pragyan to conduct scientific experiments. If everything goes as planned, the soft-landing is expected by the first week of September.

Vikram and Pragyan are expected to be operational for one lunar day, which is equal to 14 days on earth. Powered by solar energy, the rover can travel up to 500 m from the spot of landing. The orbiter is supposed to work for a year.