Caution: IMEI number can be spoofed 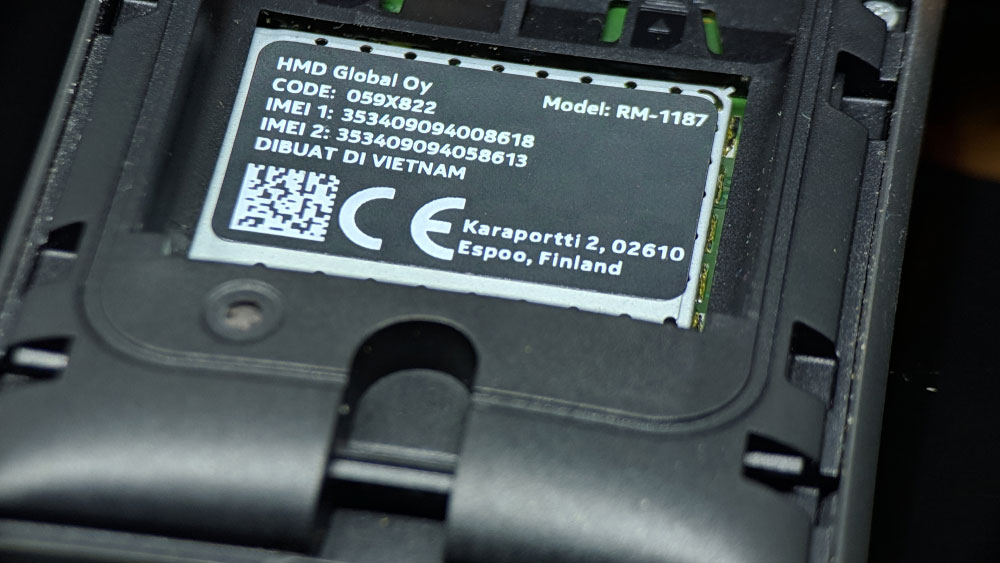 It indicates your phone’s manufacturer and model as well as the bands and frequencies it supports. If you were buying a second-hand phone and wanted to know whether it was stolen or not, you would want to check first if it was reported missing.
(Shutterstock)
Surit Doss   |   Calcutta   |   Published 20.10.19, 07:12 PM

Q To check whether the new mobile phone I had given to my son was genuine or not, I entered its IMEI number on the website www.imeipro.info. Is it safe to give out the IMEI number?

An IMEI (International Mobile Equipment Identity) or MEID (Mobile Equipment Identifier) is a unique number exclusive to your phone. It indicates your phone’s manufacturer and model as well as the bands and frequencies it supports. If you were buying a second-hand phone and wanted to know whether it was stolen or not, you would want to check first if it was reported missing.

In India, you should check the IMEI number from the government’s Central Equipment Identity Register (CEIR) website at https:// `www.ceir.gov.in/Home/index.jsp`. On the site, under Applications, you will find IMEI Verification. You will be first asked to input your mobile number after which you will receive an OTP. Only after that can you enter the IMEI number.

This site was launched to check the counterfeit mobile market and discourage theft. You should avoid giving out the IMEI number to random websites because this number can be spoofed.

Turn on the light

Q Is there an easier way to turn on the flashlight on a smartphone instead of swiping down from the top and then finding and tapping the torch icon?

If you don’t like talking to your phone, Android users can instal an app called Shake Flashlight & Camera. Shake the phone twice and the torch will come on. Turning your wrist quickly twice will bring up the camera.

qI recently bought an HP 15-inch laptop with an i3 processor. It came with an anti-virus subscription, which has expired. The laptop has since become very slow. Should I uninstal the anti-virus software?

It would not be wise to uninstal it as you do need anti-virus software on your machine and you have to renew it every year or two. If you have Quick Heal, get rid of it and instal either Kaspersky Anti-Virus (https://www.kaspersky.co.in/antivirus) or Bitdefender AntiVirus Plus 2020 (https://www.bitdefender .com/solutions). Choose whichever of the two is within your budget.

Q I have an Apple 10.5-inch iPad Pro running iOS 13. I would like to gain access to my legacy USB-A flash drives. What do I have to do?
Ajit Kundu

Your 10.5-inch iPad Pro is equipped with a lightning connector and not the USB-C port that comes with the 2018 and 2019 versions of the iPad Pro. To connect USB-A devices to your iPad, you need Apple’s Lightning to USB Camera Adapter or third-party adapters. I would suggest you buy one from Apple.

The new iPadOS will help you easily manage files on the iPad. After you connect the adapter, your iPad will automatically open the Photos app that will let you select which photos and videos to import. When you use this adapter you cannot access other files such as music and PDF on the flash drive.

To transfer files other than photos, I would suggest you log into your iCloud account on your computer and upload the files to the iCloud drive. They will then become available on the iPad through the Files app.

Q I want to resize the desktop icons on my Windows 10 PC. How do I go about it?

There are two ways you can do this. Right-click on an empty area on the desktop, and select View. You can choose one of the three sizes—large, medium or small. But a better way is to press Control on the keyboard and roll the mouse wheel. Rolling it forward will increase the size and rolling it in the opposite direction will decrease it. This way you get the size you want.