Bots in our Blood 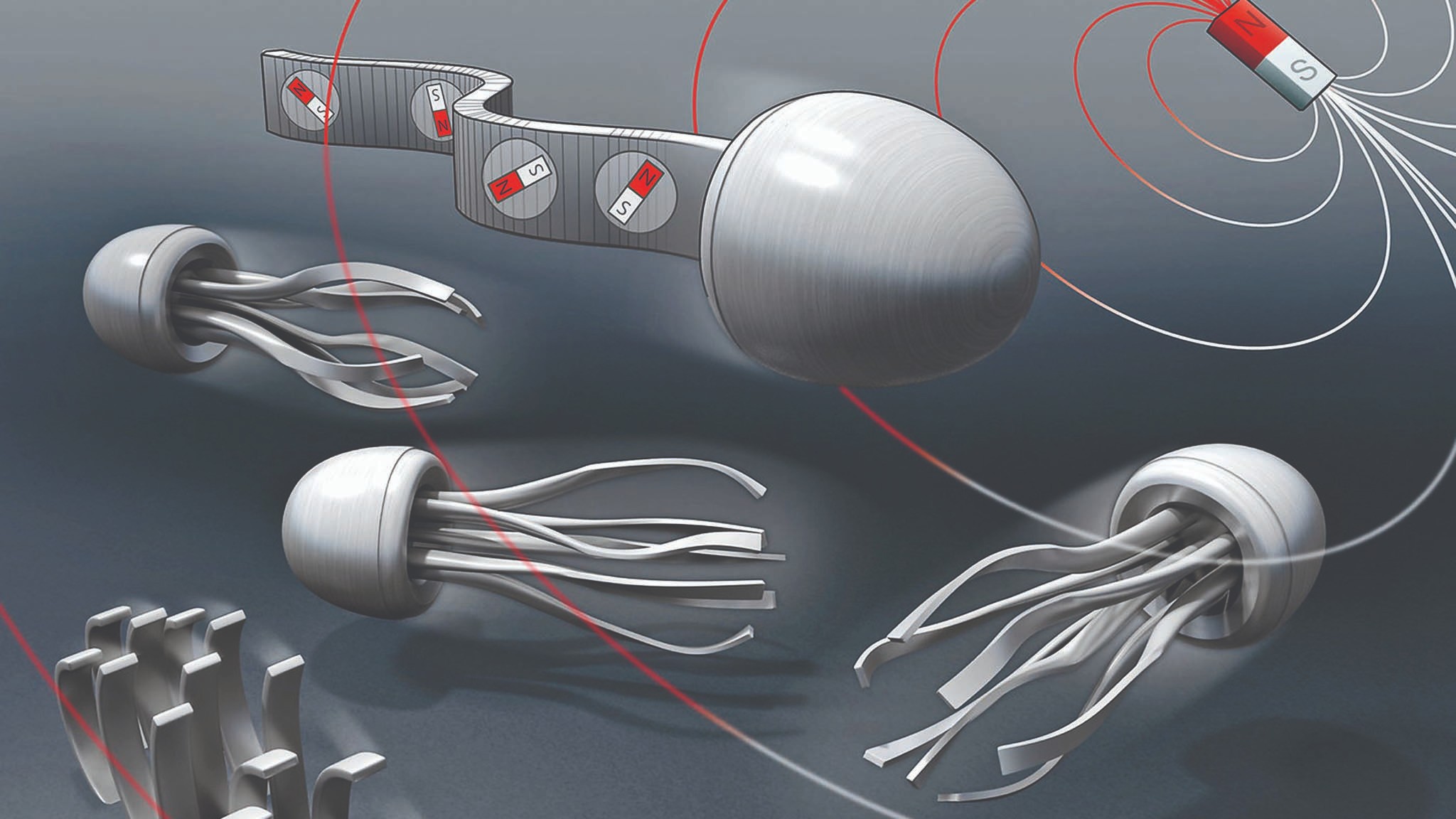 These tiny robots are made of flexible material that can be controlled by an external magnetic field
Max Planck Institute for Intelligence Systems
Prasun Chaudhuri   |     |   Published 30.11.20, 02:29 AM

Creatures fascinated young Metin Sitti, be they birds, insects, small animals or marine creatures such as jellyfish. Growing up in Kemer, a small town by the Mediterranean in southern Turkey, the curious boy had a ringside on the movements of a range of creatures.

Today Sitti is the director of the Max Planck Institute for Intelligence Systems in Stuttgart, Germany, and has a range of creations in his lab that were inspired by the creatures he studied as a boy. There is a robot that climbs walls like a gecko, one that skims across liquid surfaces, a tiny robotic bird and robots that mimic insects. His current focus is on creating robots that are tinier than insects or even microbes. He wants to send these tiny bots into the human body to perform the miraculous feat of diagnosing and treating critical diseases. The minuscule —  micro and nano —  bots can be precisely mapped and manipulated inside the body by magnetic resonance imaging (MRI) and positron emission tomography (PET). These wireless robots can identify disorders, such as a tumour inside the brain, or deliver medicines to far-flung niches of the body, such as a clogged artery, with utmost precision.

Sitti’s invention, named Wireless Medical Robots Inside Our Body, was chosen as the breakthrough work of the year in the Engineering & Technology category at this year’s Falling Walls Conference in Germany. The conference is an annual science event held in Berlin on November 9, the anniversary of the fall of the Berlin Wall. The one-day conference showcases the best research work of international scientists from a wide range of fields. After the award was announced, Sitti remarked, “Microtechnology and robotics gave me the opportunity to turn my fascination with nature and its creatures into an important part of my work.” Joel Mesot, president of the Swedish research university ETH Zurich, headed the 10-member jury that chose the winner of the Engineering & Technology category this year. Explaining why Sitti was the unanimous choice, he said, “Dr Sitti’s research points the way to a revolution in medicine… The idea is that one day micrometer-sized soft robots will be able to deliver medicines or therapies in the human body with pinpoint accuracy or even perform biopsies. This brings us one step closer to non-invasive robot-supported medicine.”

The recently innovated “untethered miniature swimming robots” at Sitti’s lab mimic jellyfish moving through fluids. The soft microbots — just three millimetres in diameter, roughly the size of common baby jellyfish (Scyphomedusae ephyra) —  can move around in multiple ways. These prototypes can crawl, roll, swim, jump and slide with ease as they are designed and made in the lab using soft materials — magnetic composite elastomers —  similar to a flexible rubber band. This material was chosen “because it can be actuated and controlled wirelessly and fast by remote magnetic fields, which have minimal effects on the fluidic flow under investigation. We can control them remotely by changing their shape from outside,” says Sitti. “They are not at all invasive and do not harm the body. Neither do they provoke the immune system that’s likely to attack them assuming foreign intruders in the body.” 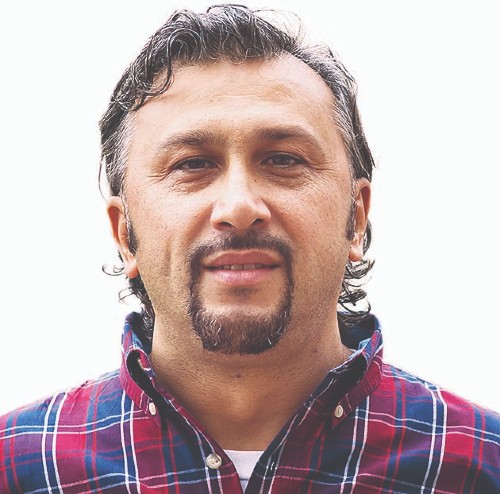 After his presentation at the conference, when asked  whether there is any danger of losing the robots inside the body, Sitti tells The Telegraph, “We equip the soft robots with tiny magnets that can be excited from outside with precision via an electromagnetic field. We monitor them through an imaging device [MRI or PET scanner] and manoeuvre accurately.” Therefore, there is little fear of them being misplaced inside the body. It is the first time that such a minuscule robot (the size of a grain of rice) “combines so many types of movement capabilities”. This would allow it to “move in practically any part of the body.”

In other words, by applying magnetic fields in different directions and at different speeds, Sitti’s team can steer these extremely sensitive robots and change their behaviour in our body.

Existing small-scale robots have limited ability to move because they are unable to negotiate obstacles and changes in texture or material in unfamiliar environments such as that inside our body. Most contemporary medical robots —  especially those used in laparoscopic surgery or prostate, orthopaedic, brain and heart surgery —  are large, wired bots that work outside the body and are products of research conducted since the 1980s. These are quite risky because the slightest mistake can severely harm a patient.

The most obvious application for these tiny swimmers is targeted delivery of drugs to specific parts of the body without spillover or adverse effects on healthy tissues, especially during chemotherapy. But how will they reach far-flung corners of the body, I enquire. He responds, “The robots can be delivered via a catheter to a tumour in the bladder, for instance. They can also be despatched to the Fallopian tubes in women to treat infertility or enable birth control. The robots can also be used to guide weak sperms towards eggs.”

Sometime in the future, the robots can also be trained to perform minimally invasive surgery. But it will take perhaps a decade, or more, to put these experimental robots to clinical use in humans. First of all, the robots need to cross a series of safety trials.

In the 1966 cult sci-fi movie Fantastic Voyage, a surgical task force is shrunk down to microbe size, packed into a tiny submarine and injected into the bloodstream of an ailing scientist. The team moves through the capillaries and organs of his body to break up a blood clot in his brain. Sitti’s research is an example of real life emulating fiction, in deed if not exactly in word.