Things you do on a website offer social media platforms nourishment in the form of data collection, a process that’s largely invisible to the user 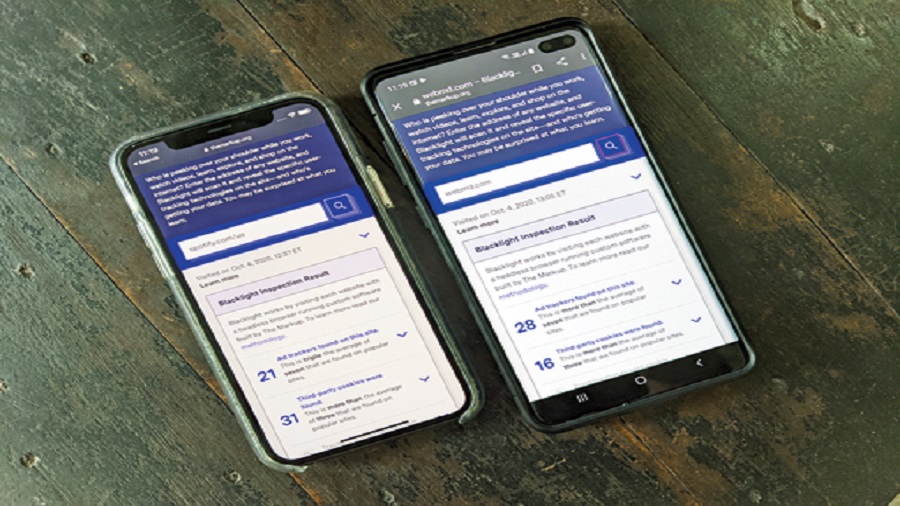 After visiting a website, one can only assume to have left the website behind. But what you carry forward is at times a mess of privacy. When was the last time you complained of advertisements related to what you were reading about or searching for on a website? Things you do on a website offer social media platforms nourishment in the form of data collection, a process that’s largely invisible to the user. There have been times when users have said something like, “How does this social media site know that I was looking for books about wrestling?” It is made possible by trackers.

To help you find out if you are being tracked in an almost opaque digital world, try using a tool called Blacklight from The Markup, a nonprofit investigative news site. Its creator is  Surya Mattu.

The types of surveillance that Blacklight seeks to identify are third-party cookies, ad trackers, key logging, session recording, canvas fingerprinting, Facebook tracking and Google Analytics “remarketing audiences”. For the sake of clarity, Blacklight “tests for third-party cookies — trackers that send data to others, not the website you are currently scanning”.

Using Blacklight, The Markup “scanned more than 80,000 popular websites” and found that “third-party tracking is just as pervasive as it was 10 years ago — but it has become creepier”. The team found out that cookies are still widely used — 87 per cent of websites surveyed loaded some type of third-party tracking technology.

There is another tool that can inform users about trackers — Apple’s Safari 14 browser update. With Safari one has to visit the site to know about the trackers but with Blacklight the user is given the context about what companies are associated with which trackers and what those companies do. Blacklight is an information tool that’s far more accurate.