All about Apple’s HomePod Mini

If you are looking for a power-packed sonic punch from a smart speaker, then this speaker hits it out of the park 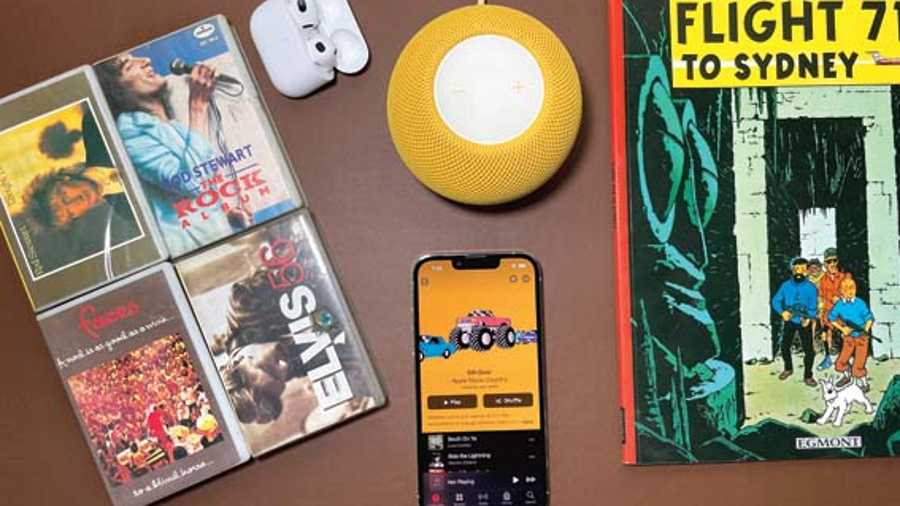 The colourful HomePod Mini from Apple is small in size but it’s big in way of sound and it has several smart features.
The Telegraph
Mathures Paul   |   Published 25.11.21, 01:00 AM

I have painted the walls pale violet. The ground with checked material. The wooden bed and the chairs, yellow like fresh butter; the sheet and the pillows, lemon light green. The bedspread, scarlet coloured. The window, green. The washbasin, orangey; the tank, blue. The doors, lilac. And, that is all,” Vincent van Gogh wrote to his brother Theo about his painting ‘The Bedroom’. A bold use of colours — be it in way of a coat of paint or placing objects — is a brave move, and that’s something the new range of Apple’s HomePod Mini brings to life.

The bright 3.3-inch high smart speaker is headed straight for the rooms of almost every Apple user but it’s also important to remember that colours are simply meant to catch the eyes and once you buy the speaker, it will blow your mind with the soundstage, which is far better than the Amazon Echo Dot or Google Nest. But we will come to this element later.

There’s more to it than only music

The HomePod Mini allows you to discover more about the Apple universe. So, you have an iPhone and want a smart speaker for casual music listening. This is the device to have in the kitchen, the bedroom or the living room.

Setting up the HomePod Mini is as easy bringing your iPhone near it. Seriously. And once a round of ‘Siri, tell me a joke’ and ‘Siri are you alive?’ is over, you will discover what’s possible with this tiny device.

We are still at home… most of us… most of the time. This also means our phones are on the same Wi-Fi network as the HomePod Mini. If that’s the case, you can make calls via the Mini. I want more. In the last few days, I made Siri on the HomePod Mini take down notes… more like ramblings when ideas for articles hit me in the middle of the day. Siri “created” Notes and voila.

In case you decide to get two HomePod Minis, the game changes in the bedroom. You can easily connect the two to listen to music — Sergei Gainsbourg to Barry White to Marvin Gaye — with amazing results. Or, you can connect it to Apple TV and enjoy a soundstage that’s far better than what your TV’s speakers have to offer.

Allow Siri to pull up the calendar and read it for you or — and this one’s my favourite — use it as an intercom. Say you have multiple Apple devices connected to the Apple Home. Wake up the Intercom facility through Siri and get your speech/shout out/ rambling/call/warning… heard on all the devices.

And, of course, there’s music

When it comes to sound, HomePod Mini sort of “defies” physics. Well, it’s not as booming as the original HomePod which was massive in size but had limited smarts; this one is a whizz-kid. Anyway, the changes that have come to Apple Music helps to have a powerful device like HomePod Mini.

You can place this device anywhere in the room, yet enjoy the same quality of sound no matter where you are... 360 degrees. The bass is still bombastic and there is vocal clarity. In fact, even at max volume you won’t find any distortion. There are four microphones on the device, so no matter the volume at which music is playing, your voice commands will get picked up.

The feature that I enjoy most involves bringing the iPhone close to the HomePod Mini and your music is somewhat snatched from the phone and gets played on the speaker. It happens instantaneously. Equally helpful is when you are listening to podcasts because the sound quality is crystal clear.

The HomePod Mini will be the perfect device when it comes to the new Apple Music Voice Plan (yet to launch in India), which depends on Siri

Frankly, I don’t know why Apple didn’t introduce these colours last year. Also, why has Apple skipped a purple variant, which looks stunning on the iMac. Anyway, all these colours ensure that the top of the HomePod Mini has a white circular disc which is isn’t a fingerprint magnet.

Apple’s legendary focus on details can also be seen here. The braided wire reflects the colour of each speaker and the simple controls on top of the speaker is also reflective of the same (yes, it even goes for the Apple logo at the bottom of the speaker). The wire is long enough for most people and inside the box is a charging brick.

Apple recently announced Apple Music Voice Plan (Rs 49 per month; yet to launch in India). It’s a game-changer of an offering because you get access to the entire Apple Music library and playlists minus the visual elements; it’s completely controlled by Siri. The HomePod Mini also has at its heart Siri. So if you are new to the Apple universe, it will make sense to settle for Voice Plan and enjoy all the music on the HomePod Mini.

It goes without saying that privacy is at the foundation of Apple. Siri listens to the wake-up word (‘Hey Siri’) and only listens to your requests. When you ask Siri to do something, the request is not attached to an email address or user ID. Apple employs random identifiers to associate with your requests. And some requests, like playing back messages, are done in tandem with your iPhone directly and on the device, so no information goes back to Apple.

In case you are deep into the Apple universe, the HomePod Mini can become a member in your family because the integration with all things Apple-y is seamless. If you are new to the Apple world and have an iPhone and is wondering how you can experience more things from the company, this is a great choice. And if you are looking for a power-packed sonic punch from a smart speaker, the HomePod Mini hits it out of the park.

While streaming on, say, Apple Music, if you bring the iPhone near the HomePod Mini, music gets streamed over the smart speaker

• Best sounding smart speaker which is small in size

• Colours are bright and enlivens a room