An exoplanet so hot that iron can turn into gas 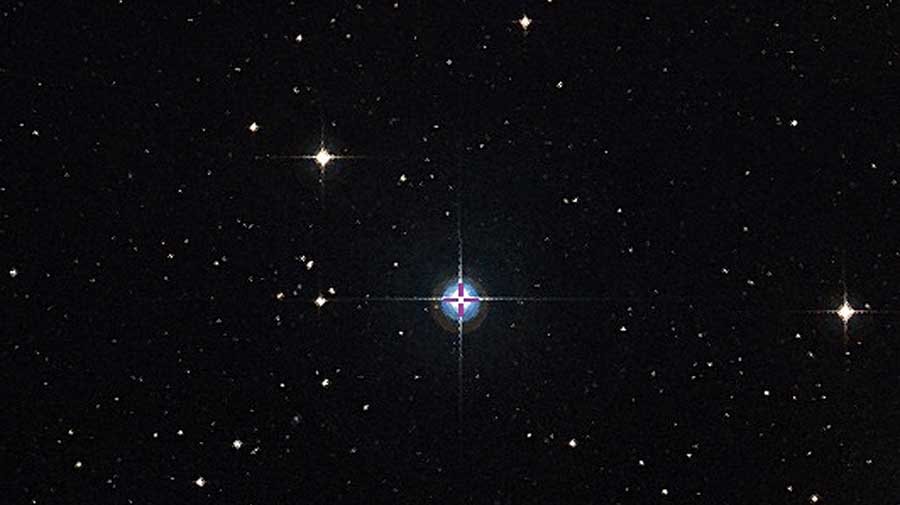 While the world tracked the new coronavirus counts, Monika Lendl turned her attention to one of the most extreme exoplanets known — an ultrahot Jupiter-sized world at 3,200 degrees celsius, hot enough to turn metallic iron into gas.

Through observations during March and April using Europe’s first space telescope dedicated to probing exoplanets, Lendl and her colleagues have put together the most detailed picture yet of an exotic planet 322 light years away orbiting one of the hottest stars catalogued.

The planet, WASP-189b, is so close to its host star that it takes only three days to complete a full orbit. The blue star — in the constellation Libra —is larger and 2,000 degrees celsius hotter than the Sun. Among over 4,000 exoplanets catalogued, WASP-189b is the brightest hot Jupiter-like planet, or a gas giant.

The astronomers measured the dip in the light from the star-planet system as the planet briefly slipped behind the star during its orbital motion. They also observed the planet pass in front of the star to study the size, shape and orbital features of the planet.

Their observations suggest that WASP-189-b is about 1.6 times the radius of Jupiter. One side of the planet is in permanent daylight, the other in permanent darkness, and its orbit is inclined — it doesn’t travel around its host star’s equator but around its poles.

“It is one of the most extreme exoplanets seen,” said Lendl, a senior researcher at the University of Geneva, Switzerland, and lead author of a paper describing the findings published on Monday in the journal Astronomy and Astrophysics. “There are still many questions about the planet.”

One such question relates to the temperature on the night side of the planet. The gas giant is expected to be largely made up of hydrogen and helium with some heavier elements such as iron — also swirling in its gaseous form at those temperatures.

“The temperature on the night side of the planet would depend on the efficiency with which hot gas gets transported from one hemisphere into the other,” Lendl told The Telegraph over the phone. “The higher the efficiency, the warmer the night side.”

Lendl and her colleagues used the Cheops (Characterising Exoplanets Satellite), a European Space Agency telescope capable of precision optical observations and dedicated to the study of exoplanets that became operational for routine science observations in March-April this year.

“This first result from Cheops is hugely exciting — it is early evidence that the mission is living up to its promise in terms of precision and performance,” Kate Isaak, Cheops project scientist said in a media release from the European Space Agency.

Astronomers across the world have catalogued more than 4,200 exoplanets. Cheops, Isaak said, will play a “follow-up” role seeking to make precision measurements on already known exoplanets with the objective of studying their atmospheres and look for clouds if present.

Venus may have been habitable, says Nasa