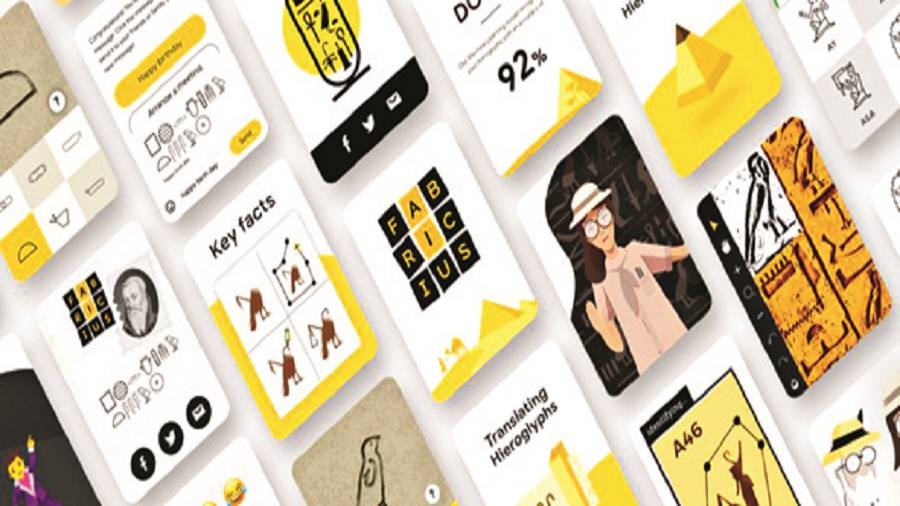 Ancient Egypt means pyramids, pharaohs and hieroglyphics. The last mentioned holds a special place in many hearts as the thirst for more knowledge about Egypt remains. In the quest to read and decipher the ancient hieroglyphic writing, the Rosetta Stone is invaluable.

The inscription on the Rosetta Stone is a “decree passed by a council of priests” and is an important key to deciphering hieroglyphics. Thomas Young, an English physicist, was the first to show that some of the hieroglyphics on the Rosetta Stone wrote the sounds of a royal name, that of Ptolemy. Next, the French scholar Jean-Francois Champollion realised that hieroglyphics recorded the sound of Egyptian language and “laid the foundation” of our knowledge of ancient Egyptian language and culture.

Google has launched a hieroglyphics translator that uses machine learning to decode ancient Egyptian language. The feature can be accessed through its Arts & Culture app. The tool — Fabricius — helps users can interactively discover the language through three dedicated gateways. First, you can “learn” about the language of ancient Egypt. Secondly, Fabricius invites you to “play” and translate your own words and messages into hieroglyphics ready to be shared with friends and family.

Third, it may help in academic research. This is where machine learning comes in. Google Cloud’s AutoML technology, AutoML Vision, was used to create a machine learning model that is able to make sense of what a hieroglyph is. This means, over time, the online tool should get better.

The journey of Fabricius is also interesting. It began with The Hieroglyphics Initiative, a Ubisoft research project that was launched at the British Museum in September 2017 to coincide with the release of the video game Assassin’s Creed Origins. The game is fascinating for those who love history. It unfolds around 50 BC during the tail end of the Ptolemaic Kingdom, when “Ptolemy XIII was locked in a power struggle with his sister Cleopatra”. Players assume the role of a Medjay (a clan of warriors) named Bayek. Bayek and his wife Aya go on a vengeance spree following the abduction and death of their young son.

Easy on the pocket

Samsung has launched Galaxy M01s in its popular Galaxy M series. It sports a 6.2-inch HD+TFT and Infinity-V display. It is also equipped with fingerprint scanner and face recognition. The M01s comes with a 13/2 MP dual rear camera (8MP front-facing camera for selfies) and a range of filters and stamps to give you more ways to express yourself. Powered by a MediaTek Helio P22 (octa core) processor and a 4,000mAh battery, it comes with 3GB RAM +32 GB storage and there is an option for expandable storage of up to 512GB via MicroSD card. Price: Rs 9,999.