There are thorny privacy questions: a machine teeming with cameras and sensors roaming company hallways could be a dystopian tool of corporate surveillance if abused, experts say 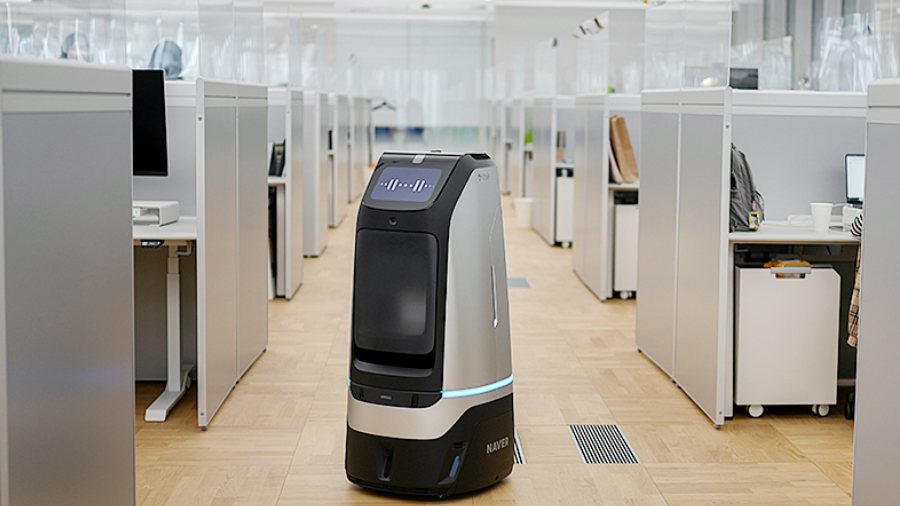 Naver — a soup-to-nuts Internet conglomerate in South Korea — has been experimenting with integrating robots into office life for several months. Inside a futuristic, starkly industrial, 36-story highrise on the outskirts of Seoul, a fleet of about 100 robots cruise around on their own, moving from floor to floor on robot-only elevators and sometimes next to humans, rolling through security gates and entering meeting rooms.

Robots have found a home in other workplaces, such as factories and in retail and hospitality, but they are largely absent from the white-collar world of cubicles and conference rooms. There are thorny privacy questions: a machine teeming with cameras and sensors roaming company hallways could be a dystopian tool of corporate surveillance if abused, experts say. Designing a space where machines can move freely without disturbing employees also presents a complicated challenge.

“Our effort now is to minimise the discomfort they cause to humans,” said Kang Sang-chul, an executive at Naver Labs, a subsidiary developing the robots.

Technology firms often encourage employees to test out their own products, but with its robots, Naver has turned its entire office into a research and development lab, deploying its employees as test subjects for future workplace technologies.

When Naver employees drive to the office, which finished construction this year, the company automatically sends them reminders of where they parked on the workplace app. Employees walk through security gates that use facial recognition, even while masked to prevent the spread of the coronavirus. At Naver’s in-house health clinic, artificial intelligence software suggests areas of focus for employees’ annual health exam. And then there are the robots.

Naver designed the office from the ground up with the robots in mind, starting construction in 2016. Every door is programmed to open when a robot approaches. There are no tight hallways or obstructions on the floor. The ceilings are marked with numbers and QR codes to help the robots orient themselves. The cafeteria has lanes dedicated for robots to deliver meals. As part of its research, Naver has also published studies in the field of human-robot interaction.

Naver, of course, isn’t the only tech company trying to advance robot technology.

Naver said one distinctive feature of its robots was that they are intentionally “brainless”, meaning they are not rolling computers that process information inside the machine.

Each robot has several cameras that record images of its surroundings. There was some disagreement within Naver about what exactly the robots needed to know, and how the data being collected would be used. When prototypes were being developed, engineers initially wanted the robots to record a wider field of view to assess their location more quickly and more accurately, according to Lee Jin-kyu, Naver’s chief data protection officer.

Lee worried that this would result in data that could be used to track employees without their knowledge, creating legal problems for the company in South Korea, which has strict labour and privacy laws. Lee and the engineers agreed to capture only one photo per second from a front-facing camera, and use the other cameras only when more than one image was necessary.

Despite Naver’s precautions, privacy experts worry that potential customers might modify the robots or create their own policies on how they collect data.

Kim Borami, a privacy lawyer in Seoul, said that many South Korean companies were opaque about their data policies, and that she had encountered examples of companies breaking privacy laws.

She also noted that it was impossible to know for certain whether Naver was following its own privacy policies without looking more closely at its software. “You don’t typically find out about privacy violations in a company until there is a whistleblower or a leak,” Kim said.