Yorkshire cricket was a relic of another England 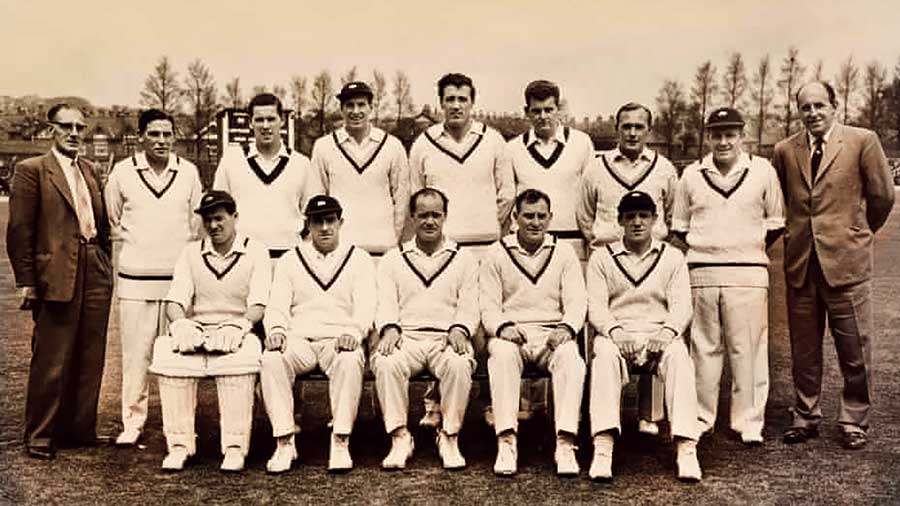 For the past month, English cricket or, to be more precise, Yorkshire cricket, which likes to think of itself as the authentic custodian of the noble game, has been in a state of turmoil over allegations of racism levelled by the Pakistan-born spinner, Azeem Rafiq. The top management of the Yorkshire County Cricket Club has been replaced, a former Test cricketer has lost lucrative media contracts, and the matter has even been the subject of a hearing by a committee of the House of Commons.

On the face of it, and in the context of the sensitivities that prevail in contemporary Britain, the allegations seem serious and, more important, believable. Apart from being routinely called ‘Paki’ by at least two of his Yorkshire team mates, Michael Vaughan and Gary Ballance — a charge initially brushed away as “friendly banter” by the county management — the thing that triggered the storm was a remark on the field by the Yorkshire captain. At a time when four Asian players were on the field representing Yorkshire, Vaughan is reported to have remarked to Rafiq that “there are too many of you lot, we need to do something about it.” Rafiq’s charge has been corroborated by at least two of the other Asian players, although Vaughan has strenuously denied making any such comment. Rafiq has claimed that the “institutionalised racism” of Yorkshire sapped his self-confidence and was responsible for ending a promising career.

Before assessing the allegedly venal atmosphere of the Yorkshire dressing room, a digression seems appropriate.

A few years ago, I was talking to a friend in India who had attended one of the posher public schools in England in the late 1970s. Addressing the subject of school nicknames, which can often be extremely cruel, he said that many of his school mates referred to him as Stan. Why Stan? Since it was unacceptable and too common to call him ‘Paki’, they had merely taken the other half of Pakistan as their preferred form of address. My friend laughed at the experience and didn’t even remotely suggest that there was something viciously racist in the way he was treated in school. The experience would have been no laughing matter had he been in a State school where racist bullying was a part of life, especially as Indian students were inclined to be better academic performers.

What constitutes friendly banter and what is crude racism is always subjective and depends on the larger environment. I recall in the early 1980s hosting a weekend party in my large set of rooms in college for the members of the Oxford Majlis. Predictably, the party was both merry and boisterous — perhaps unusual for a graduate college. The next afternoon I was greeted with the familiar observations of hosting ‘quite a party’, which seemed fair enough. Then, one of the more serious doctoral students chipped in with the rider, “involving the whole cast of Gandhi”.

Everyone, including me, had a chuckle over the one-liner. Looking back, I have no doubt that if someone had made the remark today, it would have been construed as crudely racist and made into a big issue. At that time, we didn’t give the remark a second thought because the college atmosphere was convivial. It was a place where even an Enoch Powell could be invited for a perfectly civilized conversation over dinner. And had he been in public life then, someone like Nigel Farage would have successfully held up the bar.

Yorkshire was a little different.

There have always been two distinct traditions of English cricket. There was the gentlemanly cricket that emanated from the public schools, the legacy of Lord Hawke and ‘Plum’ Warner and the writings of Neville Cardus. That was the cricket where the gentlemen players, such as Colin Cowdrey, Peter May, Ted Dexter, David Gower and Mike Brearley, set the tone. They were totally at ease rubbing shoulders and competing with the likes of Ranji, the Nawab of Pataudi (Senior and Junior), Frank Worrell, Rahul Dravid and Sourav Ganguly. It was the game that even a radical Marxist such as C.L.R. James celebrated.

Yorkshire cricket was a class apart. It was rooted in the working-class culture of industrial Britain. It was fiercely competitive and fiercely insular. Its heroes were the likes of Sir Len Hutton — the first ‘player’ to captain England and receive a knighthood — Fred Trueman, Geoffrey Boycott, Brian Close and Ray Illingworth. Till fairly recently, a place in the Yorkshire side was the exclusive preserve of those born within the ‘Shire’ boundaries. Yorkshire epitomized an England that existed prior to the massive demographic shifts that transformed the social character of Leeds and Bradford from the mid-1960s. Yorkshire cricket was a relic of an England that no longer existed.

Authenticity inevitably involved a wariness, spilling into dislike, of outsiders. Trueman, one of the greatest fast bowlers England has produced, was hallmark Yorkshire. Referring to the 1953-54 MCC tour of the West Indies, the cricket historian, Derek Birley, wrote: “Throughout the tour there were off-the-field incidents, mostly centring on Trueman, who was the sort of chap about whom stories are told and repeated with embellishments... The apocryphal one of his having called out ‘Pass t’ salt Gunga Din,’ to a local dignitary in Barbados clung to him throughout his career, for it seemed the sort of thing he might have said... Fred alone had his good-conduct bonus docked at the end of the tour.” Those who have heard Trueman fulminate from the commentary box of Test Match Special will appreciate that tact and diplomacy didn’t come easily to him. It was the same with Geoffrey Boycott although, to be fair, his (more guarded) Yorkshire bluntness was a hit in India.

In the aftermath of the Rafiq controversy, Yorkshire’s archaic exclusivity has been mercilessly pilloried. The doors of its insularity have been thrown open and, in time, it will have to reinvent itself. The old loyalists will doubtless shake their heads in bewilderment at the fact that the new chairman to usher reform is one Lord Patel. I guess it just had to happen.