Waiting in the wings

POLITICS AND PLAY | Yogi Adityanath, not Amit Shah, could be Narendra Modi’s successor 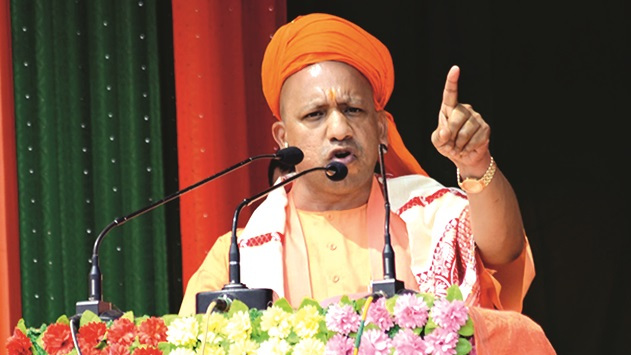 Three subjects dominated the headlines in the calendar year, 2020. These were the threat posed by the pandemic, the perilous state of the economy, and the border conflict with China. The media in India, and Indians in general, are obsessed with politics, but in 2020, politics mostly took a back seat to health, economics, and defence.

Nonetheless, there was one major development in Indian politics last year, a development that might have profound — and disturbing — consequences for the future of our Republic. This was the emergence of the chief minister of Uttar Pradesh as the coming man in India’s most important political party. At the endof 2019, it seemed that the Union home minister, Amit Shah, was the most likely person to succeed Narendra Modi as prime minister were the Bharatiya Janata Party to win a third general election in a row in 2024. Shah had been Modi’s fixer and enforcer for almost two decades; by piloting both the abrogation of Article 370 and the passing of the Citizenship (Amendment) Act, he appeared to be positioning himself as his boss’s successor — apparently with the boss’s approval.

The conventional wisdom when 2020 began was that Amit Shah was in pole position to succeed Narendra Modi. A year later, that seems much less likely. Yogi Adityanath is the person to look out for and look up to in the party as the BJP’s senior-most leaders themselves recognize. Consider the alacrity with which Shivraj Singh Chouhan and B.S. Yediyurappa have rushed to mimic the UP chief minister in seeking to have laws against Hindu-Muslim marriages passed in their own states. Chouhan and Yediyurappa were once a throwback to the Vajpayee years, seen as soft and accommodating compared to hardliners like Shah or Modi. Now, they have hitched their future to Adityanath’s wagon in the belief that political survival lies in abandoning uncertain moderation for outright bigotry.

When, back in 2012-13, Narendra Modi made his prime ministerial ambitions known, he spoke of a ‘Gujarat Model’, which he wished to implement all over the country. Modi claimed that this Gujarat Model represented a progressive, outward-looking economic and social vision, although his critics pointed to a darker side to his record as chief minister with regard to the marginalization of Muslims and the intolerance of dissent. Adityanath has not, so far, made similarly explicit claims on behalf of a ‘UP Model’ that he shall take across India. However, on the basis of what he has done in his state thus far, we can get a fair sense of what it might represent.

There are, of course, notable similarities between Modi and Adityanath. Both are textbook examples of the authoritarian personality. Both seek to impose their will on all those around them, whether cabinet colleagues, the legislature, bureaucrats, scientific experts, the press, or the public at large. Both are also imbued with a certain megalomania — all credit for achievements, real and imaginary, must accrue to them alone.

Nonetheless, there are also important differences. Compared to Modi, Adityanath is openly and nakedly majoritarian. Modi will sometimes speak of being on the side of everyone regardless of religious affiliation (‘Sabka Saath, Sabka Vikas’). He will occasionally seek a photo-op by travelling with Muslims in a Metro. Adityanath will have no part in such equivocation. In his words and through his actions, he makes it clear that he believes that Hindus are superior to Indians of other faiths, particularly to Muslims.

As chief minister, Modi used the police and the instruments of the law to suppress and silence critics within Gujarat. Adityanath does that in his own state too, as manifested in his savage repression of the peaceful protests in UP against the CAA. However, he goes even further than Modi did as chief minister, by using his police to attack critics anywhere in India. The spate of first information reports filed in Uttar Pradesh against journalists and satirists working in other states demonstrate that Adityanath is a more thoroughgoing authoritarian than Modi.

To be sure, it is the people of his own state who have borne the brunt of Adityanath’s policies of repression and coercion. Thus, as an essay in the excellent website, Article 14, noted, the choice of Adityanath as chief minister of Uttar Pradesh “marked a significant watershed moment in the advance of the BJP in the Indian republic, as it signaled an endorsement of a model of governance that openly and unapologetically targeted Muslim citizens and political dissidents as public enemies.” “From his first days in office,” the article continued, “the chief minister has not hesitated to use the instruments of governance to create and consolidate a state that draws on the concerns of vigilante groups and puts Hindus, especially the advantaged “upper” castes, first, and uses the law and the police to target, punish, defame, imprison and in some cases even kill Muslims and dissenters...” After providing an array of examples of extra-judicial killings and of the targeting of Muslims and activists by the State, the article concluded that “the Adityanath government has unleashed a model of vindictive, majoritarian and repressive governance that crosses boundaries even earlier BJP regimes have hesitated to violate.”

Long before he became chief minister of Uttar Pradesh, Adityanath had founded a group called the Hindu Yuva Vahini, which describes itself as “a fierce cultural and social organization dedicated to Hindutva and nationalism”. Militant, organized, willing to use violence, this group has faced charges of “inciting riots, murder, and arson” and has been accused “of burning mosques, homes, buses and trains”. The Vahini’s members are utterly loyal to their leader, always ready to follow his command. Adityanath is thus unique in being the only politician in the history of independent India to have founded and run a vigilante group for many years before he assumed office as chief minister of his state.

When Modi became chief minister of Gujarat in 2001, the state already had a robust industrial base and a thriving entrepreneurial culture. Before Adityanath became chief minister of Uttar Pradesh in 2017, the state had neither. India’s most populous state was, in economic and social terms, a byword for backwardness, and Adityanath’s policies have done nothing to dispel that image.

This, in brief, is the personal and political record of the man being spoken of as a likely successor to Narendra Modi as the top leader of the BJP. If Adityanath does indeed lead his party’s campaign in the next general elections, what sort of ‘Achche Din’ will he promise voters? Back in 2013-14, Modi claimed he would bring young Indians jobs, prosperity, and security. Can the founder of the Hindu Yuva Vahini promise young Indians anything other than the satisfaction of harassing and persecuting people of other faiths?

As prime minister, Modi has travelled all over the world, wooing the leaders of other countries (albeit with mixed success). If he ever becomes prime minister, Adityanath is unlikely to care at all about what the world thinks of him or his country. His chief focus will be on consolidating his power in India, especially over those Indians dissimilar to him in their political, philosophical, or spiritual beliefs.

Some months ago, in a column on the political styles of prime ministers past and present, I argued that in his instinct for centralization and control, Narendra Modi was “Indira Gandhi on steroids”. Were Adityanath to ever become prime minister, he would most likely be Narendra Modi on steroids. Seven years of the Gujarat Model implemented countrywide have deeply damaged the social and institutional fabric of the Republic. A single term of the UP Model might destroy it altogether.