Advertisement
Home / Opinion / The case for a fairer force

The case for a fairer force

The armed forces are pathetically gender disparate., a total of only 9,118 women are serving in the defence forces 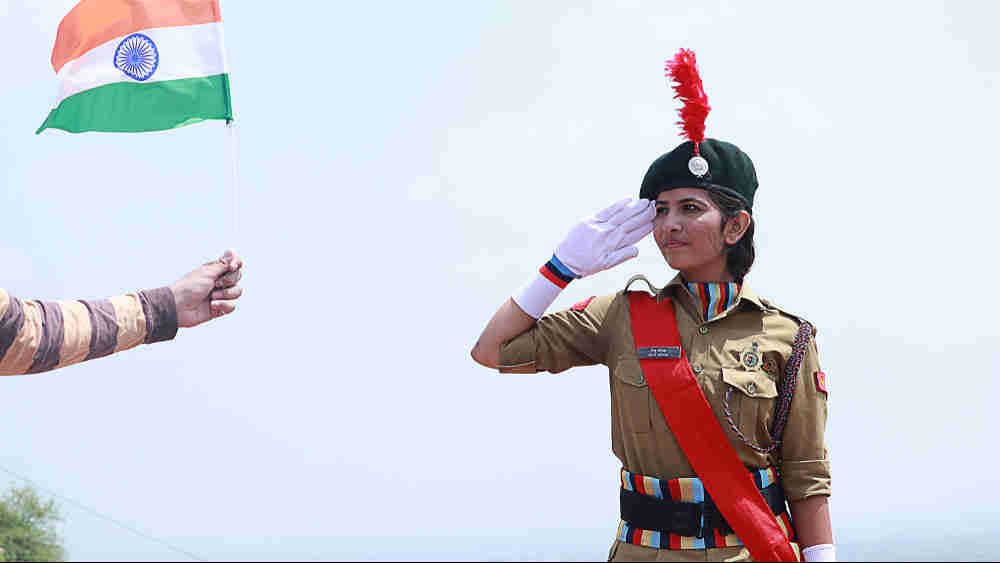 The honourable Supreme Court allowed women to take the National Defence Academy examination, which was to take place on September 5 but has now been rescheduled to November 14. It admonished the government and the armed forces for not doing enough since its previous order, underlining that equality is a constitutional guarantee that cannot be denied based on gender. The NDA, a male bastion with around 2,000 young men, would need to be ready for women by January 2022.

In 2018, the then chief of the army staff, Bipin Rawat, had stated that women soldiers weren’t serving in frontline combat positions because “a woman would feel uncomfortable at the front line.” He had also asserted that maternity leave was an issue, women needed more privacy and protection, and that India was not yet ready to accept “body bags of women” killed in combat, further adding that women needed to be “cocooned” from the eyes of subordinate soldiers.

Predictably, Rawat’s comments sparked considerable outrage and were shrugged off by women officers. Captain Yashica Tyagi (retd) served during the Kargil War while five months pregnant. Another lady officer agrees: “I have gone on night patrols, managed issues like uncomfortable sleeping quarters and sanitation facilities. I find the objections to expanding the role of women in the forces immature. As for physical fitness, it depends on your training.” A retired male general concurs: “the right of a woman to serve in any role in the armed forces must be equal to a man’s as long as the physical and qualitative standards are not compromised.”

Historically, although the Indian Military Nursing Service was formed in 1888, it was only in 1992 that the Indian army permitted women to serve for five years via the ‘Special Entry Scheme’, later converted into Short Service Commission. It’s worth noting what’s been achieved in the 29 years since. Women have worked as doctors, nurses, engineers, signallers, administrators and lawyers. They’ve treated soldiers on battlefields, handled explosives, detected and removed mines, and laid communication lines. By 2008, permanent commission was extended to women in Judge Advocate General and Army Education Corps.

In early 2020, the Supreme Court urged the government to consider lifting the military’s ban on women in combat roles: “test them on the same footing as men. Do not exclude them (women officers) as a class. Change of mindset is required [sic].” The government’s stand — that women officers have physiological limitations — was rejected by the highest court as being based on “sex stereotypes” and “gender discrimination against women”. Women have now been granted permanent commission in all 10 branches where they are inducted. Women were kept out of command positions due to the reasoning that the male-dominated rank and file tend to have problems with women commanding officers. But all this is set to change as they’re now eligible to occupy all command appointments on a par with male officers. However, women have still not been inducted into combat arms like the infantry and the armoured corps.

In early 2021, the Indian navy deployed four women officers on warships. India’s only aircraft carrier, INS Vikramaditya, and the fleet tanker, INS Shakti, have been assigned their first women crew. The army inducted the first batch of 83 women into the corps of Military Police in May 2021. The women have joined the military in the non-officer cadre — a rare first.

On August 15, Prime Minister Narendra Modi announced that Sainik schools will admit girls. Despite the armed forces being on high alert due to border tensions, the three services chiefs made a hasty visit to the NDA on August 21, purportedly to assess facilities needed for training women cadets.

Many questions beg answers. Why have the Indian armed forces not been made ready to accept women during these 29 years? Could military and Sainik Schools, which typically provide 25 to 30 per cent of the cadets joining the NDA, have been turned into co-ed facilities with gender parity, like the National Cadet Corps, in 1992 or earlier? Could the armed forces have gradually sensitized its soldiers and worked at removing the patriarchal mindset from November 1, 1958, when the first woman doctor was inducted into the Indian army? Could female commandos have been trained and all-women battalions created, ready to be integrated into frontline divisions?

The armed forces pride themselves on being fair and secular. All soldiers are treated equally. Caste, language or race are not given special importance. Courage and leadership are highly respected. By the same analogy of equality, the inclusion and respect for women who prove themselves in combat cannot be an insurmountable task.

Women in combat would face the same hazards as their male counterparts and, therefore, must be trained and tested with identical parameters. There cannot be any compromise with national security. It is noteworthy that the United States of America, Israel, North Korea, France, Germany, the Netherlands, Australia and Canada employ women in front-line combat positions.

In deference to the orders of the Supreme Court, the Indian armed forces would go through radical changes. That said, the armed forces mirror the societal mindset. The responsibility for bringing gender sensitivity and radical change to a patriarchal society lies primarily with the political leadership. This legal directive will be a gamechanger for India’s future.