Advertisement
Home / Opinion / The chowkidar who is not above horse-trading

The chowkidar who is not above horse-trading

There is a growing chasm between morality and politics in India 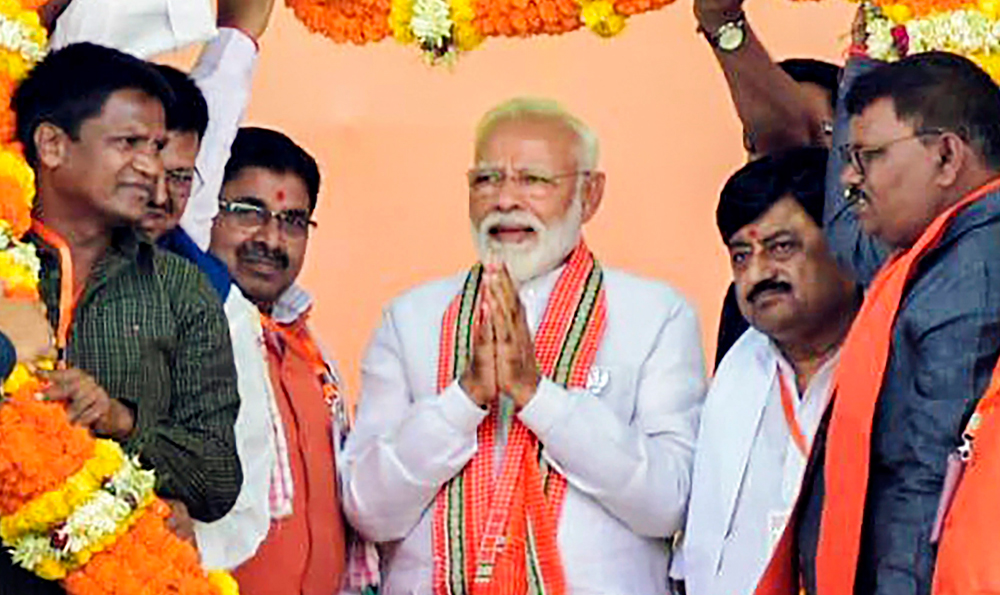 In politics, wishes can, evidently, be horses — the ones that are traded to make or break governments. Horse-trading, the term popularly used in India to describe defections by members of a party, continues, cocking a snook at both law and ethics. The practice of weaning away elected representatives with the help of coercion or, as is the case more often, capital is inimical to the spirit of democracy. Legislators had responded to the threat by drafting the 10th Schedule to the Constitution, also known as the anti-defection law. But neither statutes nor propriety seems to be of much interest to the prime minister. In yet another shocking display of smugness, Narendra Modi declared in an election rally in Bengal that several members of the Trinamul Congress — the party in power in the state — are apparently in touch with him and further hinted that this lot were hoping to switch sides after the Bharatiya Janata Party emerges triumphant in the elections. Mr Modi’s statement reconfirms some sad — some would say shocking — truths about the nature of his leadership. Adherence to propriety is an imperative for those holding constitutional positions. But Mr Modi, characteristically, chooses to be an exception in this respect, belittling the dignity of the office that he has been mandated to hold by the people of India. His concern for principle appears to be as scanty. The prime minister, apparently, has no qualms about adopting unethical means when it comes to winning power. Mr Modi seems to be unaware that his insinuation is likely to seriously undermine his claim of being the famed chowkidar. Is the watchman, who promised to deliver India from corruption, inclined to believe that foul is fair when it comes to grabbing power?

Of course, Mr Modi does not stick out like a sore thumb in this context. Political parties in India are not known to be scrupulous. The end — power — justifies the means in this not-so-absurd theatre. The prime minister’s values — or the lack of them — reflect a deeper crisis. There is a growing chasm between morality and politics in India, compromising the democracy’s ability to deliver on such foundational pledges as fairness and equality. Power sans morality, history has shown, is a potent recipe for the implosion of polities.

40 Trinamul legislators in touch with me: Modi