Advertisement
Home / Opinion / With Priyanka at the helm in UP, Congress is rebuilding itself

With Priyanka at the helm in UP, Congress is rebuilding itself

DELHI DIARIES: Tejashwi has emerged as the young leader with 'dum', but Sushil Modi is deemed to be irresponsible 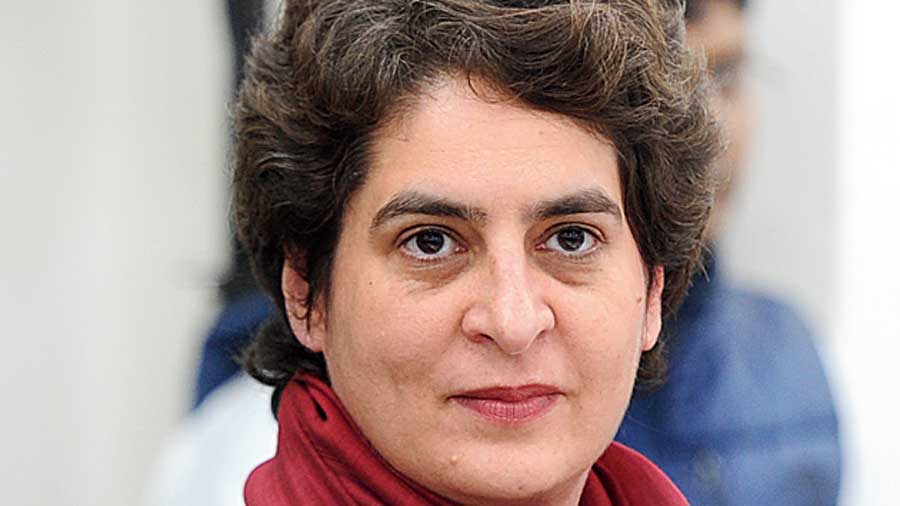 The resignation of Annu Tandon, former Lok Sabha parliamentarian from Unnao, has brought to the fore the simmering unease in the Congress in Uttar Pradesh over the methods of the general-secretary in charge, Priyanka Gandhi Vadra. Unlike other defectors, Tandon hailed the leadership of Sonia Gandhi and Rahul Gandhi but blamed the local structures. It seems that Priyanka’s success in carrying out a complete overhaul of the organizational machinery, putting in place a new leadership at all levels in the state, has unnerved old guards who did not want to vacate their places in spite of their failure to revive the party over decades. Reportedly, more such leaders are contemplating exit for better options. But this has not rattled the new leadership. Under Ajay Kumar Lallu, Priyanka has established a younger team, willing to work hard and rebuild a new Congress instead of waiting for the voters’ mood to swing against the incumbent government. There is an allegation that Priyanka encouraged leftists, ignoring loyal Congressmen. But the new set of office-bearers are out in the field, addressing people’s concerns, instead of sitting around in air-conditioned offices. Priyanka monitors every activity and stays in touch with a range of workers instead of relying on a coterie. The new team dreams of reclaiming the party’s lost glory rather than surviving on the crutches of alliance partners like the Samajwadi Party and the Bahujan Samaj Party. Clearly, the Congress is rebuilding itself in the state after 30 years of decline.

The people of Bihar are talking about the ‘strong arms’ of Tejashwi Yadav, the Rashtriya Janata Dal leader and the younger son of Lalu Prasad, who happens to be the chief ministerial candidate of the Opposition’s Grand Alliance. A youth was obstructing his way after an election rally and trying to take a selfie. Tejashwi caught his arm and swung him 180 degrees back into the crowd while moving forward to board a helicopter waiting for him. The video of the act has gone viral, which also shows the leader admonishing him. “Iske bajuon mein dum hai, leader aisa hi hona chahiye (He has power in his arms. A leader should indeed be like this),” quipped an admirer.

Although the ruling National Democratic Alliance leaders, already rattled by the rising popularity of Tejashwi and the massive crowds at his rallies, tried to corner him for ill-treating the youth, he offered an explanation for his action. “I did it to save the youth,” he said. “My helicopter had started and there could have been an accident. Our rallies are drawing a large number of people, but the concerned administrations are not providing adequate security and crowd management. We have written to the Election Commission also about this.”

Even Covid-19 cannot keep netas away from delivering speeches and conducting road shows. Bihar’s deputy chief minister and senior Bharatiya Janata Party leader, Sushil Kumar Modi, proved this by exposing others to the deadly virus and violating norms of the Epidemic Diseases Act. He had tested positive for the virus on October 22 and was admitted to the All India Institute of Medical Sciences, Patna. The hospital discharged him on October 27, with instructions to rest in home isolation for at least seven days. However, with the state being amid the polls, he waited for just two days at home and started conducting road shows in different parts of the state. He wore just a face mask and gloves even when standing in close proximity with other people.

All political parties were shocked by the leader’s bravado. The Congress spokesperson, Rajesh Rathore, demanded his arrest, while the RJD spokesperson, Mritunjay Tiwary, called the BJP leader a “corona spreader” and appealed to the Election Commission to take strict action against him in order to set an example for other politicians.

For celebrated lawyer Harish Salve, the year of the pandemic has been one of changes. He is now Queen’s Counsel, divorced and remarried; all within the past 10 months when much of life had come to a standstill for the entire world. This became news as word got out of his wedding to his companion for the past year, Caroline Brossard, a city-based artist, in London last Wednesday. Given that everyone is free to voice an opinion on social media, views ranged from congratulations on the new beginning to eyebrows being raised over a church wedding — few in India knew of his inter-religious family history. Among those who joined in virtually for the restricted celebrations was Mukesh Ambani, who reportedly claimed that he would not let Salve get away without a splurge to celebrate the new marriage once the pandemic is over.

The absence of the home minister, Amit Shah, from the Bihar poll campaigns so far seems to have come as a blessing in disguise for the BJP chief, JP Nadda. Otherwise a low-profile leader, Nadda is now addressing a series of campaign meetings and even getting considerable media coverage. Recently, he was even interviewed by a number of news channels, where he recalled his school days as a swimming champion before he turned to politics in a Patna college. Although a native of Himachal Pradesh, Nadda was born and brought up in Patna. Many in the party believe that had Shah been on the scene, Nadda would have been deprived of the limelight. Shah, hailed as the master election strategist, tends to dominate the polls, second only to the prime minister, Narendra Modi. Nadda has so far remained in the shadow of their domineering duopoly. The Bihar polls and the absence of Shah has given him an opportunity to shine. Shah had reportedly said in a TV interview that he has recovered fully from Covid-19 and would campaign in Bihar after October 25. The party has not announced this yet, although some say Shah could address rallies in the last phase. Until then, Nadda can have his day in the sun.

The Congress’s preference for loyalists has never been a secret. One such die-hard loyalist, KV Thomas, is in line to be made the working president of its Kerala unit. While eyebrows did go up when news spread about resurrecting Thomas, who was denied a ticket in the 2019 Lok Sabha polls, insiders say the high command wanted “a hardcore loyalist” than the existing bigwigs who failed to echo the allegations of Sonia Gandhi and Rahul Gandhi against the BJP misusing Central investigating agencies.