Politics and Play | The perils of xenophobia 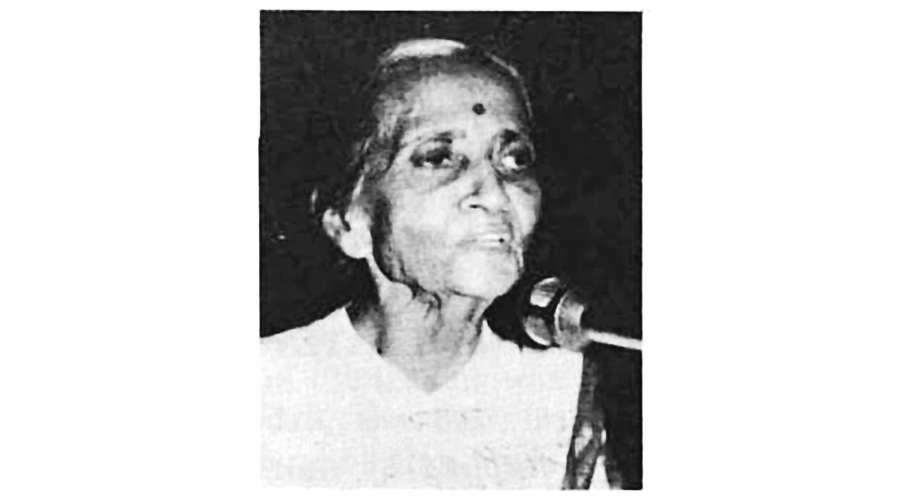 Mumbai is my favourite Indian city, and one of my favourite places in Mumbai is Mani Bhavan in Gamdevi. This is a home, now a memorial, where Gandhi often stayed and from where he planned several of his satyagraha campaigns.

On one of my first visits to Mani Bhavan, back in the early 1990s, I was introduced to a little old lady, dressed in an off-white sari, who spoke very little and then very softly. Her understated personality was in utter contrast to the scale of her achievements. For this was Usha Mehta (picture), who in her youth had been one of the inspirational figures of the Quit India movement. After Gandhi and other Congress leaders were arrested on August 9, 1942, Usha Mehta played a leading role in the creation of an underground radio, which broadcast stirring bulletins from secret locations to keep alive the spirit of freedom among those patriots not yet in prison.

At the time she launched the Congress Radio, Usha Mehta was in her early twenties, a college student in a city that was still called Bombay. Ultimately, the raj discovered the radio’s location and arrested its initiators. Usha Mehta herself spent several years in jail. On her release, she resumed her studies and went on to become an admired professor of politics at Bombay University. She also played a key role in the administration of Mani Bhavan, overseeing its maintenance and picture displays, hosting talks on the legacy of Gandhi and the freedom movement. The fiery young girl, who played a critical part in initiating an underground radio, became the gentle, middle-aged lady who kept going this most important memorial to Gandhi in a city that had meant so much to him and his movement. Devoted to her students, her scholarship, and the stewardship of Mani Bhavan, Usha Mehta never married.

The story of the Congress radio that Usha Mehta shepherded has long been part of the folklore surrounding the Quit India movement. Now, the episode has moved from folklore to history, through the publication of Usha Thakkar’s recent book, Congress Radio: Usha Mehta and the Underground Radio of 1942. Herself a former student of Usha Mehta, and like her in later life associated with the management of Mani Bhavan, Dr Thakkar has carefully mined archival records to write a book that should appeal to the scholar and the interested general reader alike.

Notably, this work of history speaks directly to the present. Here is an excerpt from the bulletin of the Congress Radio broadcast on October 20, 1942: “To the world of mankind, the Indian people send a message of hope, of peace and good-will. Let us forget today the violence done by one people upon another. Let us only remember that for the establishment of a truly peaceful and better world we need each country’s kindness, each people’s individual acts. We need Germany’s technical skill, her scientific knowledge, her music. We need England’s liberalism, her courage and literature. We need Italy’s elegance. We need the old achievements and new triumphs of Russia. We need the gift of laughter — beautiful laughter-loving Austria. We need her culture, her love of gracious living and China —what shall we say of China? We need her wisdom, her courage and her new hope. We need the glow and spirit of adventure of young America. We need the knowledge, the childlike simplicity of the primitive people. We need all mankind for the resurrection of peace, for the resurrection of her own dignity.”

Written and broadcast in the midst of a most destructive conflict among nations, the spirit of this message was the spirit of the Indian nationalism that once was. This, while being deeply committed to freedom from foreign rule, while risking life and limb to bring about political independence, while being steeped in the linguistic and cultural traditions of the different parts of the sub-continent, yet recognized that our country would benefit from open-minded interactions with, and a healthy appreciation of, the best cultural, political and intellectual resources that other countries had to offer.

We now live in an India defined, and dictated to, by a very different kind of nationalism, which may more appropriately be termed jingoism. This rests on shrill — and wholly unsustainable — claims to national and especially religious superiority. This inward turn is manifested in our economic policies, which on the pretext of nurturing Indian entrepreneurship, in fact, only promote incompetence and cronyism, and in our educational policies, where insidious attempts are made to push tendentious theories of Hindu primacy at the expense of modern scientific knowledge. This shutting of our windows to the world has been complemented by a savage attack on the diversity of cultural traditions within India itself, as witness the desire to impose codes of uniformity on what Indians can or cannot wear, what they can or cannot eat, and who they can or cannot marry.

Those who built modern India had often journeyed widely across the globe, soaking in ideas as they went. Perhaps the first great Indian cosmopolitan was Rammohan Roy, of whom one later Bengali thinker wrote that “he was able to assimilate the ideals of Europe so completely because he was not overwhelmed by them; there was no poverty or weakness on his side. He had ground of his own on which he could take his stand and where he could secure his acquisitions. The true wealth of India was not hidden from him, for this he had already made his own. Consequently he had with him the touchstone by which he could test the wealth of others.”

This thinker, so astutely identifying the strengths of Rammohan Roy’s worldview, was Rabindranath Tagore who, through his own extensive travels across Asia, Europe, and North and South America, was able to take from those countries what he thought he and his country needed most. Like Roy someone steeped in his own language and culture, Tagore “had with him the touchstone by which he could test the wealth of others”.

Other great patriots like Gandhi, Nehru, Ambedkar, and Kamaladevi Chattopadhyay were likewise shaped by their extensive travels overseas. By seeing India in the mirror of the world, they were more effectively able to pinpoint its failures and fault lines, and seek to address them. An example of such creative adaptation was the Indian Constitution, which bore the mark of Ambedkar’s legal and sociological education abroad as well as the consultations with experts overseas of his adviser and colleague, B.N. Rau. Indeed, in those times, even those Indians who did not have the good fortune to study or live in other countries were open to progressive ideas regardless of their national or cultural provenance. Thus, in the late 19th century, Jyotiba Phule took heart from the American abolitionists in his own struggles against caste discrimination, while, in her Congress Radio bulletins of 1942, the young and fervently patriotic Usha Mehta could write so movingly of what her beloved India could take from the best of what Europe, Russia, Italy, China and America had to offer.

The Indian patriots of an earlier generation took from other cultures, and they also gave back in return. In the early 19th century, Rammohan Roy precociously argued for the extension of the suffrage in England. A century later, Tagore inspired writers and thinkers as far afield as China, Europe, and Latin America. The influence of Gandhi on the American civil rights movement is well known. As for Nehru, his battles against colonialism were noted with interest by younger freedom-fighters in Africa (Nelson Mandela among them). Ambedkar’s work on democracy and fraternity is now increasingly appreciated in countries other than his own.

This open-minded engagement with other cultures that Indian patriots once practised is in radical contrast to the training (indoctrination may be a better word) that the major Indian leaders of today have had. The RSS shakha that shaped Narendra Modi, Amit Shah and others of their ilk has always been a den of insularity and xenophobia, where one is taught to mindlessly exalt one’s ancestral faith, swear vengeance on (mostly imaginary) enemies, and parrot the farcical fantasy that Hindus shall become the ‘Vishwa Guru’ of humanity. The world has nothing to learn from them; and they, even more regrettably, choose to learn nothing from the world.