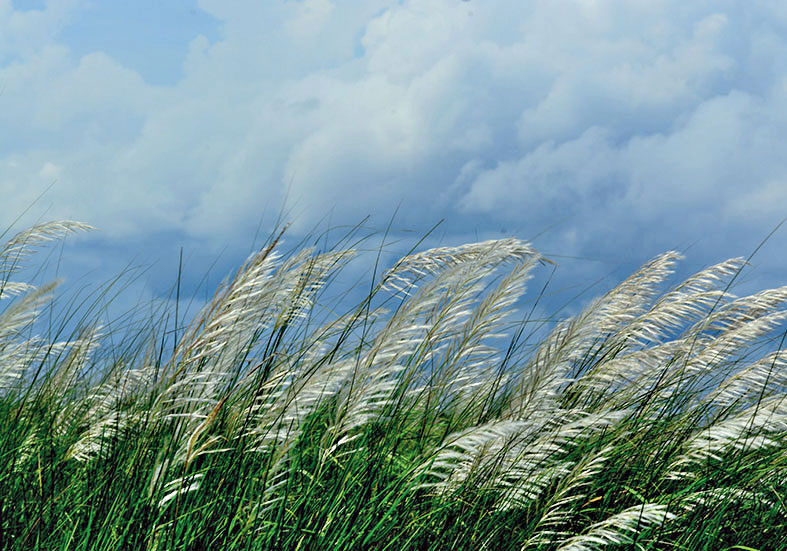 Sir — Kash phool and Durga Puja are inseparable. These beautiful flowers are harbingers of festivity for people in West Bengal. Unfortunately, they are disappearing fast from the landscape. The vacant fields where kash phool used to bloom are now being replaced by concrete jungles. In Calcutta, the sight of these flowers has become very rare. There is some hope left for rural Bengal, though. Because of the expansive fields and open spaces, one can still catch glimpses of beautiful white kash phool swaying in the wind at this time of the year. This is sorely missed in the city.

Sir — In the article, “How the new gods are made” (Oct 4), Manish Nandy raises some thought-provoking points. He shows how despotic leaders across the world, especially in countries like Turkey, the Philippines and North Korea, are worshipped by their countrymen. Even the election of Donald Trump — someone who is known to be corrupt and ignorant about national issues — as the president by the apparently progressive American population does not have a simple explanation.

In India, too, we have created gods out of mortals by voting them to power. Before the elections, political leaders approach voters with folded hands and populist promises. But once they ascend the throne, their only concern is to retain power, even at the cost of national interest. Their representatives, in turn, act as lords of the areas they govern. They harass ordinary citizens on the basis of their faith or if they vote for other parties. They dictate the terms by which each person must live their life, including what they must wear or eat. Law enforcement bodies, too, have either become passive onlookers or take orders from their political masters. The common people are, thus, discouraged from speaking their minds. They fear the wrath of their local gods. Do elections, then, reflect the will of the electorate at all?

Sir — Manish Nandy’s article offers many insights to the discerning reader. It is especially relevant in the context of the present political situation in India, where leaders consider themselves to be incarnations of divine figures. They show irreverence even towards the judicial system and distort judgments to suit their own purpose. In the process, they deny justice to many.

The political leaders in India seem to follow in the footsteps of their foreign counterparts who mete out justice selectively, with no regard for the atrocities they perpetrate on their own people. Even if they are not dictators in the literal sense, their method of administration smacks of totalitarianism, where dissent is met with forceful repression.

For instance, the prime minister of India, Narendra Modi, often tries to make himself out to be an apostle of peace. But, in effect, he stands for majoritarianism, allowing crimes like lynching and religious extremism to go unpunished. It is the same in the case of West Bengal. The chief minister, Mamata Banerjee, seems to be under the impression that she is the ultimate dispenser of justice. Colleagues and party goons accused of heinous crimes are often perceived to be shielded from punishment. Both the nation and the state are on the brink of destruction. It is time these gods are reined in with mass resistance. Otherwise, democracy in India will soon become synonymous with dictatorship.

Sir — The Supreme Court has done well by allowing women of all ages to enter the Sabarimala temple (“The Supreme Court's plainspeak on Sabarimala is much needed”, Oct 3). However, the verdict has elicited heated arguments both in favour of as well as against it. Agitators against the judgment want the temple authorities to conform to the age-old practice and deny women permission to enter the temple. Supporters of the verdict, on the other hand, contend that the decision of the apex court must be respected.

Sir — For ages, male hegemony over religious matters has denied women the freedom to practise religion. The judgment in the Sabarimala case is, therefore, historic. It is ironic that in spite of women breaking the glass ceiling in all walks of life, male-dominated religious diktats are still trying to control their lives.