POLITICS AND PLAY | Why Uttar Pradesh should be broken up now 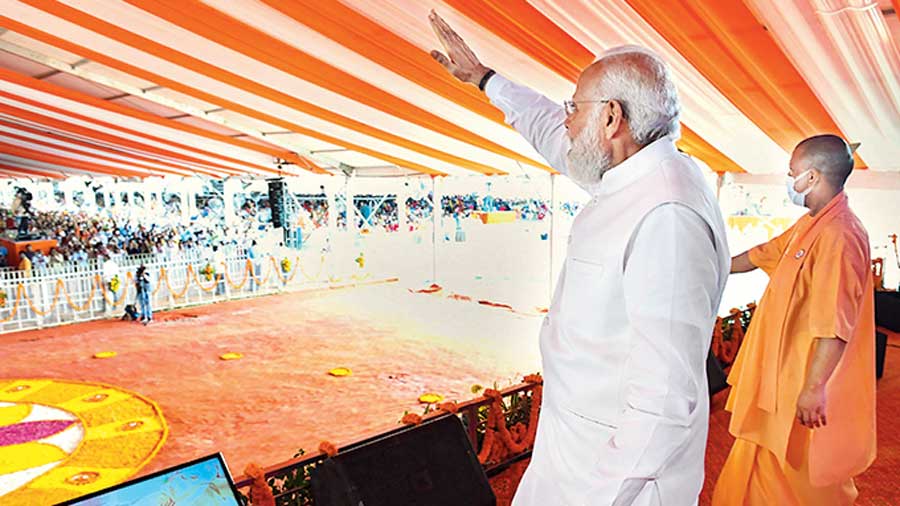 The report of the States Reorganization Commission, submitted to the Government of India in September 1955, is remembered above all for recommending that provincial boundaries be redrawn on linguistic lines. States such as Karnataka, where I live, came into existence because of the implementation of the SRC report, whereby Kannada-speakers spread across four distinct administrative domains were brought together in a unified province.

The SRC had three members: the jurist, S. Fazl Ali (who also acted as chair), the social worker, H.N. Kunzru, and the historian, K.M. Panikkar. In a fascinating note printed as an appendix to the main report, Panikkar suggested that, apart from creating consolidated states of Kannada-speakers, Tamil-speakers, Odia-speakers and so on, the SRC should recommend the break-up of India’s largest state, Uttar Pradesh. As things stood, in terms of population, UP was as large as several other states combined. This gave it a disproportionate influence on national politics which the historian thought had dark portents for the future of Indian unity.

In his note, Panikkar argued that it was “essential for the successful working of a federation, that the units should be fairly evenly balanced. Too great a disparity is likely to create not only suspicion and resentment but generate forces likely to undermine the federal structure itself and thereby be a danger to the unity of the country”. Pannikar further remarked: “If one were realistic and took into consideration the manner in which governments functioned all over the world, it would be easy to see that this preponderant influence which would accrue to a very large unit could be abused, and would in any case be resented by all the other constituent units. Modern governments are controlled, to a greater or lesser extent, by party-machines, within which the voting power of a numerically strong group goes a very long way.” Hence, said the historian, the question before the federation was “whether it is desirable to place any unit in a position to exercise an unduly large measure of political influence”.

Panikkar’s note was pragmatic as well as prescient. Already, in 1955, the historian from Kerala was arguing that “the consequence of the present imbalance, caused by the denial of the federal principle of equality of units, has been to create feelings of distrust and resentment in all the States outside Uttar Pradesh. Not only in the southern States but also in the Punjab, Bengal and elsewhere the view was generally expressed before the Commission that the present structure of government led to the dominance of Uttar Pradesh in all-India matters.”

How could this imbalance be redressed? Panikkar offered the example of Germany in the time of Bismarck, when the state of Prussia, dominant in population and in economic strength, was given less than proportionate representation in the national legislature, so as to reassure smaller populous states that a unified Germany would not be excessively Prussianized. Panikkar could also have mentioned the case of the United States of America, where every state regardless of size has two seats in the Senate, likewise to offset excessive dominance by populous states like California.

However, these precedents had been foreclosed by the Indian Constitution, which had made representation in the Lok Sabha proportionate to population. By this principle, in the year 1955, UP accounted for as many as 86 out of 499 MPs (after the creation of Uttarakhand in the year 2000, this has become 80 seats out of 543). In view of the dominant influence of the Lok Sabha on governance and decision-making, Panikkar said that “the only remedy open to us is to reconstitute the overgrown state, in such a manner as to lessen the differences — in short to partition the state. This seems to me an obvious proposition.” He suggested that the state be broken up into two, with the creation of a new “Agra State” consisting of the Meerut, Agra, Rohilkhand and Jhansi divisions.

However, while the compelling need to partition Uttar Pradesh was ‘obvious’ to Panikkar, it was less so to the other members of the Commission. And it was still less obvious to the ruling Congress Party, whose prime minister, Jawaharlal Nehru, was from Uttar Pradesh. UP had been an epicentre of the Congress-led freedom struggle and in the year, 1955, the party still massively dominated the politics of the state.

An early reader of the report of the SRC was B.R. Ambedkar. He summarized his response in an insightful pamphlet, which was published in the last week of December 1955. Here, Ambedkar quoted approvingly from Panikkar’s note on UP, endorsing his view that “this disparity in the population and power between the States is sure to plague the country.” Ambedkar felt that “to provide a remedy against [the disparity] is most essential”. He proposed that UP become three distinct states, not merely two as suggested by Panikkar. These would have as their capitals Meerut, Kanpur and Allahabad, respectively. Ambedkar’s proposal was also met by an icy silence from the Union government.

Five-and-a-half decades after Panikkar and Ambedkar suggested that UP be broken up, a new proposal to that effect was made by Mayawati. In 2011, when she was chief minister of the state, Mayawati had a resolution passed in the assembly urging that the existing state be carved out into four smaller states — to be called Purvanchal, Bundelkhand, Awadh Pradesh and Paschim Pradesh, respectively. The proposal was bitterly opposed within UP by the Samajwadi Party, while the Congress, then in power at the Centre, saw no merit in it either.

First made by K.M. Panikkar in 1955, the case for the break-up of Uttar Pradesh remains persuasive. Originally, the argument was principally political, to the effect that that one excessively large unit exercised a hegemonic influence, undermining the collaborative nature of the Indian federation. More recently, the case for dividing UP has been consolidated by the imperative of good governance. UP is clearly too unwieldy, too spread out, and far too populous to be efficiently administered by a single chief minister operating from a single seat of government.

On most development indicators, UP ranks very poorly among Indian states. It is backward, economically as well as socially. One reason for this backwardness is that, in recent decades, the political culture of the state has been oriented towards promoting majoritarian pride. A second reason is that the state is extremely patriarchal. But a third reason for UP’s relative backwardness is surely its population size. With more than two hundred million inhabitants, it has more humans within its borders than all but five countries in the world.

In February 2017, shortly before the last assembly elections in Uttar Pradesh, I published a column in the Hindustan Times stating afresh the case for the break-up of the state. I wrote: “The ‘U’ in UP is said to stand for ‘Uttar’. This is a misnomer, for there are several states of the Union that lie further north of it. What the ‘U’ in UP really stands for is ‘Ungovernable’. And that status will not materially change whoever wins this current Assembly election. For the sick state of UP to become healthy at last, it must first be divided into three or four self-governing parts.”

For the good of India, for the good of its own residents, Uttar Pradesh needs to be divided into three, perhaps four, separate and distinct states, each with its own assembly and council of ministers. Tragically, there is little chance of this happening.  For Narendra Modi and his party, the capture and retention of power have always mattered much more than good governance. In the general elections of 2014 and 2019, the Bharatiya Janata Party won 71 and 62 seats from UP, respectively, these playing a critical part in helping it gain an overall majority. The Modi government may hope that its failures in managing the economy and in containing the pandemic will be forgotten by 2024, and that an aggressive Hindutva agenda, based on the construction of the Ram Temple and fears of Muslim demographic expansion, shall polarize Hindu opinion in their favour and, once again, secure to the BJP a majority of the 80 seats in the Lok Sabha from UP.

And so an undivided Uttar Pradesh will continue to suffer and stagnate, casting a negative shadow on the rest of the country as well. The future of the state, and of India itself, is currently being held hostage to the political ambitions of one man and his party.