Why the Indian Ocean Conference is becoming important

Security interests of countries in the region converge, and India's Act East policy gets a boost 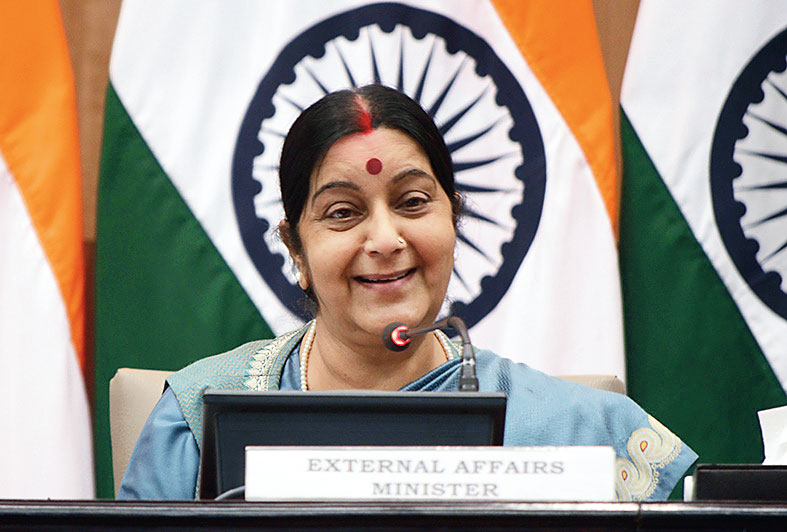 The third edition of the Indian Ocean Conference concluded in Hanoi, Vietnam, after participants from 43 nations, most of whom were ministers representing their countries, put forward their ideas on ‘Building Regional Architectures’, which was also the theme of this year’s two-day conference, held on August 27 and 28. India’s external affairs minister, Sushma Swaraj, made a few key points in her address. She stressed the importance of having enhanced economic and trade linkages with countries in the Indian Ocean region as well as nurturing peace and stability in the IOR, which is being increasingly prioritised within the Indian foreign policy framework.

Maritime security and safety have taken centre stage in the 21st century, especially in the realm of non-traditional threats which include maritime terrorism, smuggling, drug trafficking, illegal immigration and so on, compounded by natural disasters, oil spills and effects of climate change. These are threats and challenges that impinge on the national interests of IOR nations. India wants to establish its sphere of influence within the IOR as it knows the importance it holds for India’s geo-economic and geopolitical interests. Therefore, regional cooperation with the countries in the area is a key factor in ensuring the smooth flow of trade, checking piracy and securing the sea lanes of communication in the IOR. The histories of the rise and fall of great powers have shown that those who are capable of mastering the seas end up becoming great powers, although the global order at present demands interdependence rather than belligerence to utilise maritime power.

Today, the security interests of countries in the IOR converge, encompassing both the traditional and non-traditional aspects of security. Being host to the world’s busiest waterways, which carry half the world’s container shipments, one-third of its bulk cargo traffic and two-thirds of oil shipments, the Indian Ocean clearly assumes importance well beyond its immediate shores and its littoral, a point emphasised by Swaraj at the conference.

The IOR plays a key role in strengthening India’s Act East policy. This is because the latter shares concerns regarding a number of issues — such as enhancing regional connectivity, promoting economic cooperation, strengthening cultural ties, and developing strategic relationships with countries in the Asia-Pacific region through continuous engagement at bilateral, regional and multilateral levels — with the nation’s maritime policy as well. The objectives of both the policies overlap to a large extent. As a result, concepts such as ‘Security and Growth for All in the Region’, put forth by prime minister Narendra Modi in 2015 came into picture, showing the importance which India attaches to the region.

The IOC 2018, therefore, should be looked upon as an alternative platform where the participating nations came together to exchange views on various issues pertaining to the region’s maritime security at large. Even though there are other institutional mechanisms available for the parties concerned to address the same issues, it is a good sign that this annual conference is taking its own institutional shape with each passing year, and is attracting participation from more and more countries around the world.