Writing in the 14th century, Ibn Khaldun argued that political dynasties do not usually command influence or credibility beyond three generations 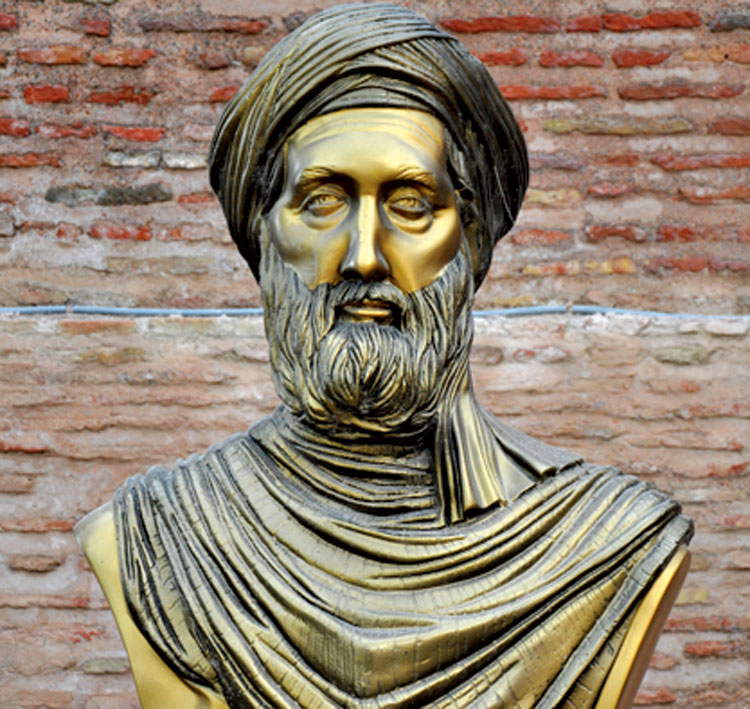 In January 2013, when the Congress was in power at the Centre and general elections were more than a year away, I published a column on Rahul Gandhi in The Telegraph. After reviewing his political career over the past decade, I wrote: “The nicest thing one can say about Mr Rahul Gandhi is that he is a well-intentioned dilettante. He has shown no signs of administrative ability, no desire to take on large, important responsibilities, no energy or commitment to solving — as distinct from merely identifying — serious social problems.”

I added: “Mr Gandhi’s dilettantism would not matter so much if he was still in college or in a private-sector job or running a small business of his own. But as the vice-president and prospective leader of India’s largest, oldest, and still most influential political party, and as their candidate for prime ministership, it does matter.”

My column was read by a social worker with close connections to the Congress. He told me an interesting and revealing story. Since Rahul Gandhi professed concern for farmers, he was urged by civil society activists to become rural development minister after the United Progressive Alliance was re-elected in 2009. He could thereby put his ideas into practice and acquire administrative experience as well. Mr Gandhi declined to act on the suggestion. No reason was given, but it appeared that his mother, the then Congress president, believed that her son could only join a Congress-led government directly as prime minister. This speculation gained credence when, in September 2013, the serving prime minister, Manmohan Singh, said in an interview that “Rahul Gandhi would be an ideal choice for the PM post after the 2014 elections,” adding that he would be “very happy to work in the Congress under the leadership of Rahul Gandhi.”

That never came to pass, as the party of Singh and Rahul Gandhi was routed in the 2014 Lok Sabha elections. The Congress lost some 160 seats in all. In the same month next year, general elections were held in the United Kingdom. The Labour Party lost a mere 20 seats; yet its leader, Ed Miliband, resigned immediately. But Indian democracy was departing ever more from the Westminster model on which it was allegedly based. Here, the face of the campaign, the ruling party’s vice-president, was shielded from taking responsibility; to the contrary, he was rewarded for his defeat, his mother making way for him to become president of the party.

And now Rahul Gandhi has led his party to a second successive defeat in a general election. What should the Congress do now? Will it search for a new president? Can it think beyond the First Family? I shall come to these questions presently, but first let me say something about the politician who, both in 2014 and 2019, led the campaigning on the other, or winning, side. Many writers have pointed out that while as an insurgent, Narendra Modi eschewed sectarian pride and campaigned on the plank of development, as an incumbent prime minister, Modi foregrounded national security while also invoking Hindutva majoritarianism. However, there was one striking similarity between the two prime ministerial campaigns that Modi has conducted. In 2014, Modi mocked Rahul as a naamdar, a person known only by his family name, whereas he was himself a kaamdar, a person known by the work he had done for his state and its people. He had, he claimed, started life as a chaiwallah whereas his principal opponent was a fourth (or perhaps fifth) generation dynast, born to a life of privilege. In 2019, Modi, adroit as ever, made this a presidential campaign once more — by asking voters, do you want me, the hardworking kaamdar, or Rahul, the entitled naamdar?

In an essay published in Scroll.in on May 21, Supriya Sharma wrote of how, in four large states that she visited — Bihar, Rajasthan, Uttar Pradesh and Maharashtra — the “prime minister remains incredibly popular and most voters clearly identified him as the reason they were voting for the BJP.” On the other hand, wrote Sharma, “not a single voter I met in four states identified Rahul Gandhi as a leader to vote for.” The election results that came in two days later bore this out entirely. By one reckoning, there were 188 seats in which the Bharatiya Janata Party and the Congress, or Modi and Rahul, were in direct contest with one another — with the BJP, or Modi, winning a staggering 174 of these.

The Congress’s second successive Lok Sabha defeat may have been even more humiliating than the first. Yet, ironically, Rahul Gandhi may be the only person within the Congress ecosystem who thinks he has something to answer for. Hence his offer to resign; an offer, of course, ‘unanimously’ rejected by the Congress Working Committee. Meanwhile, Congress-minded intellectuals in Delhi are busy writing paeans to Rahul as the sole torchbearer of Nehru’s secularism; English-language journalists in Delhi are pointing to the success of Jagan Reddy and Naveen Patnaik as proof that it is not dynasty per se that is the problem. However, the strongest opposition to Rahul stepping down as Congress president has come from his own mother, who seems most reluctant to have someone outside the family taking up the party’s leadership.

After I myself tweeted that “the Congress should dump the Dynasty”, a friend from Uttar Pradesh, the writer, Anil Maheshwari, sent me a long excerpt from the works of the great Arab scholar, Ibn Khaldun (picture). Writing in the 14th century, Ibn Khaldun argued that political dynasties do not usually command influence or credibility beyond three generations. As he wrote: “The builder of the glory (of the family) knows what it cost him to do the work, and he keeps the qualities that created his glory and made it last. The son who comes after him had personal contact with his father and thus learned those things from him. However, he is inferior in this respect to (his father), in as much as a person who learns things through study is inferior to a person who knows them from practical application.”

The second generation could pass muster, but not what came thereafter. For, as Ibn Khaldun continued: “The third generation must be content with imitation and, in particular, with reliance upon tradition. This member is inferior to him of the second generation, in as much as a person who relies (blindly) upon tradition is inferior to a person who exercises independent judgement.” And as for the fourth generation, this “is inferior to the preceding ones in every respect. This member has lost the qualities that preserved the edifice of their glory. He imagines that the edifice was not built through application and effort. He thinks that it was something due to his people from the very beginning by virtue of the mere fact of their (noble) descent, and not something that resulted from group (effort) and (individual) qualities.”

The problem with the political dynast of the third or fourth generation, argued Ibn Khaldun, is that “he sees the great respect in which he is held by the people, but he does not know how that respect originated and what the reason for it was. He imagines that it is due to his descent and nothing else. … He trusts that (they will obey him because) he was brought up to take their obedience for granted...”

As a political dynasty went into a fourth or fifth generation, argued Ibn Khaldun, it sowed the seeds of its own fall. Subjects increasingly lost respect for glory derived at second or third hand, and came to despise the entitled naamdar. So “they transfer (political) leadership from him and his direct lineage” to some other leader or lineage, “after they have convinced themselves that the qualities of the (new leader) are satisfactory to them.”

Ibn Khaldun helps us understand why Jagan and Naveen succeeded, while Rahul failed. They were second-generation dynasts who saw at first hand what their father did. By the same token, Indira Gandhi had grown up with Jawaharlal Nehru and the ideals of the freedom struggle, and was thus a more credible and effective political leader than her son or her grandson could ever hope to be.

Everyone in the Congress needs to read (and digest) these words of Ibn Khaldun. And perhaps Sonia Gandhi above all. As a mother, she may not share this columnist’s assessment of her son as a “well-intentioned dilettante”. But even if he is in fact more intelligent, more energetic, and more politically astute than I believe he is, the fact is that both history and sociology work against him. For, if medieval and feudal Arabia found fourth-and-fifth generation dynasts hard to accept, why would modern and democratic India be any different?

THE NERVOUS SOLDIER - Will the nation be safe in the hands of a well-meaning dilettante?