DELHI DIARIES: Aam Aadmi Party's Raghav Chadha is the 'most stylish politician', and a Bihar MLA sparks a political-bureaucray tussle 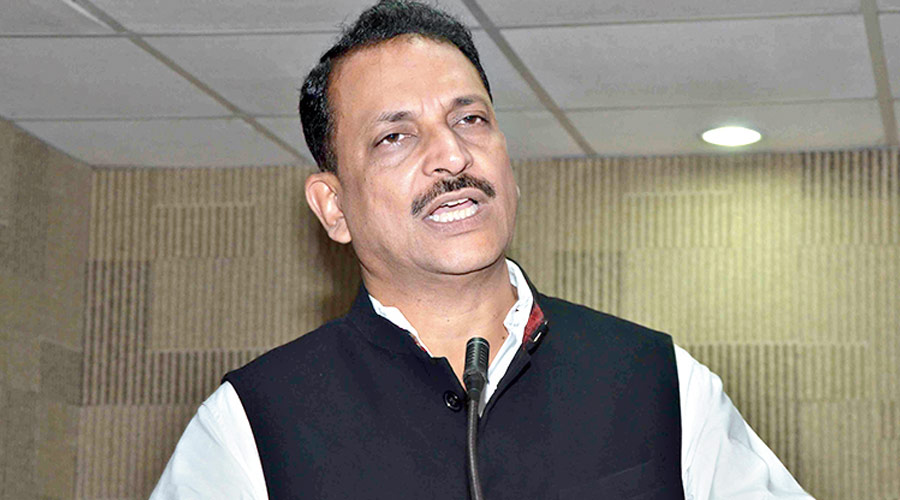 The former Union minister, Rajiv Pratap Rudy, sought to grab the attention of the Lok Sabha this week by claiming to be a “backward person”. In the political context, ‘backward’ refers to people hailing from deprived sections or castes. Rudy is a Rajput or Kshatriya and, thus, his claim amused many members of parliament. Rudy, however, had a justification handy. He said that since Bihar is considered a backward state, he, too, is a ‘backward MP’. The former minister, who is now more busy flying commercial flights, was speaking during the Covid-19 debate in the House. Many of the Bharatiya Janata Party MPs and Rudy’s political colleagues felt that he was actually venting his frustration at being pushed to the margins under the current dispensation. This seems to make more sense after one heard Rudy’s response to A Raja, who was presiding over the House at the time. Raja kept asking Rudy to wind up as he had exceeded the allotted time. “You are Raja... a Raja should be large-hearted,” Rudy said, seeking that he be allowed to speak more. Who was the MP trying to send a message to? Obviously not the Dravida Munnetra Kazhagam member, Raja, BJP members opined.

The Aam Aadmi Party’s youth icon and proverbial chocolate boy, Raghav Chadha, was rewarded for his grooming. The Delhi member of legislative assembly, who is the lynchpin of the party’s assembly campaign in Punjab, was named the “Most Stylish Politician” at the India Fashion Awards this week. He received the trophy from the BJP MP, Maneka Gandhi. In the past, Chadha has wowed crowds at women’s colleges in the city, and his Instagram posts often get marriage proposals from smitten supporters.

A first-time Bihar minister from the BJP, Jivesh Mishra, was all fire and fury when his car was stopped inside the legislative assembly premises, apparently to allow the movement of some not-so-senior Central services officers. He complained in the House and asked whether the government was bigger or the administration. Much debate followed inside and outside the assembly over it, and many legislators raised the issue of Indian Administrative Service and Indian Police Service officers becoming arrogant and unbridled. However, some Janata Dal (United) leaders pointed out that it was actually a question of who the bureaucrats perceived as powerful. “Just see how Nitish Kumar despatched the chief secretary and the DGP to rummage through the garbage after liquor bottles and tetrapacks were found within the assembly premises. The two top officers actually did so even though the police had removed the bottles a couple of hours ago,” a JD(U) legislator explained. The two senior officers are still looking for clues as to who flouted prohibition at the very place where the law to ban liquor was passed.

The Congress lost the bypolls to two assembly seats in Bihar so badly after breaking away from the Rashtriya Janata Dal-led Grand Alliance that its candidates had to forfeit deposits. Then came the stocktaking. A very senior Congress leader revealed that everybody realized that the party was nowhere on the ground and that the secular vote bank in the state has shifted to the RJD. “We have realized that we have to work very very hard to have a fighting chance to single-handedly win a seat in the state. But that’s not all, we will reclaim some of our lost ground only when the RJD becomes weak,” the Congress leader said. He added that the high command had been apprised of the realization last month, but it seems to be taking an eternity for directions to arrive.

The key question being asked in Karnataka is whether the Janata Dal (Secular) will once again embrace the BJP after the former prime minister, HD Deve Gowda, met the incumbent PM, Narendra Modi, in Delhi recently. This is relevant for the December 10 elections to the legislative council. Since the JD(S) can help the BJP in the agrarian pockets, a deal would be in the interest of the latter. The Congress has only distanced itself from its former partner. Political pundits warn about the risk the Congress has invited upon itself by antagonizing the JD(S), especially in light of the fact that the state polls are around the corner.

Still smarting from the wounds inflicted by the Kerala electorate, the BJP has been desperately trying to get some foothold in the state. To begin with, the BJP has decided to strengthen its local branches by splitting each assembly constituency unit into two. Some party insiders say that this would not only strengthen the grass roots but also help placate local leaders eyeing party positions. But the question being asked by old-timers in the party is whether too many cooks would spoil the broth.

The BJP’s outreach to Delhi’s slum dwellers ahead of the upcoming municipal polls took an embarrassing turn this week. A photograph of the Tamil author, Perumal Murugan, was featured as that of a generic slum dweller on the party’s posters for the Jhuggi Samman Yatra. Understandably, tempers rose in Tamil social media. Murugan, however, wrote on Facebook, “I belong to the slums. Delighted!” The same cannot be said of the BJP, which actively woos Tamils.