Advertisement
Home / Opinion / Who is an Indian public intellectual? Not a columnist in an English newspaper

Who is an Indian public intellectual? Not a columnist in an English newspaper 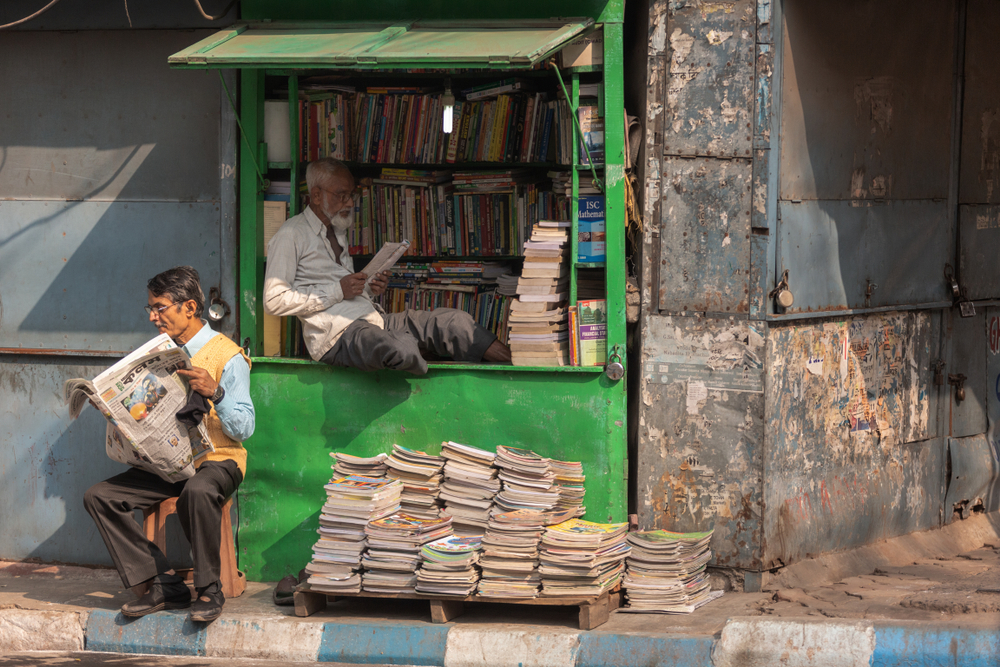 In illiberal societies like ours, being a public intellectual with a cause requires genuine courage
Shutterstock
Mukul Kesavan   |   Published 31.08.19, 04:37 PM

The last refuge of unselfconscious, upper-class male privilege is that contemporary parlour game, the listing of public intellectuals. This is peculiarly true of postcolonial countries like India where the gendered elitism that ring-fences these lists is reinforced by the smugness of Anglophone belonging. The typical Indian list will feature upper class, upper caste, middle-aged Hindu men who write and speak in English for that sliver of India’s population that reads op-eds in India’s English newspapers and websites or watches political wrangling on English news channels.

This is not to suggest that writing in English for an elite pan-Indian audience is bad in itself. English is an Indian language, a great deal of worthwhile intellectual work happens in English and it’s useful to have an inter-elite lingua franca in a country as linguistically diverse as India. Some of the most powerful intellectual interventions in Indian public life have been written in English; B.R. Ambedkar’s Annihilation of Caste is the obvious example.

The problem arises when this pan-Indian but paper-thin intellectual communion is assumed to be the sum of India’s intellectual life. Salman Rushdie was reckless enough to make this case explicitly in his anthology of Indian writing published in 1997. One story from the ocean of prose produced in the subcontinent’s languages made the cut: Sadat Hasan Manto’s “Toba Tek Singh”. Instead of presenting his selection as an anthology of English prose written by Indians, Rushdie chose the provocateur’s path: he doubled down on the claim that the prose produced by desis in English was just better than the stories and memoirs written by India’s bhasha writers.

Rushdie’s willingness to pronounce on that which he didn’t know can, perhaps, be explained away by the fact that he left India as an adolescent. It’s harder to understand resident Indian list makers mistaking anglophone newspaper columnists and television anchors for public intellectuals. Conventionally, a public intellectual is someone who has produced first-rate work in her chosen vocation but manages to reach beyond that expertise to communicate large ideas to a lay public.

This unexceptionable definition suggests why anglophone Indians should be careful about raising their fellows to the rank of public intellectuals. Public intellectuals need a public. A columnist in The Telegraph who writes in a language that cannot be read by the vast majority of Calcutta’s urban public, forget Bengal’s rural hinterland, is, almost by definition, addressing himself to a privileged elite, not a ‘public’ in any democratic sense of that term.

This is not to deny the disproportionate influence that English language media have on English-speaking corporate leaders or English-speaking bureaucrats or English-speaking politicians or the cohort of upwardly mobile young people who aspire to English, but it is to point out that opinion in English — passionate, lucid, informed, supine or dissenting — is directed at the ruling elite and the readership that is its recruiting ground. It is not a coincidence that a venerable Indian daily is religiously read by young people preparing for the civil service examinations.

One reason why the people who compile these lists are unselfconscious about this attenuated notion of the ‘public’ is that they have merged the category of the public intellectual with his fast-breeding cousin, the policy intellectual. Over the past decade in India, a significant section of the column-writing class became lodged in the country’s proliferating think tanks. These institutions are oriented towards public policy and their principal audience is the State and the organizations that service the State. Policy intellectuals attached to these organizations are unlikely to be concerned about the scope of an intellectual’s audience so long as it includes the relevant functionaries of the State.

It’s worth pointing out here that writing a regular column or presenting a weekly television show aren’t the best credentials for a public intellectual. A university teacher or a think tank policy maven who writes a column or appears regularly on television is at once someone with a public platform and someone with a gig. The fact that some columnists write principally on politics, military security, foreign affairs and the state of the nation while others focus on public health, climate change, malnutrition and farmer’s suicides, doesn’t make the one more significant or more ‘public’ than the other.

So what might a real public intellectual look like? He might look like Edward Thompson, a great British historian who, late in life, became the face of the Campaign for Nuclear Disarmament. Thompson wrote with great verve and passion; it didn’t matter if he was writing a dense doorstop like The Making of the English Working Class or the anti-nuclear pamphlet Protest and Survive. He was politically engaged, he wrote in a language that was understood across social classes and he gave years of his professional life to a public cause: nuclear disarmament. She might look like Germaine Greer who, in The Female Eunuch, attacked Western consumer society’s repression of female sexuality in maverick, provocative prose that resonated with a global public in a way that an academic monograph would never have done. He might look like the conservative editor and blogger, Andrew Sullivan, one of the moving spirits behind the successful campaign to legalize gay marriage in the United States of America. She might look like Naomi Klein who has done as much as any writer in the world to bring home to the reading public the apocalypse threatened by climate change.

Who would be their Indian counterparts? In illiberal societies like ours, being a public intellectual with a cause requires genuine courage. I’m not talking about columnists writing for the English language press. Not because there aren’t amongst them writers of principle and courage but because the English language press isn’t politically important enough to matter to either the public at large or the powers that be. This might change but for now, English language pundits serve the same purpose as the Fool in Lear’s court: licensed tellers of occasionally uncomfortable truths.

One way of finding India’s public intellectuals is to follow the bodies. Narendra Dabholkar, Govind Pansare, M.M. Kalburgi and Gauri Lankesh were public intellectuals who wrote in their mother tongues: Dabholkar and Pansare wrote in Marathi, Kalburgi and Lankesh in Kannada. They spoke to a vernacular readership beyond the reach of the country’s English media. They were all ideologically rationalist and hostile to religious orthodoxy. Every one of them was assassinated. Being a martyr to a cause shouldn’t be a requirement for a public intellectual in any country, but their examples help remind us that the battleground for India’s soul is not the op-ed page of an English daily or the talking shops of television.

There are outstanding examples of dissent and courage in English. Writers as different as Arundhati Roy, Rana Ayyub, Priya Ramani and Menaka Guruswamy have pushed the boundaries of the possible in the face of prejudice, intimidation and abuse. You don’t have to agree with them to acknowledge the service they have done us as dissenters. But to limit an all-India pantheon of public intellectuals to writers in English as so many lists do is a form of self-regarding stupidity that we should have outgrown.

English skills are the mantra of success, say experts in Calcutta