DELHI DAIRIES: While BJP made ‘illegal infiltration’ a big issue in Assam, Modi’s claim that he went to jail for Bangladesh’s freedom might have blunted the edge 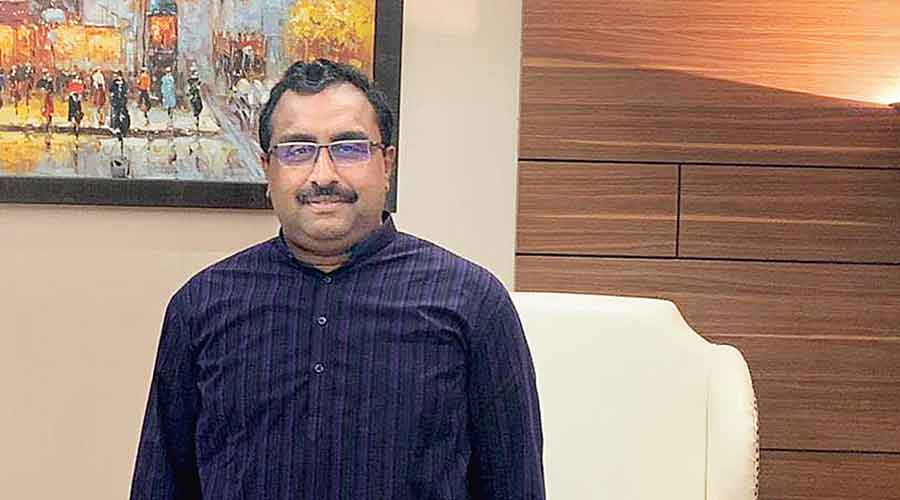 The prime minister, Narendra Modi, might have thought his Bangladesh visit at the time of elections in Bengal would help the Bharatiya Janata Party in the state. But every action has multiple effects in politics. While the BJP had made ‘illegal infiltration’ a big issue in the neighbouring, election-bound Assam, and the home minister, Amit Shah, built his entire campaign by attacking the All India United Democratic Front leader, Badruddin Ajmal, for supporting ‘infiltrators’, Modi’s sweet talk in Dhaka and the claim that he himself went to jail for Bangladesh’s freedom might have blunted the edge of this emotive plank. Shah’s fierce attacks on Ajmal also sounded hollow as the AIUDF leader tweeted, “I wish a pleasant stay of PM Modi ji in Bangladesh. I [would] like to request him to discuss with Sheikh Hasina... the issues of deportation of illegal immigrants and the Indo-Bangla border sealing to stop further infiltration.” Neither the BJP made any such demand from the prime minister, nor has Modi raised the issue of infiltration, given the sanctity of the occasion. The Congress, which was uncomfortable with the home minister’s focus on the AIUDF, now feels Shah’s blusters on Ajmal sound like a joke. In fact, the BJP’s plan for a long-drawn eight-phase polling schedule for Bengal also ended up helping the Congress. It has allowed the Congress to delink its Kerala strategy from that of Bengal, and effectively conceal the hypocrisy about its relations with the Left. Rahul Gandhi will now embark on the Bengal journey only after the Kerala elections are over. The Congress is quietly thanking the BJP.

From @rammadhavbjp he is now @rammadhav_rss. Ram Madhav, formerly a high-profile leader of the BJP, swiftly changed his official Twitter handle after he was shunted to the Rashtriya Swayamsevak Sangh. Like many others, Madhav had come to the BJP from the RSS, the ideological parent of the sangh parivar, in 2014. It was widely felt that Amit Shah, who had taken over as BJP chief, had got him in his core team. Over the years, however, Madhav’s equations with Shah deteriorated. Many in the party said it was Madhav’s high profile and ambitious personality that did not go down well with Shah. Whispers in party corridors even had it that Madhav was aspiring to become party boss if not a key minister in the Central government. Leave aside these high hopes, Madhav could not even become a member of parliament. Now he is back to where he had come from.

In spite of being edged out, however, Madhav continues to retain his high profile. He has a personal website rammadhav.in that describes him as an “author and thinker”. He is also a member of the governing board of India Foundation, an international think-tank. Now the RSS as an organization is faced with a personality cult.

After the Bihar police attracted nationwide outrage for going on a rampage inside the legislative assembly, thrashing, kicking, and hurling out Opposition lawmakers, endangering their life, limbs and modesty, the officials put the onus on the Speaker, Vijay Kumar Sinha. Although the legislators protesting the tabling of the Bihar special armed police bill 2021 — it has now become an Act — apparently triggered the violence, what happened was unprecedented in the history of the House.

As eyewitness accounts and video footage showing the police’s high-handedness emerged, they also brought forth questions whether the police personnel overstepped their brief, and if there would be a probe into it. The additional chief secretary of the home department, Chaitanya Prasad, had said that the police force entered the assembly to assist the marshals on the directions of the Speaker. He had added that it would be the Speaker’s prerogative to order an investigation into whether the police exceeded their brief on the occasion. Reportedly, Prasad also promised strict action if the police personnel were found to have committed a wrong. Now that the Speaker has ordered an enquiry, all eyes are on the pending report.

The run-up to the three-phase assembly polls in Assam that began yesterday has been dominated by high-pitched campaigning by almost all senior BJP leaders led by Narendra Modi, Amit Shah and JP Nadda. The Congress, on the other hand, is relying on Rahul Gandhi, Priyanka Gandhi Vadra and the Chhattisgarh chief minister, Bhupesh Baghel, as vote-catchers.

Baghel has been working at the grass roots like the state leaders, having made several trips since his appointment as the party’s observer in January. Congress insiders say that both the Congress general secretary in-charge of Assam, Jitendra Singh, and Baghel have until now done a “good job” helping a “deeply divided” party mount a strong challenge. For most, Baghel has silently activated the grass roots by reportedly deploying his own team of around 400 people. He himself has held many small meetings, interactions and road shows to connect with voters, wooing them with the good things his government has done for the farmers and for income generation. Most importantly, he makes it a point to tell voters that whatever the BJP is “selling” today was “built” by the Congress, to counter the BJP’s claim that no development took place during the Congress rule. Win or lose, Baghel’s silent push to boost the party’s prospects have to be acknowledged, Congress insiders said.

The first BJP member ever to get elected in Kerala assembly, O Rajagopal, has often put his party on the defensive with his statements that border on blasphemy in his party. Never hiding his admiration for the chief minister, Pinarayi Vijayan, Rajagopal recently left BJP leaders squirming as he attributed the 90 per cent literacy in the state as the reason why his party was not growing there. The remark came just days after his admission of a Congress-BJP-Indian Union Muslim League understanding in the 1991 polls.

By now Amit Shah has perhaps realized that there is only so much he can do in Kerala without a full grasp of the issues in the poll-bound state. Repeating what his state leaders have been saying for the last few years, Shah has hardly moved away from the Sabarimala or the more recent gold smuggling cases. Unlike Rahul Gandhi who makes it a point to address the state’s audience in English, jumps into sea waters and gives Aikido tips to students, Shah sticks to Hindi and harps on the same set of issues. The BJP’s ‘Chanakya’ seems out of his depth when stuck in unfamiliar political territory.