Advertisement
Home / Opinion / Which party has sustainable existence on its agenda?

Which party has sustainable existence on its agenda? 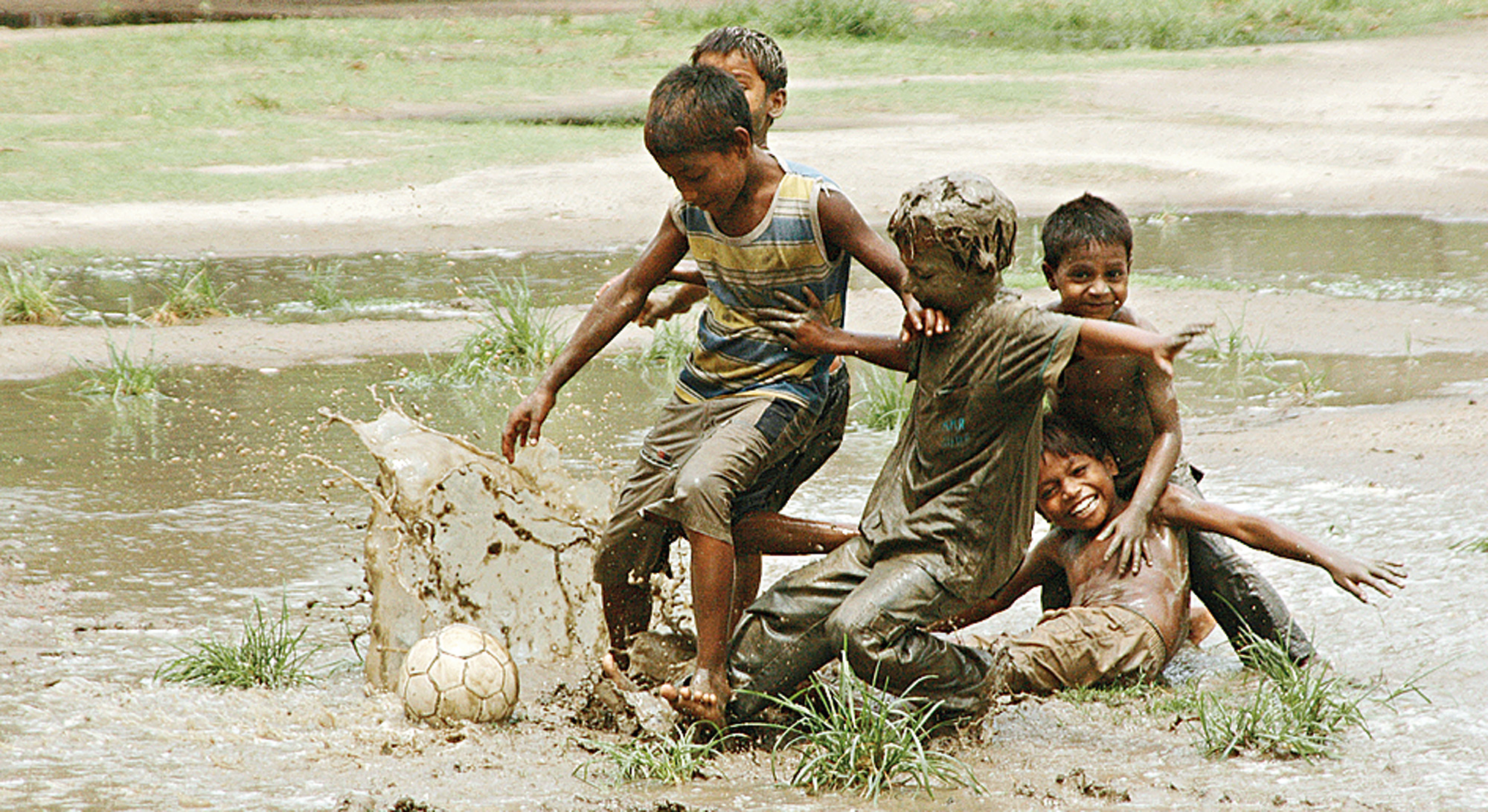 It is very noisy. Elections in India are always noisy. But this time, in spite of the ominous lull of the 39-day-long poll schedule, the impression is of an unrelenting din, because the cacophony of the last five years has taken over sense-memory. And in that noise, things slip past, escaping attention. For example, it was World Earth Day three days ago. While the prime minister received the highest environmental award from the United Nations, Champions of the Earth, last October for his pledge to make India free of single-use plastic by 2022 — this is only 2019 — and his commitment to tackle climate change, India slipped from 155th place in the environmental performance index five years ago to 177th among 180 countries last year. But those are small matters, silent too. The World Earth Day this year is witnessing uncertainty over the fate of the Turtle Wildlife Sanctuary in Varanasi. A month before the prime minister’s environmental glory, the Uttar Pradesh government proposed to the Centre that the ‘katchua’ sanctuary be ‘denotified’. A sanctuary has never been wiped out so far. But without that, the shipping and waterways ministry will not be able to use that stretch of the Ganga for its national waterways project. The sanctuary was declared in 1989, to protect various turtles and clear the stretch of bio-pollutants. Birds, too, bask and breed on the sand bars, while fish and Gangetic dolphins still flourish, although under great pressure.

The National Board for Wildlife permitted ships through this stretch in June 2017, one ship a day, and forbade dredging that would destroy the fragile aquatic system. But laws, boards and rules have been quietly changing since May 2014. In August that year, the number of independent members in the NBWL reportedly dropped from 15 to three, the others being from the government. Governments are not famous for prioritizing the environment, particularly when industry calls, and the pressure on reducing sanctuary spaces or laying train tracks through forests predate the Modi-led dispensation. But governments also formulate checks and balances, permitting some tension. It is the bickering way democracy works. The balance the present government is best at is between noise and silence; its systematic dismantling of environmental safeguards remains invisible. Like the NBWL, the composition of the national green tribunal, which, with a former Supreme Court judge or a high court chief justice as chair, asked hard questions, had to be tweaked. A five-member committee, of which four members would be from the government, would choose the chair, who could be anyone with more than 25 years of experience in law. The Supreme Court stayed this.

Who needs the NGT anyway? Certainly not a government intent on maximizing gains from unchecked industrialization while singing its own glories. The Statue of Unity is less a tribute to a sagacious statesman than plain hubris: the tallest statue into which the Gujarat government poured crores in the name of sustainable development — tourism — built on an island on the already ravaged River Narmada, close to the Shoolpaneshwar wildlife sanctuary, assailing biodiversity and fishing cycles and displacing adivasis. No clearance was sought. Laws of conservation, the protection of forests and coastal regions, prevention of air and water pollution and minority land rights are being sacrificed to the government’s idea of industrialization and glorification. That the Art of Living could hold a World Culture Festival on the Yamuna indicates the pointlessness of the NGT’s existence. A seven-member expert committee reportedly told the NGT that the event, on the first day of which the prime minister shared the massive stage with Ravi Shankar, has not damaged but completely destroyed the river bed, levelling and compacting its soil, annihilating its vegetation and marine life.

But such things are beneath notice amid the fanfare of the prime minister’s Namami Gange project, mentored by saffron-clad sadhus led by Uma Bharati, the similarly attired Union minister for drinking water and sanitation. If holiness equals purity, then the Central Pollution Control Board’s report indicates a pitiful failure. After close to Rs 4,000 crore were poured into the project, the river is now far more polluted than before. Although industry is growing, programmes to treat industrial effluents, sewage and chemicals from agricultural run-off are inadequate, incomplete or simply dysfunctional. Experts have pointed out that the plan itself is flawed, and the professor, G.D. Agarwal, one of the critics, fasted to death after writing three times to the prime minister about the need to allow free flow of the water. At present, 26-year-old Atmabodhanand is fasting in an ashram in Haridwar, part of a small group fighting to ‘save’ the Ganga from mining and stone-crushing. Does a contrived ‘Hindu’ veneer obscure all tricks, all inefficiencies? It makes no sense to call an anti-pollution programme “Namami Gange”. Is the first person singular to be attributed to the prime minister? No doubt he and his friends believe it is His Ganga.

World Earth Day came just a month after the publication of the UN World Water Development report that noted the increase in Ganga pollution through raised levels of faecal coliform bacteria and biochemical oxygen demand. It mentioned the depletion of India’s groundwater through excessive extraction, more than that of China and the United States of America together. Since India does not lack in rivers, this is a comment on the state of those rivers. The last five years are not to blame for all this; the terrifying findings about water in India indicate years of neglect and ignorance, much of the evil arising from the lack of understanding of the need for conservation and water harvesting, and the constant dumping of anything from faeces to corpses into streams and rivers. But the deafening river worship disguising the acceleration of rot — that is new.

March 22 was World Water Day, on which some hard truths should have been aired instead of fantasies of heroes and villains. The basic facts were simply put by the 2018 Niti Aayog report on the Composite Water Management Index. Six hundred million people experience high to extreme water stress, about two lakh die because they cannot obtain safe water, about three quarter homes do not get drinking water on their premises, and nearly 70 per cent of the water is contaminated. Although this is not a computation of the miles women walk to get water in arid regions, or the hours wasted in doing so, no sensible person will make a mistake about either the increase in women’s burden of stress or the indirect ways in which poor water availability may lead to farmers’ suicides. Infections of skin and stomach, the latter often deadly, make up the bulk of diseases, while the rapidly depleting groundwater allows the dangerous leaching of arsenic and fluoride, with devastating results.

The Swachh Bharat Abhiyan could have made things better, had it not turned into a vehicle of one person’s aggrandizement. The elimination of open defecation would be a wonderful thing for India’s people, but it cannot be done overnight, and it cannot be done by a coercive, target-driven agenda. In the absence of a sewage system, the number of toilets built is useless: people do not want to clean the waste themselves. Or they rely on manual scavengers, nourishing caste discrimination. Single pit latrines instead of double pit ones and defective septic tanks add to the problem of pollution. Waste is dumped in open ground or in streams and ponds, or it seeps into underground water, often into borewells which are being dug — again because of the lack of adequate water — in peri-urban areas. It is a cycle: is there a government that will acknowledge this?

Earth and water cannot be separated from each other; they are, like air, the gift of nature. It does not need saffron to underscore their holiness; they are sacred trusts that extend far beyond the snarling of imagined religions and their secret rapacity. The sketch above carries merely a hint of the terrors that surround us. Political parties are promising much: which one has sustainable existence on its agenda?

Diluting norms that protect the environment