When Lekhi discovered a Chinese invasion, in Nalanda 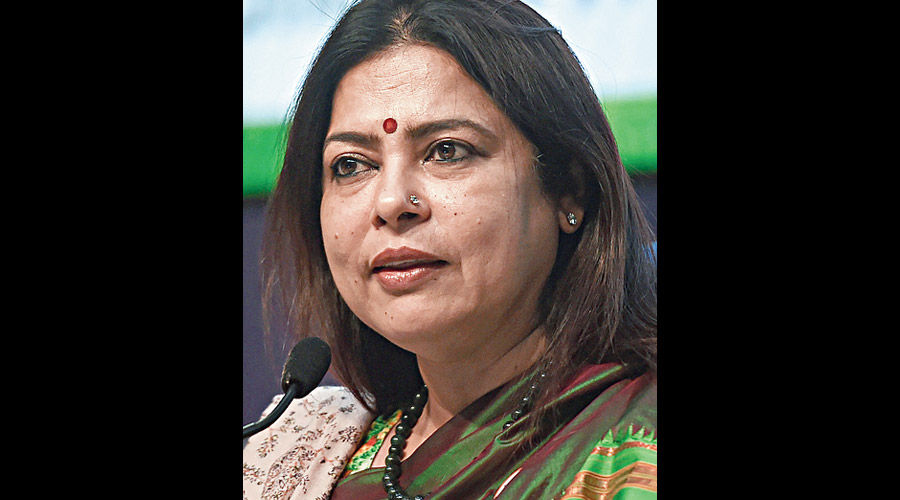 The moment the minister of state for external affairs and culture, Meenakshi Lekhi, set foot outside the excavated ruins of the ancient Nalanda University, a Unesco world heritage monument, she spotted mementos, toys, beads, statues and trinkets made in China being sold in the shops catering to the visitors. This made her realize that not only have the Chinese infiltrated deep inside the Line of Actual Control, but they are also well entrenched in India’s interiors. Lekhi expressed her annoyance and distaste in front of the people accompanying her, and asked why such goods could not be done away with. There were no answers from any of the officials or aides, and she, too, did not insist on getting one. After the MoS left the venue, several shopkeepers there argued over the issue and asserted that they were willing to sell Indian goods if these matched the Chinese ones on all parameters. One of the state government officers present even wondered if she should raise the issue of this ‘de facto’ invasion at the right forums. Another person pointed out that several thousand tourists from all over the world came to Nalanda and went back to their countries with the mementos made in China.

The political and official circles in Bihar are abuzz with the ‘tiger of prohibition’ returning to the state after several back-to-back hooch tragedies and deaths. “Actually, Nitish started riding the tiger when he banned liquor in the state five years ago. With time, people forgot about it. Prohibition kept getting compromised. But with people dying of spurious liquor, the spotlight is back on the ferocious feline. Our leader cannot step down from the animal,” a senior leader of the Janata Dal (United) said when people pressed him for an explanation of what the chief minister of Bihar, Nitish Kumar, planned to do next. However, a leader from the Bharatiya Janata Party — JD(U)’s ally in the state — clarified that the tiger was actually the CM’s obstinacy to keep the liquor ban even if people lose their lives to hooch. After all, Kumar famously pointed out recently, much to the dismay of everybody, that people would suffer if they drank bad things.

The Communist Party of India (Marxist) has kept everyone guessing about the return of Kodiyeri Balakrishnan as the state secretary in Kerala. He had stepped aside a year ago owing to health issues and the arrest of his son, Bineesh Kodiyeri, in a money-laundering case in Bangalore. With his health having improved and his son having been released on bail, it was considered a matter of time before the old warhorse returned to a party position. A close ally of the CM, Balakrishnan was expected to assume charge from the acting secretary, A Vijayaraghavan. But the party’s state secretariat meeting this week did not discuss the topic. It is now being said in party circles that the politburo would take a final call on the matter.

Unity has seldom been a priority in the Karnataka state Congress unit where factionalism has only gained strength over the years. With the ruling BJP and the Congress gearing up for the 2023 state polls, both expecting a win, Congress leaders have been particularly challenged in chasing the mirage called unity. Ever suspicious of each other, the leader of the Opposition, PC Siddaramaiah, and the state Congress president, DK Shivakumar, have been holding their own forts within the party. Siddaramaiah does not like the possibility of Shivakumar becoming the natural choice for the CM’s post if the party wins the state back. The veteran has said that he would prefer a Dalit to lead a Congress government in the state; this can be seen as a hint since Shivakumar is from the dominant Vokkaliga community. With barely 18 months to go, it seems that daggers are already drawn.

The criticism by the BJP MP, Varun Gandhi, of the party’s shrill cheerleader, Kangana Ranaut, for her spiel likening Independence from the British to alms is being seen as a voice of reason in the wilderness of the sangh parivar’s fake new blitz. However, he is not alone. Even the head of the Delhi BJP’s media relations, Praveen Shankar Kapoor, spoke up. Unlike Varun Gandhi, Kapoor is no outlier and has been a party stalwart from Old Delhi for decades. His father, Shankar Das Kapoor, and uncle, Gopal Das Seth, both Congress activists, were jailed during the freedom struggle. “Being a son of a freedom fighter and from a family of freedom fighters, I find Kangana Ranaut calling Independence as alms the worst misuse of independence and an insult to the sacrifices of freedom fighters. If only the judicial system would take note [sic],” tweeted Kapoor, stopping short of asking the ‘Supreme Leader’ to rescind Ranaut’s Padma Shri.

Covid-19 restrictions were cited to keep some prominent people away from the BJP’s national executive committee meeting in Delhi last week. Among them was the former cabinet minister, Ravi Shankar Prasad. He joined the meeting virtually from Patna. While Prasad represents the Patna Sahib Lok Sabha constituency, he has been seen more as a Lutyens’ Delhi club member. Since he first became a minister in the AB Vajpayee government, Prasad carved out a place for himself in the power corridors of Delhi. The present regime appears to dislike so-called Lutyens’ elites. Prasad seems to have realized this and ever since being dropped as a minister, he has been spending time in Patna, nursing his constituency to gather political heft.