When Lalan Singh spoke the 'truth' about Nitish Kumar

DELHI DIARIES | The VIP has the last laugh in a Bihar bypoll, Bommai's unease with his home minister and more 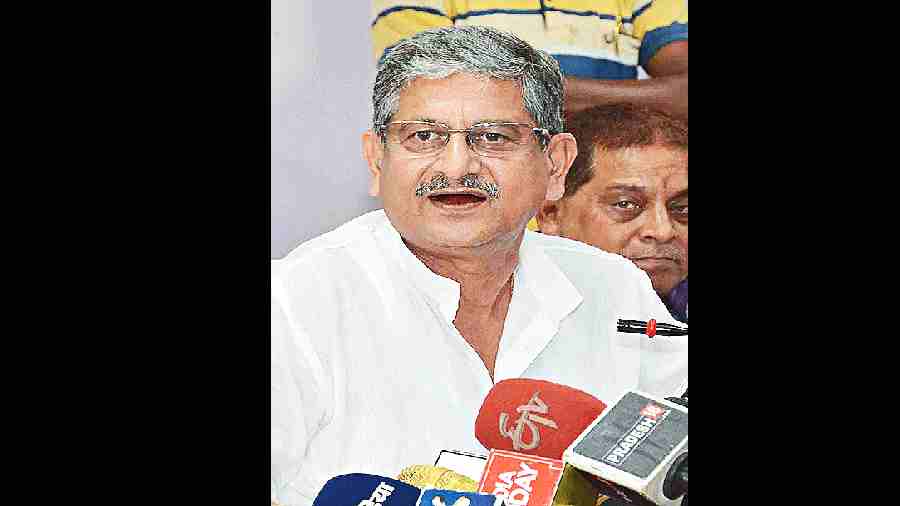 Having disgruntled leaders in any party could be akin to having loose cannons around. The Janata Dal (United) national president and Lok Sabha member, Rajiv Ranjan Singh aka Lalan Singh, let it loose during one of his recent public addresses in Patna. He suddenly asserted that his party leader, Nitish Kumar, was not the chief minister of Bihar owing to anybody’s “kripa”. Kumar and many other senior leaders present there fell silent. But Singh is not alone. The JD(U) parliamentary board chief and former Union minister, Upendra Kushwaha, too, keeps uttering similar things on important occasions. However, numbers tell their own story. The JD(U) with just 45 seats in the 243-member Bihar assembly is at the third position while it’s ally the Bharatiya Janata Party with 77 seats is the largest party in the House. The principal Opposition party, the Rashtriya Janata Dal, is in second position with 76 seats. Moreover, everyone knows that the BJP retained Nitish as the CM just to keep its pre-election promise and that the going has not been smooth since then. Asked whether Singh and Kushwaha were speaking the truth or insulting Nitish, a senior JD(U) leader said, “See, our sages of yore have asked people to speak truth, but not unpleasant truth. Former JD(U) president, RCP Singh (now steel minister), pipped one of these two leaders in the race to the Union cabinet, while the other did not get anything despite merging his party with the JD(U). You can understand the rest.”

Surprise celebrations
It was a big surprise to find the Bollywood set designer-turned-politician and Vikassheel Insaan Party chief, Mukesh Sahani — he calls himself the ‘son of mallah (boatmen)’ — and his supporters celebrating with gulal and firecrackers and distributing sweets. After all, their candidate had come in a distant third in the Bochaha assembly seat bypoll in Bihar.

The celebrations, however, were for the defeat of the BJP. The saffron party had deprived the VIP of a ticket to contest from Bochaha in spite of the seat falling vacant owing to the death of its MLA. The BJP then went on to throw the VIP out of the National Democratic Alliance in March and gulped all its three MLAs.

This was the BJP’s punishment for contesting against it in the Uttar Pradesh elections. However, the VIP dug its heels in and fought the Bochaha polls on its own, bagging votes that could have helped the BJP candidate win instead of getting defeated at the hands of the Opposition, RJD. Asked about the celebrations, Sahani famously quipped that he was a ‘son of mallah’ who will not drown, but those who are not with him will surely sink.

The well-oiled BJP election machinery was on full display, once again, in the Guwahati Municipal Corporation polls held on April 22. The party showed that no election is too small for it. From members of the legislative assembly to ministers of the ruling alliance, all were pressed into action to mobilize support for candidates of the BJP and its ally, Asom Gana Parishad. The CM, Himanta Biswa Sarma, led from the front. The results will be declared today, but the BJP enjoys more than an edge because of its sustained campaign and organizational strength. It has already won three of the 60 seats uncontested and is confident of sweeping the polls.


A thorn in the side

The Karnataka CM, Basavaraj Bommai, must be wondering why one needs foes when his own partymen are after him. The lawmaker, Basangouda Patil Yatnal, took a dig at Bommai by urging him to advertise for a good home minister to control the law and order situation in the state. Not satisfied with the performance of the present home minister, Araga Jnanendra, Yatnal — he often brags that he will be the next CM — has put Bommai in a spot with his advertisement call. After being a headache for the then CM, BS Yediyurappa, Yatnal has, of late, been a nightmare for Bommai with his jibes that hurt the BJP and the government.

The governor of Andhra Pradesh, Biswa Bhusan Harichandan, is an extremely popular leader. He obliges anyone who extends an invitation to attend a meeting in Odisha, whether it is a literary or socio-cultural event. He recently honoured an invitation to attend the death anniversary of late JB Patnaik, former CM of Odisha and former governor of Assam. Harichandan seems to be above pettiness and even recalled the contributions of Patnaik to politics, while paying rich tributes to the latter on his death anniversary at Cuttack, getting a resounding applause from the audience.

In fact, Harichandan’s home in Bhubaneswar is always open to the public. People often question why, when he enjoys so much goodwill in Odisha, does he not take up the boundary dispute between Odisha and Andhra Pradesh to a logical end. However, keeping in mind the popular sentiments attached to the issue, Harichandan is treading a cautious path. He knows that the matter is subjudice before the Supreme Court and any wrong move would cost him dearly.

EP Jayarajan, the new convener of Kerala’s ruling Left Democratic Front, seems to have a knack for putting his foot in his mouth. Back in 2016, when he was the sports minister, he had described the boxing legend, Mohammed Ali, as an athlete who won a gold medal for Kerala in his condolence message.

The other day he invited the Indian Union Muslim League, which is a Congress ally, to the Left Front. A day later, he said he never invited any party after all sides concerned said a plain no.