Advertisement
Home / Opinion / When hedgehogs dream: Civilization and madness in the world of animals

When hedgehogs dream: Civilization and madness in the world of animals 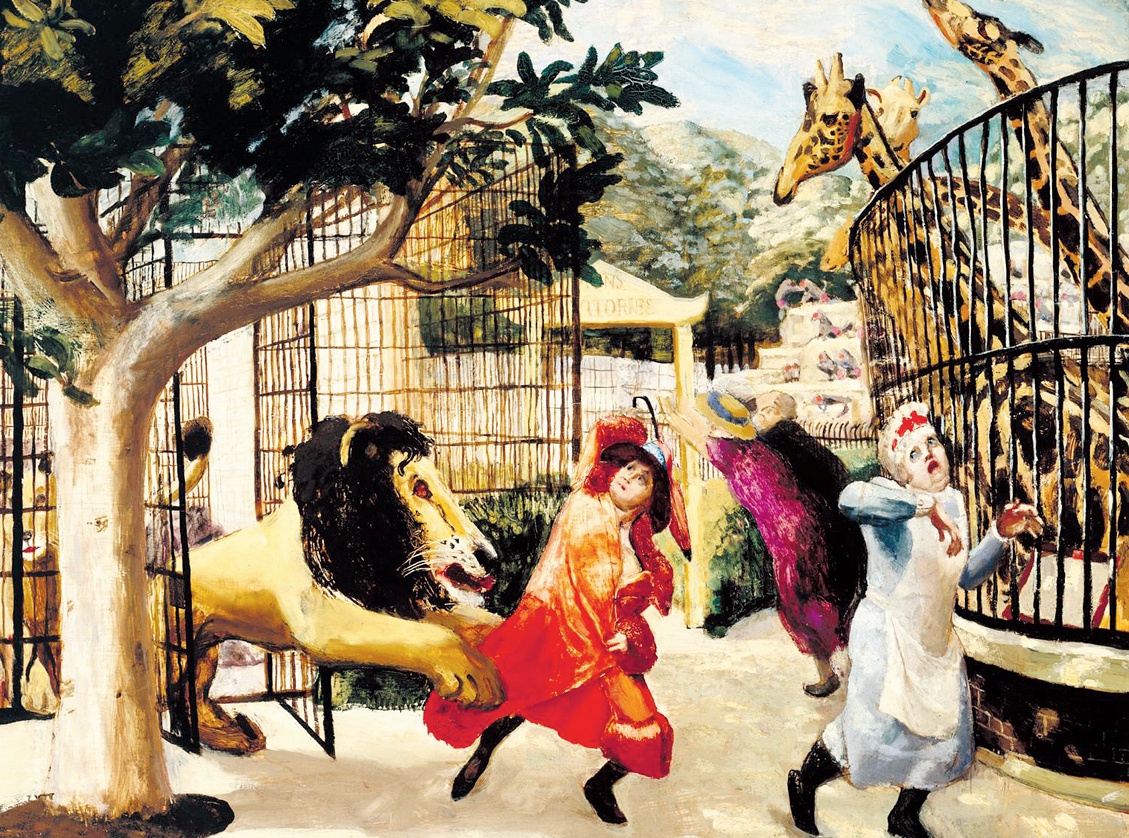 March is the month of madness — in the animal world. Two British naturalists, T.B. Fletcher and C.M. Inglis, had left a delightful account of an instance of such derangement in Birds of an Indian Garden (1936): “Our Indian gardens and groves contain many sweet voiced singers amongst their avian denizens and a few whose voices are less grateful to the ear, but there is not one whose notes consist of such ear-splitting and nerve racking cries as do those of the Brain-fever Bird.” The choice of the epithet, Brain-fever, for the common hawk-cuckoo on the part of Messrs Fletcher and Inglis is illuminating. Brain fever, in the Victorian imagination, was indicative of a mental disorder brought about by emotional distress. Fletcher and Inglis were attributing insanity to the Indian bird which, apparently, loses its marbles with the onset of spring in March.

Their reasoning may have been the result of ignorance as well as differences in sensibility. The two naturalists were acquainting themselves with an unfamiliar ecosystem. Their cultural conditioning could not have prepared them to endure or appreciate what they thought were the idiosyncrasies of a species that was relatively unknown to the European mind. The unknown stokes not just curiosity, but also revulsion, the kind of horror evoked by madness. But Fletcher and Inglis have, in a manner of speaking, committed the lesser sin. A far graver transgression has been perpetrated by those who, over the years, have refused to acknowledge that animals are sentient beings, prone to bouts of madness.

The French philosopher, René Descartes, Laurel Braitman writes in the moving and aptly titled, Animal Madness, was a culprit in this respect, choosing to posit the exceptionalism of human beings on their possession of self-consciousness. “... Descartes argued that animals,” writes Braitman, “were... lacking in feeling and self-awareness and operated unconsciously, like living machines.” In other words, their immunity to emotions inoculate animals against insanity. Descartes’s followers need not be philosophers. In this age, the critics of anthropomorphism — the philosophy of ascribing human characteristics to animals — can come in the garb of a scientist, an entrepreneur, or both, since the line separating science from commerce has been known to become blurred under the spell cast by profit. The resistance is not innocent: conceding emotions in species may impair both ethics and industry. Peter Wohlleben reveals the roots of the tutored scepticism of the European meat industry towards the principle of anthropomorphism in The Inner Life of Animals: “When you think how sensitive pigs are, how they teach their young and help them deliver their own children later in life, how they... pass the mirror test, the thought of the annual slaughter of 250 million of these animals across the European Union alone is chilling.” The pharmaceutical industry has proven to be equally insensitive to the emotional trauma and the consequent mental disintegration of animals subjected to laboratory experiments. Indeed, Librium’s effectiveness as a tranquillizer was established only after it passed the ‘Cat Test’: felines, having been drugged with Librium, were held by the scruff of their necks so that elated scientists could claim — correctly as it turned out — that the wonder drug had transformed (manipulated) cats into affectionate, sociable beings. The modern pharmaceutical industry for animals — pets in this instance — is estimated to be worth billions.

What makes the resolve to deny madness in animals particularly ironic is the fact that the evolution of the discourse on derangement in humans — the ‘archaeology of madness’ in Michel Foucault’s words — shares indisputable links with deviance in animals. “The day would come when from an evolutionary perspective,” writes Foucault in Madness and Civilization, “this presence of animality in madness would be considered as the sign — indeed, as the very essence — of disease.” Again, in a now dated but relevant paper presented to the Canadian Psychiatric Association Journal, H.F. Ellenberger pointed out that one of the three members appointed to a committee to set up a model zoo in post-revolutionary France by the Natural History Society was Philippe Pinel, the man who had done away with the practice of chaining the insane by way of reforming the notorious Bicêtre asylum. The asylum and the zoo have converged in other, telling ways. As an institution, the zoo had the potential of revolutionizing human understanding of psycho-pathologies in animals. After all, studies by Ellenberger and other psychiatrists — Heini Hediger and Paul-Claude Racamier were among the pioneers — had found certain manifestations of derangement to be common between the occupants of the zoo and the asylum. But the zoo failed as a site of education for the masses, turning instead into an arena of entertainment for people who often treated those inside the cages savagely. (“Unchained animality,” Foucault noted, “could be mastered only by discipline and brutalizing.”) The corruption of its foundational idea made the zoo resemble the sanatorium that had, till the eighteenth century, remained an open institution, encouraging the perverse spectacle of the sane delighting in the humiliation of the insane.

Braitman writes that it was left to that man, Charles Darwin, to make amends. Darwin’s On the Expression of the Emotions in Man and Animals, which was published in 1872, forced the world to confront the wonder — and terror — of surly chimpanzees, astonished Paraguayan simians, amorous — and avenging — canines. Interestingly, Darwin, Braitman reveals, was following in the footsteps of William Lauder Lindsay, a physician who had once worked as a medical officer in the Murray’s Royal Institution for the Insane in Perth, who believed that animals, like human beings, could lose their minds (Mind in Disease, 1880). But it took another 96 years before Donald Griffin, a zoologist, drove the final nail in the coffin of anti-anthropomorphism by citing evidence of consciousness in animals in the groundbreaking book, Animal Awareness. The momentum that had been generated by Griffin and others seems to have culminated in the delightful but also despairing anecdotes that are to be found in the books by Braitman and Wohlleben. They examine, combining empathy and enquiry, not just adulterous magpies, erudite pigs and dreaming hedgehogs but also a manic pachyderm and an anxious, suicidal dog. Law is responding too, occasionally: the Australian Capital Territory is considering legally recognizing sentience — and by extension madness? — in animals.

The glimpses offered by modern research into the minds of animals can, however, challenge established scientific doctrines. The altruism of vampire bats — Wohlleben writes that “successful bats regurgitate part of their meal of blood for their less fortunate cave-mates” — seemingly upends Darwin’s conception that only the fittest — implying the meanest — creatures survive. The acknowledgement of madness in animals could portend an intellectual upheaval. Is this why humans find the prospect of madness in species a bit maddening?