When BJP fights for press freedom it’s for TRPs 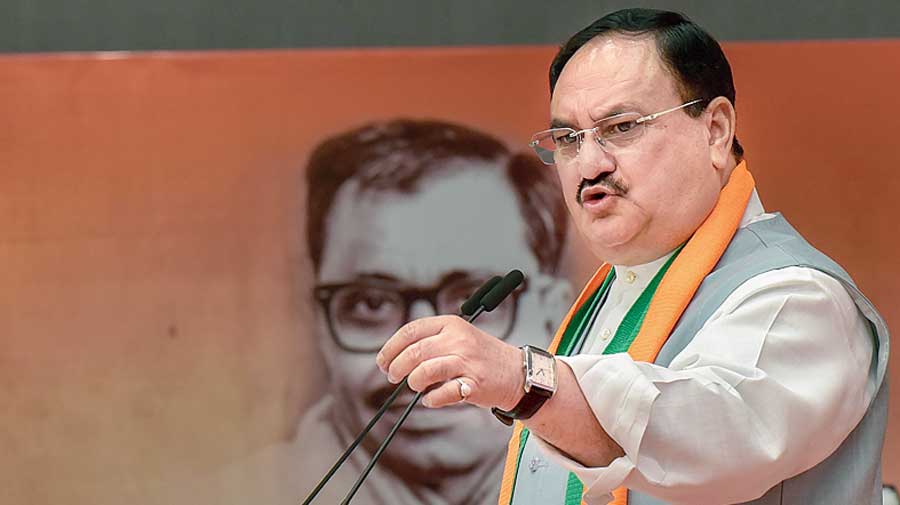 The Bharatiya Janata Party has been known for unabashedly pushing to the forefront its contentious ideological agendas. The move has paid off, and the party now lords over the country. But this approach, to bare everything, could be dangerous in politics. In the scandal involving fake television rating points that was unearthed by the Mumbai police, the BJP has made it very obvious that it stands with Republic TV. The channel has been accused of securing fake TRPs. Ratings fetch revenues and also reflect the success of a channel. The ruling party does not seem to care about the gravity of the charge against the news channel. While Republic TV has been known for pushing the saffron party’s agenda, the BJP’s blatant defence of the channel has bared their association. “[The Congress’s] assaults on @republic and trampling over media freedom will never be tolerated by the people of India”: this was tweeted by none other than the president of the BJP, JP Nadda. The latter attacked the Congress since the party is part of the ruling alliance in Maharashtra. Many other BJP leaders jumped to defend Republic TV, invoking the freedom of the press. This move by the saffron party, however, has angered most news channels, who have suffered on account of Republic TV’s alleged TRP manipulation. The step taken by the BJP, many in the party fear, could prove to be damaging.

Jitendra Singh, the All India Congress Committee general secretary given charge of poll-bound Assam on September 11, is yet to visit the state, but he has either met or heard almost all senior leaders — picking their brains before his much-awaited visit to the state sometime this month. While the state top brass met him in Delhi, he reportedly connected with the other leaders through video conference. Last Saturday’s four-hour marathon video meet with the Assam Pradesh Congress Committee leaders saw Singh seek their views on organizational as well as political issues which can be flagged to connect with the voters.

Singh will be needing all the guile and luck if he has to deliver Assam to the Congress. Party insiders say they are in with a strong chance if Singh can get the top echelons to rein in their ‘misplaced’ ambitions and set the campaign pace by identifying the right issues with time-bound solutions, for the ruling BJP is still on a strong wicket despite the anti-BJP wave ‘created’ in TV studios. That the Congress and other anti-BJP parties are calling for a united fight reflects how strong the BJP is, said party insiders.

“We hope Singh will activate his old links in the state from his Youth Congress days to know who will be the party’s assets and liabilities in the polls, [and] if required meeting seasoned party hands who may offer selfless advice for the right people to lead the fight and the right parties to ally [with] and why. It will be a challenge,” said a PCC general secretary.

Candidate selection has always been a troublesome exercise for political parties, and dissenting voices are normal. Allegations of tickets being distributed on extraneous considerations and not winnability have surfaced in Bihar this time as well, and the Congress appears to be the worst affected of all the parties. While some aspiring candidates have reportedly resigned in protest and many have vowed to work for the defeat of the official nominees, what surprised the Congress high command this time is the gross violation of laid-down procedures. Many candidates were secretly given party symbols to file nomination papers much before the list was formally announced. This was done to ensure that rebellion by other aspirants and information of wrong-doing and selling of tickets reaching the central leadership fail to change the candidates.

While many leaders of Bihar were extremely upset, the former state president, Anil Sharma, tweeted about the manner in which some leaders conspired to harm the party’s interests to give precedence to favourites. That no candidate from the Muslim community was picked up in the first list also caused resentment. One young leader said, “Rahul Gandhi said he wanted to fight dynastic culture in the party. Sadanand Singh contested 12 elections from Bhagalpur and now his son who worked in Jharkhand’s Jamshedpur will contest. What are other party workers supposed to do, rally behind his son? Is that the correct way to build the organization? The party has become a conglomerate of small fiefdoms and the ordinary workers are fooled by lip service. No good man should ever enter politics now because only two factors matter — moneybag and family control.”

One of the oldest regional parties in the Northeast, the Mizoram People’s Conference, quietly passed into history on Tuesday, merging with the People’s Representation for Identity and Status of Mizoram to give birth to a new political party — the People’s Conference Party. Lalhmangaiha Sailo and Vanlalruata, the presidents of the now disbanded MPC and PRISM respectively, will lead the PCP. Starting as an anti-corruption watchdog, PRISM registered as a political party in 2018. One does not know how the newly-floated PCP will fare but the MPC had an eventful run — a chequered history by all accounts. Formed by the former chief minister, T Sailo, in 1975, the party ruled Mizoram twice when it was a Union territory, first for six months in 1978 and then again from 1979 for a full five year term. It lost power in 1984 to the Congress but remained the main Opposition. Its stocks slipped from the late 1990s, winning 12, three, two and one seat in the 1998, 2003, 2008 and 2013 state polls respectively. Sailo was the lone winner in 2013. The MPC was part of the seven-party Zoram People’s Movement alliance in the 2018 polls won by the ruling Mizo National Front. The MPC withdrew from the ZPM in 2019.

The Karnataka chief minister, BS Yediyurappa, is busy making friends in the Janata Dal (Secular) in what could become the card up his sleeve if the BJP firms up on a leadership change in the near future. The septuagenarian leader is not someone who will go without kicking up a storm. And if he can convince the JD(S) top man, HD Deve Gowda, to lend support with his 34 MLAs, BJP bosses will certainly be wary of the designs of the numero uno Lingayat leader.