What Greta Thunberg's nomination for the Nobel Prize really means 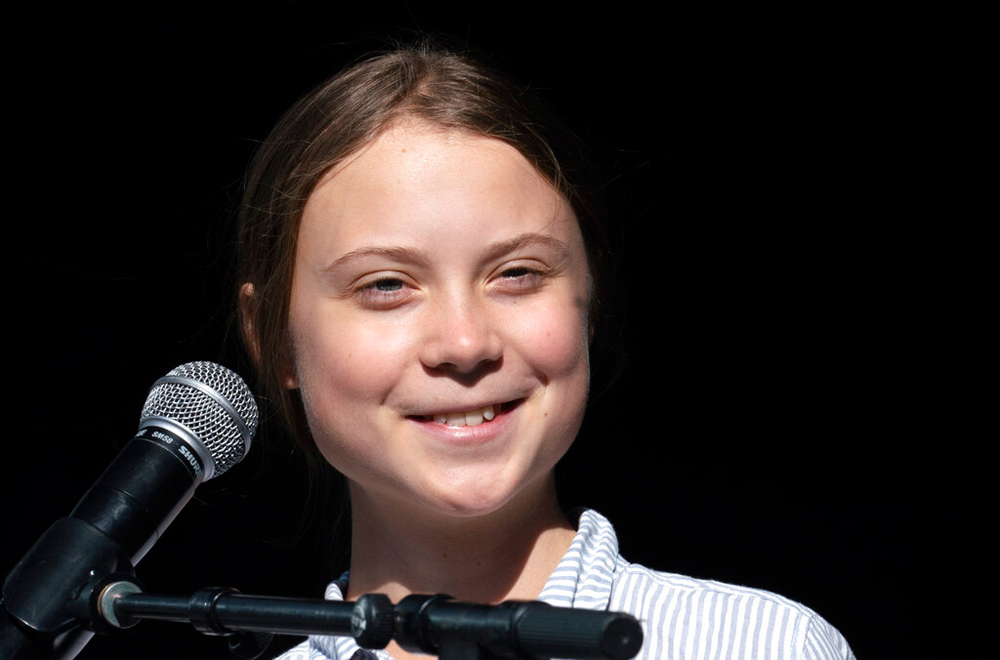 Sir — Greta Thunberg had been tipped to win the Nobel Peace Prize. As much as I appreciate Thunberg’s efforts and laud her courage, I am forced to borrow her words in this scenario: “This is all wrong. [She] shouldn’t be up [there].” Nominating her for the award signifies that adults are shirking their own responsibility and burdening young Thunberg and her generation with a mess of the former’s creation. Moreover, a prize is given for an achievement. Climate change is far from being tackled; quite the contrary. An award could lull people into a counterproductive complacency.

Sir — The frequent rate cuts by the Reserve Bank of India have seriously affected senior citizens, many of whom depend primarily on the income from their fixed deposits in nationalized banks for sustenance. Whenever a rate cut is imposed by the RBI, it affects the interest rates of fixed deposits, which have come down to as little as 6.5 per cent in some cases. The additional interest rate provided to senior citizens has also nearly halved.

The repo rate has come down to its lowest level in almost a decade. Each rate cut has cost senior citizens dearly. It is high time the Central government, the RBI and the nationalized banks took remedial steps to protect the interest of senior citizens.

Sir — While former government employees cheer the news of the hike in dearness allowance, there are thousands of other senior citizens who, having worked in the private sector, are not entitled to such luxuries and are passing their days in distress. Add to that the drop in the interest rates owing to the rate cuts by the RBI, and the financial situation of many senior citizens becomes quite precarious.

At the time of the general elections, political leaders of all colours try to appease senior citizens as a vote bank. However, no one thinks about them once in power, whether in the state or at the Centre. If the government can spend crores of rupees on space research, why can they not consider the plight of senior citizens and start suitable monetary schemes for them? A large section of India’s population is made up of senior citizens; they deserve the same benefits as their peers who were government employees.

Sir — At a time when senior citizens are facing unprecedented financial crisis owing to the decisions of the RBI and the government, the president, Ram Nath Kovind, rightly pointed out that elderly citizens symbolize our legacy. Speaking at an event marking the International Day of Older Persons, Kovind said that only by respecting senior citizens can the younger generation and the nation progress. The president’s words provide a valuable lesson. Whatever we are today is because of the love, care, sacrifices of our elders. It is therefore our duty to see that they are cared for.

It is unfortunate that nowadays many old people find themselves in old age homes owing to the nuclear family system and lack of time among youngsters who are busy chasing greener pastures. Let the old Indian tradition of respecting the elderly not die out.

If we do not act to save the hilsa at the earliest, the tasty delicacy, without which Bengal would be incomplete, will vanish from our plates within a few years
The Telegraph

Sir — It is difficult to find a Bengali who does not like ilish. Ilish-lovers eagerly wait for the monsoon to savour the taste of freshly caught fish. But unfortunately, the population of ilish has declined considerably over the years. Experts say that over-fishing in the Bay of Bengal is one of the main reasons for this grim scenario. Authorities concerned should thus take strict action like banning hilsa fishing during the breeding period and establishing sanctuaries for this fish. Bangladesh has successfully checked its declining hilsa population by taking similar steps. One hopes India would do something to save the ilish at the earliest. Otherwise the tasty delicacies without which Bengal would be incomplete will vanish from our plates within a few years.