Editorial: What a mess 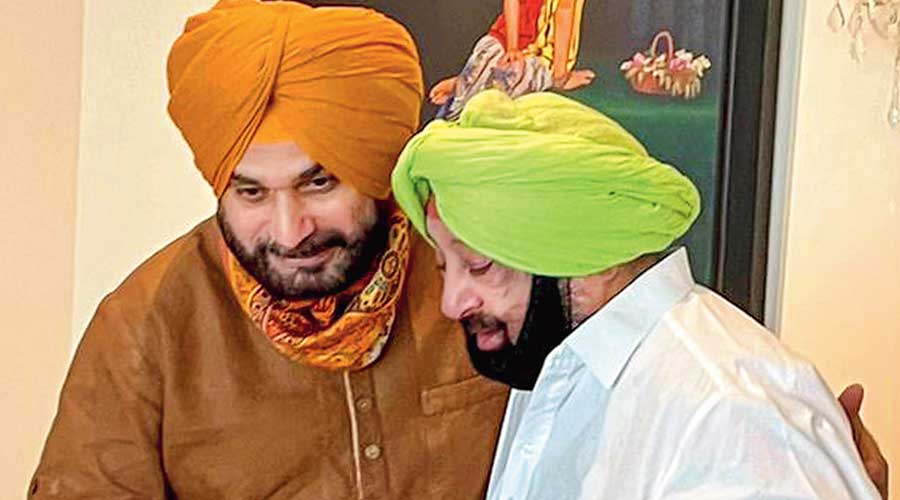 Crisis and the Congress have become synonymous in India’s political dictionary. The state of affairs in Punjab is a case in point. The high command’s decision to replace the former chief minister, Amarinder Singh, with Charanjit Singh Channi, with Navjot Singh Sidhu as the state chief, was initially seen as a politically prudent move. Mr Singh’s alleged unpopularity, the Congress hoped, would be compensated by the appointment of a Dalit chief minister in a state that has a sizeable presence of the community. But then a script seldom unfolds in a predictable manner in the Congress. Mr Sidhu, peeved at being elbowed out of the chief ministerial race, quit as party president; Mr Singh — he met the Union home minister, Amit Shah, recently — has announced that he will quit the Congress. This could only mean that the party should be prepared for a blowback from his supporters in the elections. The end result is that the Congress has managed to queer what appeared to be a smooth electoral pitch. That is not all. Pressing questions have been raised by the dissenting group — the G23 — pertaining to the political wisdom and style of functioning of Rahul Gandhi. Mr Sidhu, incidentally, enjoyed the high command’s patronage.

The reasons for the crisis are not far to seek. Opportunism, rather than ideology, appears to be the principal incentive for a section of the Congress leadership. This hankering for power is comical given the Congress’s waning political imprint. The party is yet to have a full-time president; desertion is rampant — a prominent Congress leader from Goa has jumped ship; factionalism festers in the handful of states — Chhattisgarh and Rajasthan — where the party is in power. What is intriguing is that even though the party is in a shambles, organizationally as well as politically, the values that the Congress is meant to embody have acquired a renewed urgency. Its ideology continues to draw fresh, young faces: Kanhaiya Kumar and Jignesh Mevani have built bridges with the party simply because they share the Congress’s commitment to constitutional democracy and pluralism. Yet, the shadow deepens between the idea and its practice as far as the Congress is concerned. The future of India’s democracy would depend on the Congress’s ability to rejuvenate the party and renew its pledge to the founding vision of the republic.