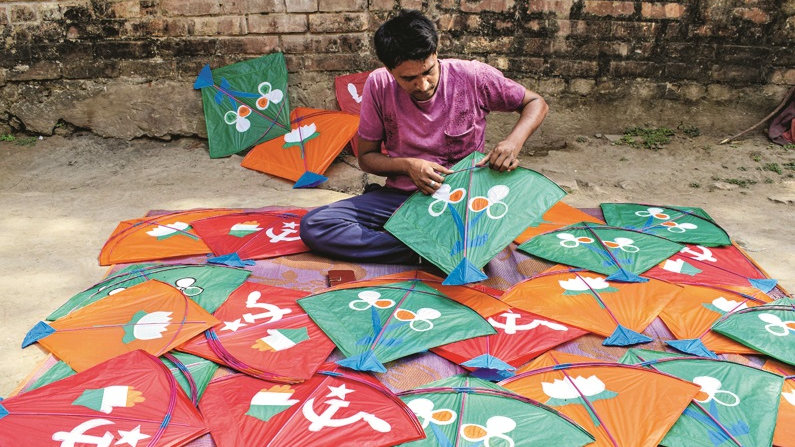 The British film director, David Lean, liked to repeat a vaudeville entertainer’s precept he had internalized in his youth: never pop out of the same hole twice. While this might be sound advice for clowns, jugglers, magicians and cabaret performers, it is not a rule that history has ever felt obliged to follow. Or, perhaps, we should say there are only so many holes available to history, from which it tends to cannon up a limited variation of projectiles. The trick history has, though, is in the infinite new combinations of what it launches at us at any given moment.

On the one hand, we could be forgiven for thinking we’ve seen it all before. Murderous despots, Arturo Ui-types with funny facial hair, who develop a sinister hold over large populations? Yes, seen those. Cunningly effective megalomaniacs feeding off the weak, corrupt politicians ranged against them? Yup, seen that too. The rise of a cancerous ideology which inexorably eats into the body of a society? Yes, tick. All this at a time of economic disaster, leading to further devastation? Nothing new, seen that. All of the above combined with a relentlessly deadly global pandemic? Hmm, wait, perhaps not that often, but there must surely have been some broadly comparable moment, one will just have to look.

On the other hand, observing history is sometimes like watching an entirely predictable train crash unfold in slow motion. Going through my previous writings for this page, I just came across a column looking at the deep cultural failures and cop-outs of the Left Front that had been ruling West Bengal for 28 years at that point. Written in November 2005, a paragraph goes: “As a result, Bengal is not gurgling beatifically in the lap of some great secular and progressive era as the Comrades would have us believe, it is a simmering pressure-chamber in which the forces of the religious right and forces of the most ruthless of capitalisms are waiting to pick on the carcass of the CPI(M)’s legacy. What will follow once this Baam-Phront goes will likely be horrible and devastating.”

Another passage, this time from the election diary carried in this paper almost exactly 10 years ago, relaying a conversation with one of Bengal’s most perceptive political scientists: “Whether CPM comes back or, most likely, TMC takes over, the power management, the favour management, the bribery management, will all have to be different... Think not of the formations we see today: one street-fighting party, the CPM, ceding power to another one, the TMC — the only one who could challenge it, precisely because it’s a spawn of the ‘politics’ perfected by the Left Front over three decades. Think instead of what happens two years hence, when the two different gangs of thieves start falling out internally. The Red gang because they’ve lost power and are under huge tectonic pressure, the Green gang because their ineptitude and venality in power is by now utterly exposed, the cracks inherent in their foundation now widening. Think also of the Congress sharks and BJP hyenas circling, smelling blood... Think of what kind of shopping mall Shonar Bangla will have become by then.”

The “two years hence” was off by a few years but not too many. The ‘Red gang’ imploded quicker than anyone predicted, helped along by the TMC’s programme of what one can now call ‘CPM-mukta Bangla’. All the beseeching from observers that the TMC should water democracy and not do to the Left what the Left had done to all opposition in the state fell on ears deafened by vengeful blood. By 2014, those busy looking only at Bengal were ambushed by what history threw up from other holes; the venality and ineptitude of West Bengal’s new rulers was exposed early enough, but it was dwarfed by the towering venality and ideology-driven incompetence of the newly installed RSS-BJP regime in Delhi. In fact, rapidly, every mistake and misdemeanour at the state level was magnified monumentally by the rulers at the Centre. If a man was hounded by the police in Calcutta for a cartoon of the chief minister, the bigger mob just bought over most of the country’s media and targeted their media critics in job-lots. If the unofficial hafta level was increased in Bengal, the bigger guys just put in the opaque electoral bonds and tweaked the whole banking system and income-tax mechanisms. If the space for dissent was squeezed at the village and district levels by the local regime, the national regime just sent in the re-programmed investigative agencies to arrest dissenting activists across the country.

Of course, the Trinamul Congress has managed to do some positive things in this state over 10 years, but it has done them under the twin shadows of its own default mode of anti-democratic belligerence and the monstrous nationwide hegemonic project unleashed by the RSS-BJP. As a result we find ourselves in a thicket of thorny questions: is ‘Subaltern Hindutva’ a real thing? If so, will Subaltern Mamatatva be able to fight it off? What particular hell would a hung assembly unleash upon the state? What would a Mamata in Opposition do, especially if she felt the election had been stolen from her? What revenge would Amit Shah extract from a Bengal that had refused to succumb to his charms?

These and many other questions aside, anyone in Bengal who believes in the founding principles of the Republic, anyone who still retains faith in genuine secularism, social justice, environmental common sense and the rule of law now finds themselves hoping that the TMC staves off the massive, multi-spectrum assault from the sangh parivar. A perhaps far-fetched secondary hope is that if Mamata Banerjee does manage to retain power, she and her party will have learnt some lessons and will do things radically differently from the playbook of the people they are fighting against.

As for the other possibility, here is a foolhardy prediction: if the RSS-BJP do manage to capture West Bengal in these elections, they will come to regret it bitterly, and not too far in the future. History will continue to flummox us with the mix of the familiar and the unforeseen, but this is the one state in the Union which has the ability to turn into a black hole, with a gravitational pull strong enough to suck power away all the way from Delhi.