Test cricket is an education 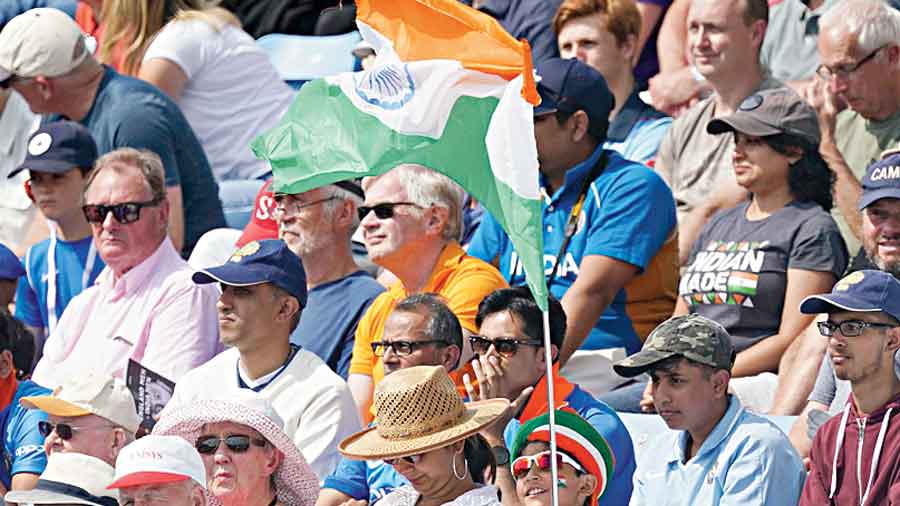 Writing this on the morning after India batted out the day at Headingley to finish at 215 for two, still 139 runs behind, it’s apparent that the power of Test cricket vests in the weird fact that you don’t just watch a match, you live inside it. A Test isn’t a house, more a shamiana or a pandal rigged up for five days. You eat your way through the contest: fifteen meals (if you don’t count teas) lived in hope or gathering desolation. These meals are communally eaten — even the ones you eat alone — because you call up friends to rage about Kohli or despair about Pujara or exclaim about the historic duplicity of the angrez. You vent in all caps messages on WhatsApp groups given over to cricketing conversation.

There are more temperate ways of watching cricket, driven by non-partisan appreciation, but even Spockian spectators go to sleep marvelling at Root’s backfoot play and wake to the prospect of more of it. It’s the anticipation that’s addictive; in normal life, you have to work to create a sense of purpose, but a Test match does that for you as one day barrels into the next driven by the momentum of the match. There’s a certain pathos, of course, to middle-aged men, accustomed to their days bleeding one into the other, using cricket to hurry up their lives but as addictions go this has to be one of the more harmless ones.

Test cricket is an education; as a child, I was taught time zones by the BBC. The dislocation involved in pretending that the day began at 3.30 in the afternoon, drove home the significance of the prime meridian at Greenwich and the temporal implications of living on a round planet in a way that no physical geography textbook could have done. As a child, I accepted the fact that English lunch times coincided with evening tea without demur; it was just one more proof of the essential arbitrariness of the grown-up world.

The deranging thing about following foreign matches is the difficulty in making the two days you’re living in align. The time zone challenge is straightforward. Total immersion in a match happening, say, in Australia, shakes up the rhythms of the day. The great thing about Australian tours was that if I had late morning class, I could follow pretty much all three sessions by the time I had to leave for the lecture. The alarm went off at 5.20 in the morning and because it was always winter and I was always in Delhi so it was always cold, I’d rise wearing my bedclothes. Swaddled in my blankets, I’d shuffle off to the drawing room where the Philips radio used to be. There, after some mooing and whistling on the shortwaves, a thin, clear thread of sound, courtesy the Australian Broadcasting Corporation, would join me to the match.

The source of this thread of sound was one Alan McGilvray and, at other times, a man called Lindsay Hassett. I didn’t know who they were, but I was grateful that they talked all morning to bring the match to me. I didn’t always understand what they were saying because reception fluctuated and, to my provincial ear, all their words were shaped by a single vowel, a flat, nasal ‘a’ sound, so it was sometimes hard to tell them apart. Later, of course, there was television and the magical professionalism of Channel 9 and Richie Benaud, but either way, after six hours of cricket, the rest of the day, my real day, unwound like a prolonged anti-climax, made bearable only by the prospect of another day’s cricket at the crack of dawn.

Hard as it was to live in two time-zones, home matches created the more acute reality problem. My one mystical experience was brought on by that match in Calcutta in 2001. It was a teaching day, and as I drove to university, Laxman was trying to shore up that first innings collapse. I was carrying a larger backpack than usual because I had to fit in a chunky transistor radio along with my usual teaching materials. I went straight into class for a fifty-minute lecture. At the end of it, I locked myself in the department’s small makeshift tea-room, and caught up with the match on the radio. Laxman was out for 59 and India had been made to follow-on.

In the way that desi fans have, I decided all was not lost, that Laxman’s fifty was a sign. Cricket for the largely non-playing Indian fan is a kind of cargo cult and you’re always looking for a saviour ship on the horizon. Laxman, I had decided, was my redemptive vessel. The trouble was, I had another class.

This was a class on Sufism in late medieval India. It was meant to be an account of a debate at the time about whether the mystical union between man and god was a union of their respective essences or ‘merely’ a unity of perception. My grasp of the metaphysics of this was shaky to start with and with India’s second innings about to begin, it was all I could do to get the names of the doctrines and their historical protagonists right. I managed to make my way to the end of the class without disgracing myself, but I did have an epiphany: I knew, for an extended moment, that this classroom, the university, Delhi in general, were insubstantial and illusory: that reality was unfolding elsewhere, specifically inside the Eden Gardens.

It’s too much to hope that Pujara and Kohli (or Rahane or Pant or Jadeja) will reprise Laxman-Dravid. It’s not a home Test, for one. For another, the middle order has been in wretched form. I’ve just read an essay on a cricketing website that makes the monstrous claim that the miserable recent batting averages of Kohli and Pujara tell us nothing about their form. That, apparently, must only be measured by a new metric, their ‘control’ percentages: that is, how often are batsmen in control of the balls they face and contrariwise, how many balls do they miss or edge. According to the author, there is nothing in Kohli and Pujara’s recent record that suggests a decline in ‘control’ and, therefore, no evidence of a decline in form.

He’s wrong, of course. Once you absolve batsmen of the responsibility for their failures, you forsake the most refined pleasure that Test cricket has to offer, the post-mortem. Here praise and blame are assigned, professionalism assessed, impetuosity condemned and steadfastness praised. To suggest that Rohit Sharma’s failures aren’t down to fecklessness or Kohli’s low scores to arrogance, or Pujara’s to timorousness, is to split cricket from character. The no-blame duck is to cricket what the no-fault divorce was to marriage: the end of civilization as we know it.

On the other hand, the author of the piece, Kartikeya Date, does suggest that Kohli’s control figures indicate that he is due a big score soon. I don’t hold with prophecy, but this innings might be a good time for him to get one. It’s not impossible that new-fangled nerds know stuff that sedentary pedants don’t. Perhaps it isn’t too much to expect that Pujara and Kohli will get to lunch with their partnership intact. Does this match have another night’s sleep in it? A fifth day’s breakfast? There’s no other sport that you can ask those questions of. There’s only ever one answer, though: we shall find out.