Wealthy immigrants have a special responsibility 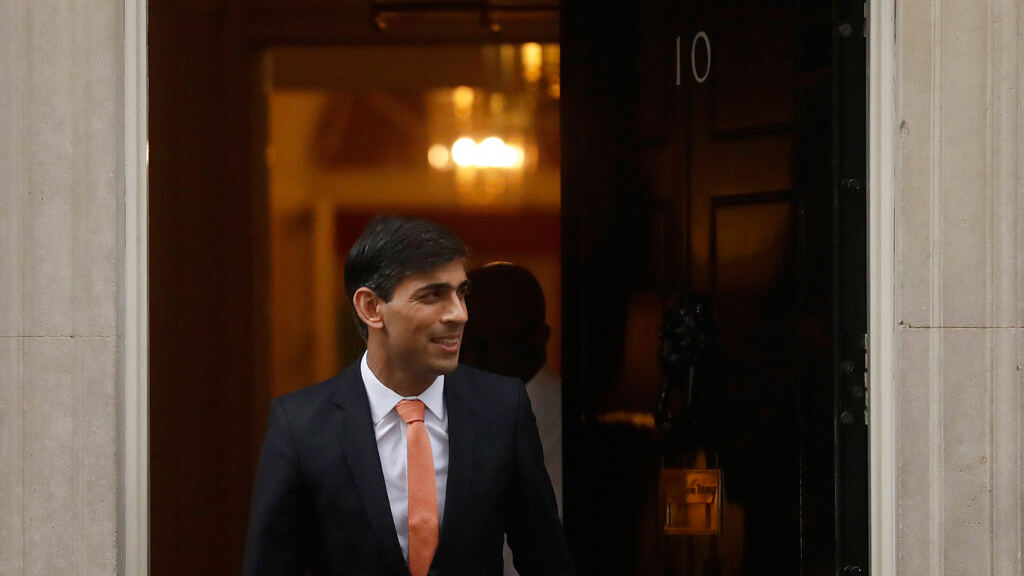 Offered West Bengal’s finance ministership, Tulsi Charan Goswami, the brilliant but mercurial Serampore zamindar, laughed that if he managed public money as he did his own, the state would soon be bankrupt. Such levity proclaims generations of idle riches. It is not expected from Rishi Sunak, Britain’s Chancellor of the Exchequer, who has become the richest member of the House of Commons, and whose wife is reportedly richer than Queen Elizabeth. But such wealthy migrants have a special responsibility in this age of migration.

That is not reflected in Sunak’s decision to lop about £4 billion off Britain’s £13.4 billion aid budget. A London commentator attributes the cut to political ambition. He says Sunak is wooing Conservative backbenchers who are notoriously impatient with overseas (read Afro-Asian) aid, and regard anything spent on alleviating poverty in these benighted lands as money down the drain. No doubt Sunak hopes they will overlook his dark skin and foreign origins and, remembering only that he went to the exclusive Winchester College and is immensely rich, both of which count rather more than his Oxford degree, rally round him one day to fight Boris Johnson for the party leadership. Sajid Javid was Britain’s first Asian Chancellor. Sadiq Khan is London’s first Asian mayor. If the calculation proves correct, the ethnic Punjabi Chancellor whom newspapers call “Dishy Rishi” and “Maharaja of the Dales” may be Britain’s first Asian prime minister.

The achievement would surpass that of Leo Varadkar across the Irish Sea. But one suspects that a specific pinnacle, however glittering, is subsumed in the greater satisfaction of acceptance, if not assimilation, which most immigrants crave. Imitation being the sincerest form of flattery and minorities being by definition insecure, aping or pandering to the majority is only to be expected in mixed societies. Alberto Fujimori, Peru’s ethnic Japanese president for the 1990-2000 decade, may not have subjected himself to eye or nose reshaping surgery but life abounds with the likes of Hari Kumar in Paul Scott’s The Jewel in the Crown, named to enable him to pass off in England — at least on the telephone — as Harry Coomer. It was saddening when another foreign employee in Singapore did not even realize that local colleagues mocked his attempts to enlist for National Service. But if fawning is undignified, so is the other extreme of hostility towards the host society that Indians in Britain, the United States of America and Singapore sometimes affect.

Britain’s Conservative party politics offers two other recent examples of immigrant insecurity. Commentators have not stopped ridiculing the Agra-born business, energy and industrial strategy minister, Alok Sharma, who went overboard to applaud Boris Johnson’s highly publicized approval of the anti-Covid-19 vaccine. More loyal than the king and forgetting that Britain is not Uttar Pradesh (or India), Sharma dutifully warbled that the moment would be remembered “as the day the [United Kingdom] led humanity’s charge against this disease”. Innumerable radio callers are still stressing that his fervour is overdone since the vaccine represents international collaboration.

Perhaps Britain and Uttar Pradesh (or India) are no longer so different after all. Another Sunak colleague, the controversial home secretary, Priti Patel, is accused of pandering to native racism by deporting more than a dozen black British residents to Jamaica. It may be recalled that she had to resign in November 2017 as Theresa May’s international development secretary because of her unauthorised meetings with Israeli politicians, including Benjamin Netanyahu. That defiance must have made Patel the darling of the right, the influential Jewish lobby, Donald Trump and of course of Johnson who already had his eye on the crown. Now, as probable second in his cabinet’s pecking order, she has won back more on the roundabout than was lost on the swings. Johnson forced his own ethics adviser, Sir Alex Allan, to quit by refusing to sack Patel despite a formal investigation convicting her of bullying civil servants. The crisis first erupted when the home office’s permanent secretary, Sir Philip Rutnam, resigned, accusing Patel of a “vicious and orchestrated briefing campaign” and of ignoring warnings not to “shout and swear at staff”.

What is emphatically not Uttar Pradesh (or India) is Singapore. Instances of political sycophancy or slavishness always remind me of the courage the late Lee Kuan Yew displayed in 1976 by rejecting Chinese Premier Hua Guo Feng’s gift of Neville Maxwell’s India’s China War which he felt was partisan. Leaving aside expectations from shared ethnicity, this was a grave rebuff by a tiny city-state to a formidable power, touchy about protocol and prestige. Ethnic Indian members of Singapore’s ruling People’s Action Party who had been clamouring in parliament for what they called “a more realistic reappraisal of relations with China” — meaning full diplomatic ties — would never have dared take such a step. They expected obsequiousness to endear them to the majority Chinese. Suppiah Dhanabalan, a Christian Tamil politician with an ethnic Chinese spouse who was once talked of as Singapore’s first Indian-origin prime minister, lost no opportunity to say that he shuddered at the thought of India’s roads and airports. While the Chinese were always up and about, doing something, Dhanabalan dismissed Indians in India as “always talking, quarrelling, modifying”.

Also a child of the diaspora, Sunak can’t be similarly contemptuous: his wife’s fortune comes from her father, N.R. Narayana Murthy, the Infosys founder, whose own worth Forbes estimates at £1.9 billion. Whereas the Queen is worth £350 million, the Sunday Times Rich List values Akshata Sunak’s shareholdings alone at £430 million. Sunak’s own grandparents moved from Punjab to East Africa and then to England. The Chancellor’s father was a general practitioner with the National Health Service, his mother, a pharmacist. “From working in my mum’s tiny chemist shop to my experience building large businesses,” Sunak says, “I have seen first-hand how politicians should support free enterprise and innovation to ensure our future prosperity”. Starting as a Goldman Sachs financier, he has built up a huge fortune. Sunak and Akshata own property worth more than £10 million in Britain and the US.

By reducing foreign aid from 0.7 per cent of GDP to 0.5 per cent, he has robbed Britain of the distinction of being one of the few countries in the world to follow the United Nations’ recommendation. But it’s not the money that matters most. What causes far greater concern is the suspicion that he yielded to backbenchers who were already demanding the cut. “In effect we are sponsoring an Indian moon launch” stormed David Davies, an amateur boxer nicknamed ‘The Tory Tornado’. Another Tory MP, Philip Davies, lamented Britain was “spending money in a country that has not only got its own space programme but is developing its own overseas aid programme”. India’s claims to be a net donor and rejection of specific offers of help suggest a self-sufficiency that seems odd in view of the importance New Delhi attaches to employment and residence in Britain and the US. No successful economy needs to export human talent.

The world has moved far since Tulsi Goswami’s ancestor, Raghuram, descendant of Advaita Acharya, a Chaitanya disciple and a leading Vaishnavite, offered to buy Serampore from colonial Denmark. The British raj refused permission. Globalization has become a household word since then. Logic indicates it will not be confined forever to goods and services. Manpower has already pushed a foot in the door. The tide is bound to swell. There may be few spectacularly successful Rishi Sunaks in it, but those few owe it to themselves and to the great mass of fellow immigrants to hold their own against the entrenched majority. It’s the only way of ensuring that migration does not destroy self-respect.