Waste Land: Editorial on waste management becoming an ordeal for the government 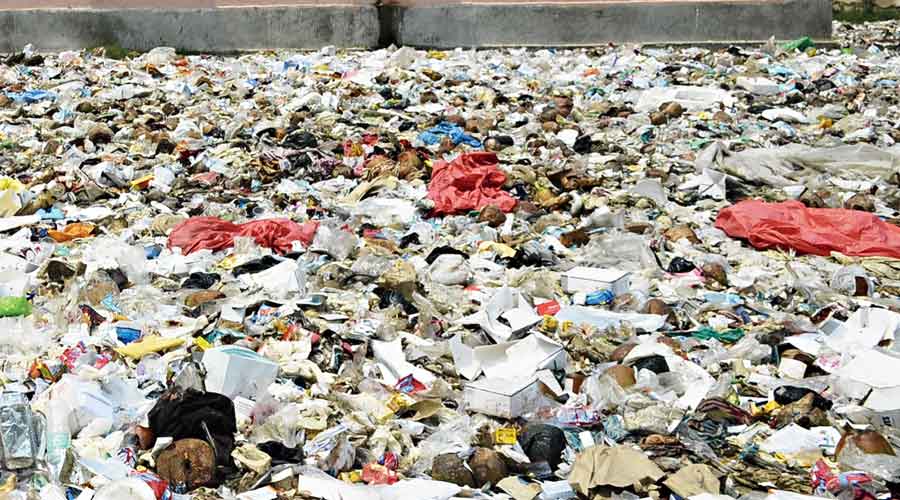 Effective management of waste is turning out to be a monumental challenge in India. Periodic assessments serve as a grim reminder of the enormity of the task as well as the associated hurdles in disposing of the estimated 62 million tonnes of waste generated by India annually. Recently, the National Green Tribunal pulled up the West Bengal government for non-compliance with environmental norms in the treatment of waste. Following the reprimand from the green panel, the state government has now released data on the condition of the waste disposal mechanism in Bengal’s. The statistics, expectedly, are quite sobering. According to the figures, Calcutta alone contributes to more than 20 per cent of the state’s 1,490 million litres of daily discharge, which ultimately ends up in the Hooghly river and the city’s canals. This leads to two serious challenges: the effluent discharged compounds the problem of river pollution, which, in turn, causes irreversible damage to aquatic life and human ecologies. The need to increase and modernise the city’s waste treatment facilities is an imperative. Data show that Calcutta’s five treatment plants and its diminishing wetlands — they function as a natural purifier — can together treat just 1,089 million litres of the 1,400 million litres of liquid waste generated by the city per day.

This is not to say that the problem of sewage pollution is specific only to Calcutta. In 2019, the NGT estimated that over 60 per cent of urban India’s sewage enters the waterways untreated. India’s deteriorating — dying? — rivers are bearing the consequences of this poisoning. Significantly, upgrading sewage treatment facilities will not be enough. Namami Gange — the Bharatiya Janata Party’s flagship mission to clean the Ganga — has shown that a disproportionate emphasis on revamping sewage facilities has overshadowed opportunities of improving the quality of the river water holistically. Thus, sewage treatment must be accompanied by other remedial measures. These may include mechanised segregation of waste, building more onsite treatment facilities, such as off-grid toilets and decentralised treatment plants, as well as increasing the number of monitoring stations. Moreover, effluents discharged into rivers is just one aspect of the challenge. Urban waste management — landfills are toxic wastelands that threaten public life — remains in its infancy in large parts of the country. Regular audits of waste management policies, stiffer penalties for violations of norms, and ensuring public commitment may have a mitigatory effect.