US elections will make history

If Trump’s election in 2016 was bad news for the world, his re-election would be even worse 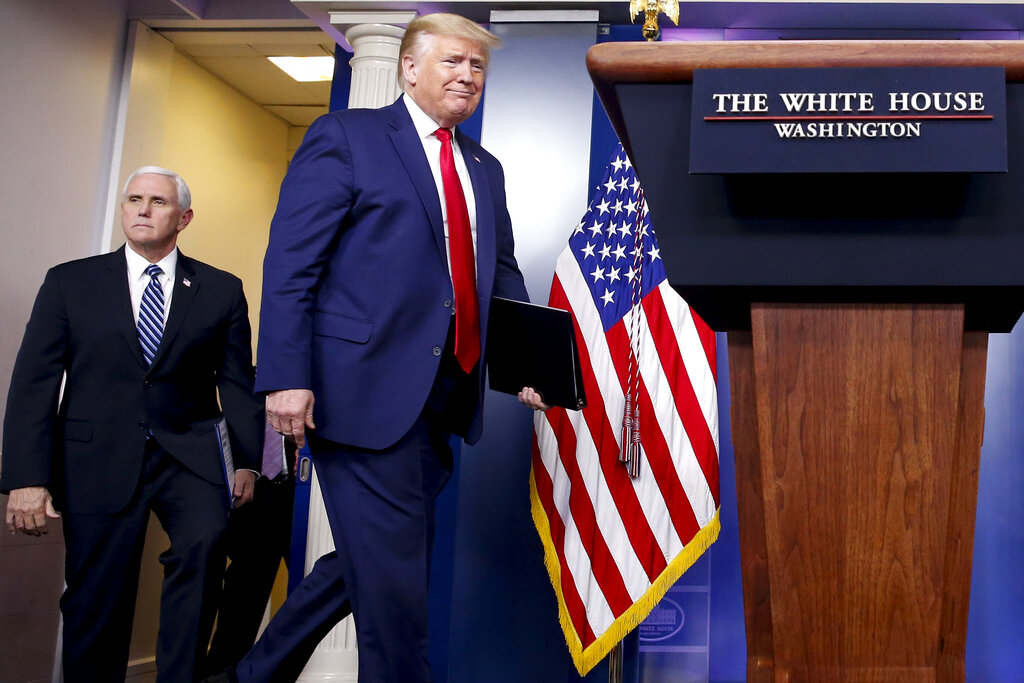 The British have held elections longer, the Indians vote in larger numbers, but the most important exercise of the democratic franchise occurs when the US presidential election takes place. This has perhaps been the case for more than a century now. Because the United States of America is the richest and most powerful country in the world, who leads it has consequences for all of humanity. Boris Johnson’s policies barely cause a ripple outside Europe. Narendra Modi’s policies do not really matter outside South Asia. But what the American president does or does not do can impact the entire universe. Had Al Gore won the 2000 presidential election instead of George W. Bush, there would almost certainly have been no Iraq war, and the world would now be a much safer place.

The 2020 US presidential elections would have been important to the globe anyway, and they have become even more so in the wake of Covid-19. Whether or not the first term of the president, Donald Trump, has been good for America is for Americans to say. But that it has been bad for the world there can be no question. His withdrawal from the Paris agreement makes the threat of climate change even more serious. His imposition of fresh sanctions on Iran has made the situation in the always fragile Middle East more volatile. The refugee crisis has increased as a result of Trump’s policies. His crude and often racist language with regard to people from Asia and Africa has led to much animosity and ill will that can do no good to America or the world.

The world is now a less safe and more discontented place than it was in January 2017. To be sure, there are many factors that have contributed to this, but Trump and his policies are surely among them. Which is why so many people who are not themselves American citizens are so anxiously watching the run-up to the US presidential elections. For, if Donald Trump wins again, the chances of making the world a safer and more contented place are far less promising than if he were to be defeated.

In February, I was in the US, and caught some of the debates among the Democratic contenders. At that stage, Senator Bernie Sanders of Vermont was the front-runner. My American friends (who detest Trump, almost without exception) were divided on this; some thought that, with his appeal among the white working-class and the young, only Sanders could inspire Democratic voters to turn out in sufficient numbers to defeat the incumbent. Others believed that his being an unrepentant Leftist would cripple Sanders, perhaps fatally.

By the time I flew out of New York in early March, Joe Biden was catching up with Bernie Sanders. He was soon to outstrip him in the delegate count, and has now sealed the Democratic nomination. Some of my friends think that Biden’s decency and solidity will win back a section of white voters, while his association with the former president, Barack Obama, might encourage African-Americans to come out in larger numbers. Others believe that Biden’s age and lack of energy, and his son’s dealings in Ukraine, shall prove detrimental to the Democrats’ hope of unseating Trump.

The emergence of Covid-19 and its spread in the US have raised fresh questions still. Donald Trump’s first response was of bluster and denial; he dismissed the threats posed by the virus, and claimed (falsely) that his government had taken adequate preventive measures. When the number of cases reported dramatically increased, Trump belatedly swung into action. He got Congress to pass a Covid-19 relief package that facilitated free testing as well as paid emergency leave, and began to hold regular meetings with stakeholders. At the same time, he brought racist rhetoric into the discourse, by referring to this as the ‘Chinese virus’.

Possibly owing to pressure from his advisers, Trump dropped the demonization of the Chinese. But now he has identified a fresh scapegoat — the World Health Organization. He claims that WHO underestimated the rapidity with which the virus had spread, and that is the reason the US did not act promptly in this regard. This is a bit rich, for two reasons. First, Trump has always shown contempt for multilateral organizations like WHO; he has cut funding from the American government for them, and disparaged their advice in the past. Second, in late January itself, Trump’s own trade adviser, Peter Navarro, had warned that the coronavirus crisis would devastate the US economy and lead to many deaths. Navarro said that since there was no existing vaccine to combat the virus, “[t]his lack of protection elevates the risk of the coronavirus evolving into a full-blown pandemic, imperiling the lives of millions of Americans”. The New York Times, commenting on Navarro’s memo, observed: “Dated Jan. 29, it came during a period when Mr. Trump was playing down the risks to the United States, and he would later go on to say that no one could have predicted such a devastating outcome.”

At this stage, it is difficult to say whether Covid-19 has hindered or helped Donald Trump’s chances of re-election. On the one hand, his unstable personality is clearly a liability for the job, as is his manifest contempt for expert knowledge. One would think that the crisis would swing some, perhaps many, voters towards the safer and steadier Biden. On the other hand, by painting the virus as a foreign threat brought to American shores by a dangerous enemy, Trump is invoking the same xenophobic sentiments that first helped his election in 2016. He is, in a manner of speaking, following the same sort of jingoistic playbook that our own prime minister did to win a second term in 2019. There is also the view that, in a major national crisis, citizens rally around whoever is in charge, whether it be Boris Johnson in the United Kingdom or Narendra Modi in India or Donald Trump in the US.

If Trump’s election in 2016 was bad news for the world, his re-election would be even worse. The challenge to humanity posed by climate change might become even more threatening. The civil wars in the Middle East might further intensify. Relations between America and China might further deteriorate. So might relations between America and Europe. Multilateral organizations such as WHO and the United Nations High Commissioner for Refugees will find themselves further undermined.

The emergence of Covid-19 has, in fact, increased even more the stake that the world outside America has in the Democratic nominee winning the election. For

the economic, social and psychological costs of this virus will be enormous, comparable perhaps only to the two World Wars. When Covid-19 has finally been tamed or has run its course, it will take an extraordinary amount of energy, intelligence, and empathy to put the world back on track. In this effort we will, more than ever before, need major nations

to work collaboratively — to make any new vaccine available to all regardless of affordability, to restore normal routes of trade and communication, to restore trust in the financial system. If Donald Trump were to be re-elected president of the most powerful country on earth, his wayward ways are unlikely to facilitate the constructive co-operation between nations that the world now desperately needs.

As a rule, every American presidential election is the most important democratic exercise in the world. For, while only US citizens can vote, its outcome can determine the fate and future of millions of humans who are not themselves American. In this regard, the presidential election of 2020 may be even more important than all those that have preceded it.