This summer, an attempt to take over the Southall Town Hall and convert it into a temple was disallowed by Britain’s highest court 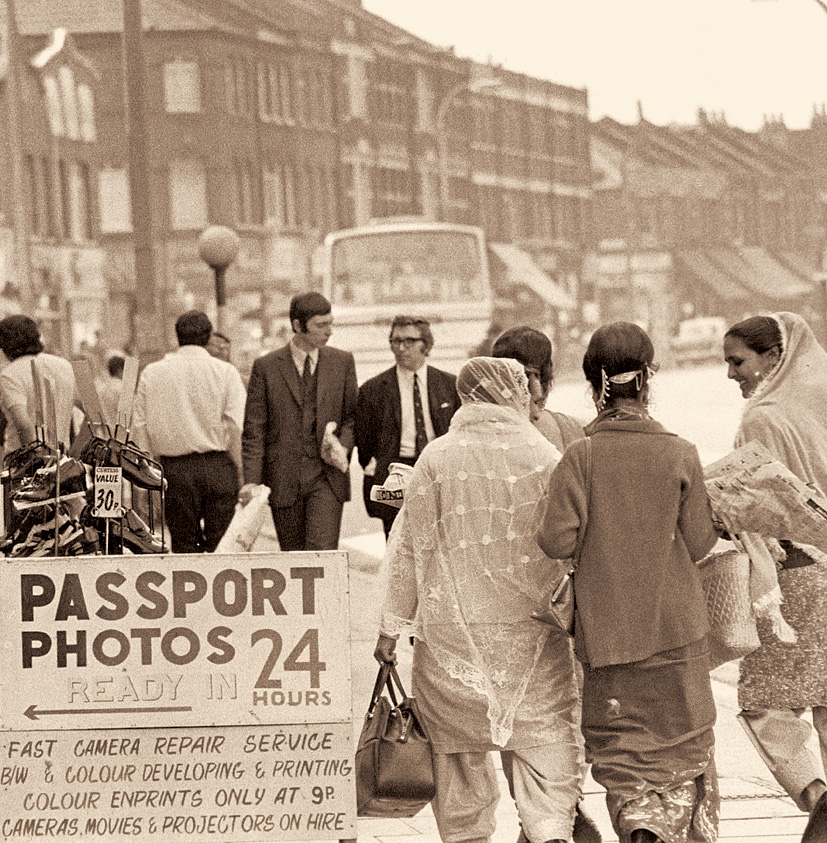 The smallest geographies can often conjure large, often lingering, patterns of politics. A crossroads in Sarajevo. A beer hall in Munich. A palace called Winter. A harbour called Pearl. A line called Radcliffe. A prison house called Robben Island. An absent wall abutting Mexico. A somnolent township on the banks of the Sarayu. Or, on recent witness, a tiny pocket of south-west London called Southall. It used to be a precinct of émigré Indians; in a few ways it still is, though in many ways it no longer is. Southall is a swiftly changing plot, those changes being currently speeded by an ambitious cross-rail project that will drastically shrink the distance between London’s western and eastern suburbs and bring the centre of town cheek by jowl with its stretched-out peripheries. Southall is a small geography rippling with the patterns of a politics far away and at once uncomfortably close.

This summer, an attempt to take over the Southall Town Hall, one of the few remaining public buildings in the neighbourhood, and convert it into a temple was disallowed by Britain’s highest court on procedural grounds. An outfit called the Vishwa Hindu Kendra — it defines itself, like many such proliferating all across, as a charity — had bid for the Town Hall with the avowed intent of converting a secular public institution into a mandir. The bid did not pass legal muster.

But that has not stopped their bluster for another temple in Southall. Three exist, a fourth is being frenetically sought in the name of ‘Hindu rights’ and in the face of legal injunction and community interest and appeal. The VHK, verily the Southall chapter of the sangh parivar, probably feels encouraged and nudged by what apparatchiks of its parent umbrella have proactively resumed pushing for in Ayodhya — a ‘Ram temple’ any which way, even if that means hurrying and hustling the Supreme Court, even if that means upturning a Supreme Court order should that be unfavourable to their ends, and calling the ‘Ram temple’ project a matter of faith, a matter far above any court or mortal set to pronounce upon. What happened in December 1992? A Bharatiya Janata Party government in Uttar Pradesh furnished guarantee upon guarantee before the Supreme Court that nothing will happen to the Babri Masjid, notwithstanding the gathered siege of frenzied kar sevaks. Shortly thereupon, the top ranks of the BJP’s leadership stood and gleefully applauded as their summoned horde tore apart the structure. Two hoots to the law and three to any guarantees of lawful behaviour we may have given. Might is right. Majority is authority.

Well, in Southall, there is neither might nor majority for the VHK, no matter what it may claim in the name of ‘Hindu rights’. And yet, its will to push the law and bully the community it inhabits appear undiminished. The VHK’s unrelenting drive to somehow grab the Southall Town Hall and make a mandir of it led a little more than a week ago to a community meeting being called. Let’s settle the fuss, call out whoever might be interested in the issue, this way or that, let’s talk it out face to face. So, on the sleety evening of October 30, the Dominion Centre and Library on the Southall Green geared up for a two-hour powwow over whether the community should retain its historic Town Hall — this is where the National Front’s violent and racist assaults were fought off from in the late 1970s and early 1980s by the Southall citizenry — or whether the premises, officially designated a heritage building, be given over to the purposes of a VHK-run temple.

On the approach to the Dominion Centre in the company of a local friend, hooded against the spitting skies, I picked out policemen hovering about the entrance, and around them a bevy of placards. “Save Us Hindus”; “We want Hindu Temple!”; “Protect Hindu Rights”; “Don’t Divide the Community!”; “Speak up for Hindu Rights”. Such was the language those placards spoke. Their carriers, a dozen men and women, no more, were out to picket the meeting. They had been invited in by the organizers, but no, they were not participating, they did not want a dialogue, all they wanted was their temple in the Town Hall. “What’s going to happen inside is anti-Hindu,” one of them railed, “How would you expect us to participate?”

As it turned out, there were more Hindus inside the Dominion Centre that evening than demonstrating outside. In fact many more. Traders, lawyers, teachers, environment and anti-racism activists, householders, retired citizens who believed they had a stake and a say in what was transpiring around them. And there were more people than just Hindus, folks from varied origins and ethnicities — subcontinental and Somali Muslims, Sikhs from India and Afghanistan, Poles, Ukrainians, Latvians, a fair sprinkling of English people who have lived on in Southall disregarding its reputation as an immigrant neighbourhood. All of them bound by the common purpose of saving their singular Town Hall for the purposes of the community. Among the lead speakers of the evening was Suresh Grover, a civil rights and anti-racism activist, who has brought himself sharply in the crosshairs of outfits such as the VHK with his vociferous and unapologetic campaigns against sectarian bigotry. “All we want is to lawfully protect our Town Hall for the community and the public, all they want is to purloin it for the purposes of a single community,” Grover told the audience. “Make no mistake about it, there are larger designs behind what may seem a small fight to save the Town Hall. What is operating here is the same kind of majoritarian bullying and smash-and-grab as has come to operate under [Donald] Trump and [Narendra] Modi, it is an effort against the most fundamental human and community values such as we in Southall have come to respect and which we must now protect.”

Grover was probably not exaggerating his pitch in summoning hefty political metaphors to serve what might only have seemed a minor municipal issue. He spoke from a good sense of the ramparts the VHK had already dragged the battle to. Three high functionaries of the Labour Party, which has traditionally won the Southall seat in the House of Commons, were meant to address the Dominion Centre meeting that evening: the Bradford MP, Naz Shah, the local council leader, Julian Bell, and Claudia Webbe, member of Labour’s highest decision-making body. They excused themselves one after another, on one pretext or another. But the pretext was only one and clear to all — the VHK, working through the local Labour MP, Virendra Sharma, had successfully lobbied the Labour boss, Jeremy Corbyn, and Corbyn had given in. Calls had gone out from his office that the Dominion meeting was to be expressly forsaken. Labour, with all its professed ideology, had decided to side not with the larger Southall community but with the mandirwallahs. Guess why. Labour lay stricken by the threat and the prospect of losing the ‘Hindu vote’, it capitulated to the VHK’s dared claim that it is what represents and controls the ‘Hindu vote’. A little incredulous, but palpably true. Such too are ways in which the littlest geographies conjure larger patterns of politics.