Universities in the time of Covid-19 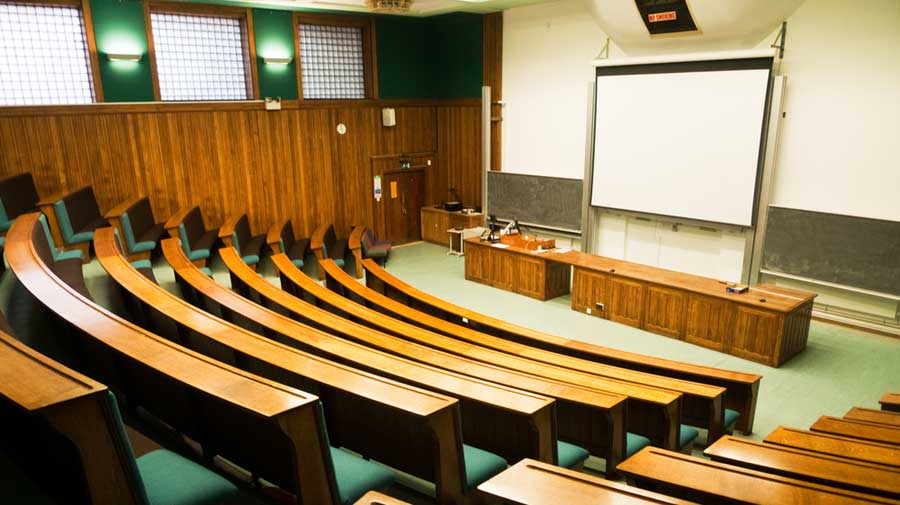 In this stay-at-home limbo, we had to remind ourselves that we still had courses to complete, assignments to write and correct and examinations to fret about.
Shutterstock
Mukul Kesavan   |   Published 05.07.20, 12:37 AM

It’s that time of year again for university people… or it should be. In Delhi, the academic year begins in the middle of July, just as the monsoon breaks over the city. With the introduction of the semester system, it’s anachronistic to talk of an academic ‘year’ broken up as the year is into two self-contained parts, each with its own cycle of courses, assignments and terminal exams, but old habits die hard. Having taught for more than 30 years, I’m hardwired to see the end of the summer vacation as a fresh start.

Except that July is here and the familiar cycle is broken. There was no summer vacation; Covid-19 wrecked the last semester midway and from the middle of March students and teachers entered a long period of suspended animation that was neither term-time nor holiday. In this stay-at-home limbo, we had to remind ourselves that we still had courses to complete, assignments to write and correct and examinations to fret about.

Remote, disembodied teaching via Zoom or Google Meet wasn’t that hard to get used to, which made me wonder about my teaching methods in normal times. In my case, lectures were strictly audio because my ‘broadband’ connection couldn’t support video. Also, it was a relief not to have to worry about stubble and general dishevelment early in the morning at eight, which is when I took my first class. I had exchange students from an American university who, like everyone else, had gone home when the university shut down and any later in the morning would have been too late at night for them.

But there were students closer to home who couldn’t log on to online lectures despite sharing the same time zone. I have Kashmiri students who the Indian State had kicked off the internet or confined to 2G connectivity which made even audio-only classes impossible to attend. Jamia has students from all over the country and from all kinds of backgrounds. Some of them had returned to small towns and qasbahs where they lacked the wherewithal to connect, not because they had been excluded like their Kashmiri classmates, but simply because their circumstances didn’t allow it.

Online teaching has been a useful tool in this time of disruption but in the context of the Indian public university it inevitably means an inequality of access that needs urgent attention. Indian universities were built around the idea of lecture-based teaching because this was cheaper than a tutorial-centred system that needed better student-teacher ratios. So, to be cut off from lectures is to be academically marooned. Some teachers tried to get around this by emailing bullet-point lectures to students with poor connectivity. This doesn’t, of course, address the problem of discussion, which is what makes a decent lecture more than chalk-and-talk, but it’s better than nothing.

The problem of students not being able to access university or departmental libraries as they normally would during term was partly solved by emailing them PDFs from digital libraries like JSTOR and articles and digital books from other sources. It’s one of the university world’s worst kept secrets that file-sharing websites like Libgen allow students to read academic texts that would otherwise be unaffordable or inaccessible. In this time of Covid with students isolated in their homes, these online archives were even more central to the business of teaching and learning.

Now that universities have completed this disrupted semester by improvising alternatives to end-semester examinations either by requiring students to submit more tutorial essays or, more daringly, by conducting online open-book tests, the challenge of the next semester presents itself. The traditional July beginning is not going to happen. My university, Jamia Millia Islamia, will begin the new semester in August, but the nature of that opening depends on things beyond any university’s control.

Without regular train and bus services between towns and cities and within them, a university’s student body can’t assemble on campus. Over the years, Jamia’s student intake has become more and more pan-Indian. Some of the most familiar student figures from the remarkable mobilization against the Citizenship (Amendment) Act and the National Register of Citizens came from faraway Kerala. In all likelihood, classes for the new semester will commence online and continue online until such time as it is safe to travel and live in hostels.

It is in its absence that the everyday magic of term becomes obvious. You don’t miss that army of jeans and salwars and churidars and chappals, shuffling noisily outside classrooms or mooching around the dhaba, till you realize that they aren’t going to be there when the rains come. Teaching is unnatural in that unlike every other job, you live in a continuously young world. There is, of course, a pathos to that because you grow older but also a kind of exhilaration because it’s hard, unless you’re Scrooge, not to be buoyed up by the slouching, strutting high spirits of the horde all around you.

The contrast between the intense camaraderie that animated Jamia early in the year and the sanitized emptiness created by the novel coronavirus is a reminder that public universities are the most fraternal institutions in the country. Unlike schools, which are wholly segregated by class and income, a university like the one I teach in hosts real diversity. It is a diversity of young adults learning to get along with their peers on reasonably level terms.

To hear young women shout with laughter at a shady joke, to watch pinky-entwined young men from distant corners of the country walk into a library together, is to witness the socialization of young desis. It’s what good universities do; they try to conjure up a safe approximation of our world and set young people free in it for a few years. (Or they did up until the time the Indian State declared war on them.) But diversity needs proximity and presence to work its magic. It can’t happen on Zoom. We need chappals slapping through those corridors again. Let it be soon.

Coronavirus lockdown: Tech invigilation is the new normal in exams