Everyone — non-entity or superstar — is up for sale 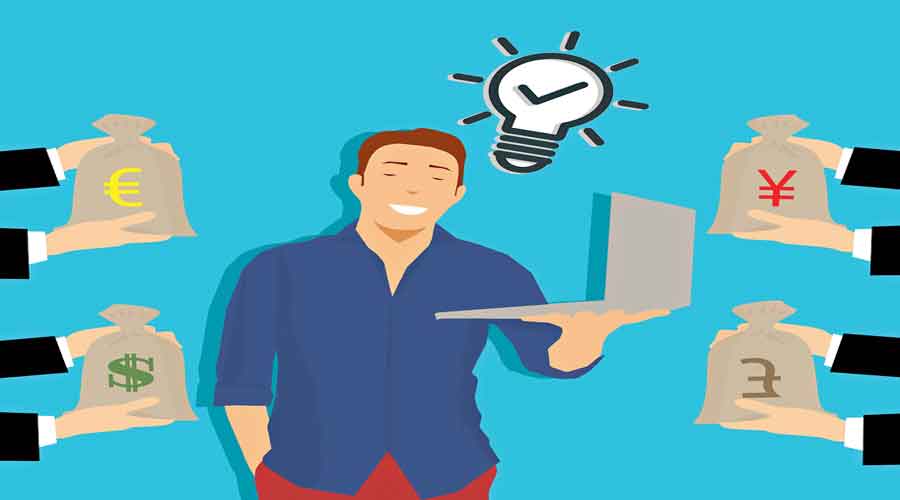 Can I be the only person discomfited to hear of star cricketers and footballers being bought and sold? These are people of great talent, great wealth and greater following. How can we talk of them in terms of chattel slavery?

Think of Messi’s departure from Barcelona. Whatever the earlier complications, he wanted to stay on and the club wanted him to stay on. Alas, their financial regimen would not allow it. A cash-strapped Barcelona had to let Messi go. The supreme master of the game, the multi-millionaire toast of millions, left, literally crying, for a new refuge, like some wretch out of Uncle Tom’s Cabin.

This gives a new meaning to phrases like ‘slaves of wealth/ circumstance/ the system’. Things have got worse today owing to two factors. One is the increase in restrictive systems governing our lives, the bureaucracy being only the most prominent. One can sometimes buy one’s way out by fair means or foul: the distinction between the two is often blurred. Any master criminal with sufficiently deep pockets can buy citizenship not only of remote havens but the world’s stellar nations. Yet that is not really to escape the system, only some of its unpleasant consequences. The exit route is part of the labyrinth. If, like most of us, you don’t or can’t pay for the shortcut, you are trapped in the maze.

The other factor is even more insidious. Owing to the astronomical expansion of social media, everyone from global whale to village minnow swims in a glass bowl, helplessly exposed to the public gaze. As the ‘public’ is itself protected by anonymity, its attacks can be as merciless as unjust, its praise as unstinted as undeserved. Public opinion is like cryptocurrency: there are no sanctioned rules, only assumptions upheld by a trust that may or may not prove justified. It is sobering to reflect that this is ultimately true of national currencies, and vastly more of the markets handling them.

Pleasing the public is thus a fraught and uncertain business. You expose yourself for others’ approval by undefined and volatile criteria. In our bizarre idiom, the word ‘sell’ need have nothing to do with merchandise, just as ‘sexy’ need not concern sex. Even private individuals continually sell themselves — to employers and examiners, visa officers and loan managers. Is it blasphemous to see courtship as a kind of sales drive?

It should not be, if the only price we demand is our inner satisfaction. Tagore asks in a poem: “In what market do you want to sell, O my song?” The song turns down handsome offers from the wise and the wealthy, is mildly tempted by a wool-gathering student, still more by a young homemaker, and finally surrenders to a pair of lovers immersed in each other.

But even poets must eat. In another poem, Tagore presents a poet who likes to feed heartily and dress well. Presumably he earns enough — surely not from his verse — to make this possible, but he has another marketing issue on his hands. To conform to the popular image of a poet, he must profess romantic sentiments he does not feel, heartaches he mercifully does not suffer.

Tagore’s own exercise in image-building, in various guises from Gurudev to Viswakavi, was an awesome process authenticated by his genius without compromising his integrity. Lesser mortals cannot carry off such a feat without hypocrisy, or else a rare self-discipline. It is hard to follow the Bhagavad-Purana’s exhortation: ‘Is there not fruit in the forest, and water in the streams, and the bark of trees to clothe one, and caves to house one? Why then should the wise man flatter the rich and powerful?’ The ancient Roman statesman, Camillus, showed the same indifference to fortune in power and in exile. Such instances were rare even in pre-consumerist times. Today they seem the stuff of fantasy.

These thoughts rise especially to mind at election time. No patriotic Indian will admit for an instant that our legislators can sell themselves for money. They must still ‘sell’ themselves to the voters, and their strategies vary endlessly.

There is a deeper question as well: who is selling what to whom? Till polling day, the candidates solicit our custom. Thereafter we are bound by our choice, much as when we buy a product and fall hostage to its after-sales team. Our elected representative may or may not lord over us directly; he will undoubtedly demand due deference from the system, not always in accord with democratic practice. And he and his tribe will control our lives by changing the patterns of law and governance. Again we may recall a Tagore song: “We thought we had bought him for nothing, but it’s he that’s bought us, and now he comes and goes as he pleases.”

We sell ourselves even more consummately to global cyber-behemoths who stare down the world’s mightiest rulers. We do so every time we use WhatsApp, Meta or Twitter, or search for something on Google — even when we are ostensibly doing the buying, as on online merchant sites. We do so unwittingly or with happy consent, because we derive pleasure or benefit from the exercise.

In the process, we part with some data, not necessarily essential for the transaction in question. These data mountains are sold by platform owners to their real clients, who use them for gain, often beyond the harmless professed purpose of targeted advertising. In this intricate digital traffic, the real commodity is ourselves. The only comfort — or so we hope — is that our identities attract no attention. But they are very much on record: prying authorities and rogue corporates can trace them any time.

The moment we click into this universal market, we become merchandise. Proprietor or client, non-entity or superstar — everyone is on offer, buying and selling each other. We hope to profit from the deals; but ultimately, it may be no different from the futile operation of taking in each other’s washing.