What connects Gyanvapi to Navjot Sidhu 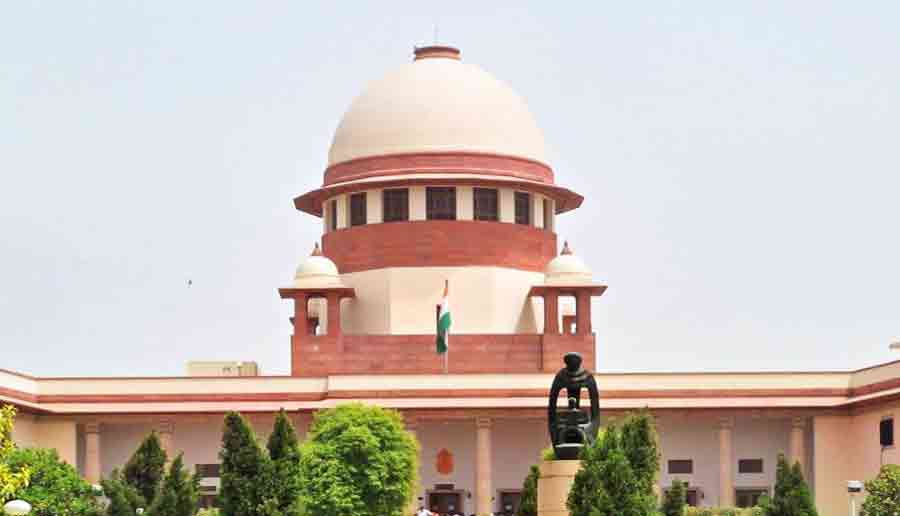 One does not have to be a soothsayer to predict that Gyanvapi is a natural sequel to the Babri Masjid dispute
File Photo
Arghya Sengupta   |   Published 16.06.22, 02:54 AM

A chameleon is a remarkable creature. It can change its colours at will. In two recent judgments, the Supreme Court of India appears to have changed its colours dramatically. In the Gyanvapi case, the court, in order to be procedurally proper, refused to reiterate the fundamental legal effect of the Places of Worship (Special Provisions) Act, 1991 that the religious character of a place cannot change after August 15, 1947. It sent the matter to the district judge in Varanasi to decide. But in Navjot Singh Sidhu’s 34-year-old case, it tossed aside procedural propriety, reviewed its own judgment, and sent him to jail for a year.

Legally speaking, its decision in the Gyanvapi case is right. A suit has been filed by Hindu parties alleging that certain Hindu idols are located inside the Gyanvapi mosque and seeking permission to pray there. It is for the legal representatives of the mosque to claim in the trial court that the suit cannot be entertained because the Places of Worship Act clearly bars any such case from being filed. Faced with the imminent fear that the right of Muslim devotees to worship in the Gyanvapi mosque will be extinguished, the Supreme Court passed an interim order that protected this right. This was a careful balance and, legally speaking, it was what a constitutional court ought to have minimally done.

But one does not have to be a soothsayer to predict that Gyanvapi is a natural sequel to the Babri Masjid dispute. Unlike Babri, which had festered in the judicial system for decades before reaching the Supreme Court, the Gyanvapi case has reached the court much sooner. Also, the Places of Worship Act is categorical — except the Babri Masjid dispute, in all cases the religious character of a place shall be as it was on August 15, 1947. No further conversion is possible. This is not a denial of history — it is common knowledge that mosques were built over many Hindu temples. Instead, it is an acceptance that the wounds of the past cannot endlessly disturb the peace of the present.

But the Supreme Court did not get into this larger question. Quite to the contrary, it made some oral observations that the Act does not bar “ascertainment of religious character” of places of worship. This line of reasoning may have been justified if the court always functioned as a court of law. But over time, the Supreme Court has created an image where it is as much a court of law as it is a moral guardian of the nation. As the moral guardian, the court was well-placed to reiterate the fundamental premise of the Places of Worship Act. That would have sent the message loudly to all district courts, whether in Varanasi, Mathura or Delhi, what the law was. Instead, the court, by choosing this moment to insist on proper procedure, has opened the floodgates for potentially numerous Babri Masjid sequels. Both the court and the country will have to bear the brunt of this unfortunate choice.

The choice is even more unfortunate when it becomes clear that the Supreme Court in the same week gave procedural propriety a complete go-by in hearing a review petition against its own judgment imposing a fine of Rs 1,000 on Navjot Sidhu for punching a man in a fit of road rage. In itself, admitting such a review petition is quite a rare occurrence. The Supreme Court has often described itself as ‘final but not infallible’. The review petition is an exception to this salutary principle allowing the court to correct a plain error that it might have made in its judgment. Except for such clear cases, review petitions are rarely entertained, let alone successful.

But none of this applied to Navjot Sidhu. In review, his sentence, initially fixed at Rs 1,000, was enhanced to one year of rigorous imprisonment. The point here is not whether Sidhu deserved one year in jail or a paltry Rs 1,000 penalty for his action. Two judges of the Supreme Court decided, in their wisdom in 2018, that for hitting a person 30 years back in a manner that accidentally caused his death, a fine was sufficient. For another bench, four years later, to reach a different conclusion is simply not permissible in a review petition unless the first judges missed out something obvious.

The review judgment points to the fact that the initial judgment did not take into account that at the time Sidhu was a 25-year-old international cricketer, one blow from whom may have been sufficient to cause severe harm. First, this is not correct since the fact that Sidhu is an international cricketer is well-known and actually was taken into account. Second, if the initial judges did not find this fact material, that is not an error: there may be many things about Sidhu — his height, weight, temper — that some other judge may think relevant, but the initial judge may not. Sentencing a person on review cannot mean taking a fresh look at the case. It only has to be about correcting blatant errors on the record. There was simply no such blatant error in the initial judgment fining Sidhu though, of course, a different view was possible. The court threw out well-established principles of procedure, ostensibly to ensure that justice was served.

These cases taken together demonstrate three things — first, that the Supreme Court selectively chooses when to take refuge in procedure and when not to. Second, different benches of the Supreme Court speak in different voices. There is no one Supreme Court, which is a shame for consistency in the law. Third, there is, however, one startling commonality — that the Supreme Court in both these cases appears to have lost sight of the larger picture emanating from its judgments. Sending Sidhu to jail, while leaving the Gyanvapi decision to fester, creates clear political winners and losers. The court should remain institutionally mindful of this fact. The chameleon might change colours, but it still has a spine.