Communalisation of history must be resisted 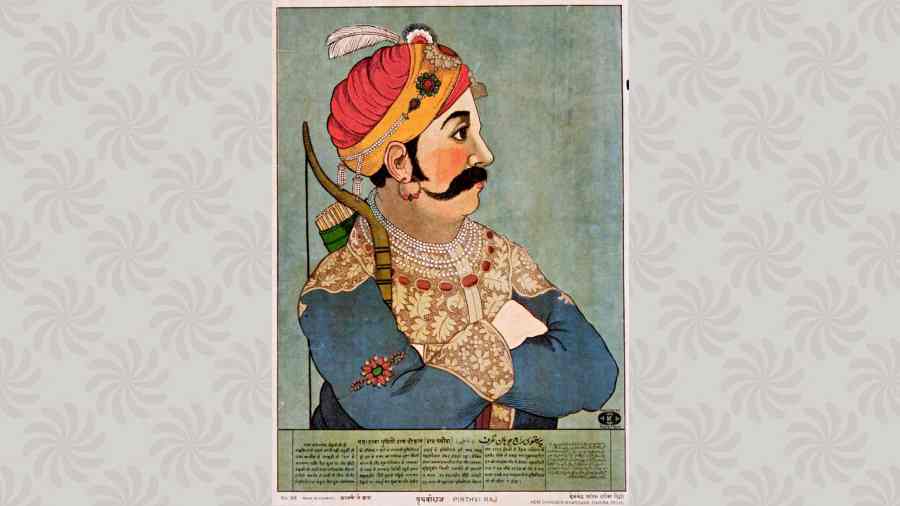 In a recent television interview, the actor, Akshay Kumar, commented on the contents of history textbooks in India. While discussing his recent film, Samrat Prithviraj — loosely based on the “Prithviraj Raso” of Chand Bardai — Kumar claimed that the textbooks contain little on Prithiviraja while they ‘glorify’ the invaders, and while it is alright to learn about the Mughals, it is also necessary that we learn about “our kings”. The film itself has little connection with the documented history of the Chahamana/Chauhan ruler, Prithviraja III, who ruled over parts of North India, including the region between Ajmer and Delhi, and was constantly engaged in warfare with other Rajput clans, such as the Gahadvalas of Kanauj and Chandellas of Jejakabhukti. Thus, Prithviraja was not a samrat (emperor), not even the indisputable leader of all the Rajputs. The film’s depiction of Prithviraja killing Muhammad Ghuri — which its source, “Prithviraj Raso”, a much later and part-legendary bardic account of the events of the late twelfth century claims — distorts two historical facts. Ghuri died more than a decade after Prithviraja’s death. Prithviraja and his son, Govindaraja, ruled briefly as Ghuri’s subordinates after the Second Battle of Tarain — as evidenced by the coins bearing both Prithviraja and Ghuri’s names. Choosing the unreliable “Raso” as the source of the film’s fictional narrative is a creative liberty, like casting a 54-year-old actor as a king who died at the age of around 30. But Kumar also requested the “education minister” to look into the matter of the ‘minor presence’ of “our kings” and ‘glorification of invaders’ in textbooks. This is a problematic intervention in a domain which should best be left to the specialists, as well as an attempt to project the distorted and communalised fantasy portrayed in the film as authentic history to be taught institutionally.

The “Raso”, claiming to be an eye-witness account of Prithviraja’s bard, Chand, was not composed before the sixteenth century. Of its many recensions, the one popular in Mewar got highest attention because it was referred to by the British folklorist, James Tod. However, subsequent research showed that the text is barely authentic, as it contradicts other bardic accounts (like the Sanskrit Prithviraja Prabandha), the Sanskrit Prithvirajavijaya of Jayanaka (written in Prithviraja’s time), and contemporary and near-contemporary Persian and Jaina chronicles. While the “Raso” itself is a dubious source, the film goes further by inserting episodes and dialogues mostly propagating the glory of Hindutva and the treachery and the bigotry of Muslims. Thus, Ghuri wins the Second Battle of Tarain only by treachery, twisting the account of the fourteenth-century Sanskrit texts which claim that Prithviraja’s oversleeping had caught him off guard. Moreover, Kumar’s contrast between “Mughals” and “our kings” also highlights ill-informed and communal perception of history. Were the Mughals not the rulers of ‘our land’, the Indian subcontinent? The Rajput rulers, in most cases, acted as allies of Mughal rulers. In fact, the enhanced prestige of the Rajputs as partners in the Mughal empire from Akbar’s regime might have necessitated the refashioning of Rajput history in texts like the “Raso”.

Religious affiliation was not a major concern in political relationships. Hence, the various Rajput groups and many other powers, including the Palas, Senas, Rashtrakutas, Cholas, Chalukyas, Pallavas, and so on — of Brahmanical, Buddhist, and Jaina religious affiliations competed with each other. There were both alliances and antagonistic political formations among them in facing the invading forces of Mahmud of Ghazni and Muhammad Ghuri. The Mughal ruler, Babur, on the other hand, battled against the Lodis who — like the Mughals — were Muslims. The Mughal empire, from Akbar’s time onwards, was ruled by rulers born and based in the Indian subcontinent. Their ancestors might have come from outside, as did many communities, including the Indo-Aryan speakers in second millennium BCE or the Huna ancestors of certain Rajput groups. While Kumar distinguishes “our kings” and the “Mughals”, the sepoys who had rebelled against colonial rule in 1857, in a common struggle of the ‘Hindus and Musalmans of Hindustan’, had recognised the last of the Mughals, Bahadur Shah Zafar, as ‘our king’. About a century before that, Mir Qasim protested against the East India Company’s discriminatory policies against Indian merchants and peasants as the legitimate Mughal governor of Bengal for what he called “my country, my people”.

Distorted, propagandist, communal, or lopsided representation of the past can be traced in many recent Bollywood films like Padmaavat, Manikarnika, Panipat, and The Kashmir Files. But Samrat Prithviraj ends with a bizarre written note claiming that the defeat of Prithviraja had ended India’s freedom, which was won back only in 1947. This creates a deliberate confusion between invading and migrating groups, which settled down and merged into the cultural pool of the subcontinent since the Vedic period — if not earlier — and the colonial regime that was governed by a power settled in Britain that sucked away the Indian resources to serve the interests of the metropole. Denying the indigenous rulership in the period from the thirteenth to the eighteenth century, this claim tries to obliterate the immense contribution of this period in the formation of what we know as ‘Indian culture’, in terms of food, clothes, art, architecture, music, literature, religion, technology, and what not. The film’s projection of Prithviraja as India’s last Hindu ruler is also an incorrect repetition of an idea of the colonial scholar, Tod. Imbibing another colonial scholar, James Mill, and his periodisation of early India as Hindu and the medieval period as Muslim, the film misses out the existence of the Kakatiya, Hoysala, Pandya, and Vijayanagara kingdoms in South India, the Rajput partners of the Mughal empire, and the Marathas in the Deccan, many of which had actually controlled much larger polities than Prithviraja ever did. The attempt to project such a confused and ill-intended version of history as authentic by a non-specialist disturbs us, especially because Kumar’s position seems to be a part of a larger political design, since almost a similar statement on history-writing came from the Union home minister, Amit Shah, a few days later. It is necessary to expose such attempts, especially the ones with deliberate communal agenda, to disfigure Indian history and destroy what seven decades of historical research has earned in developing our historical understanding and decolonising knowledge-creation. Does Kumar think that ‘true history’ comes out of fabricated fantasies of texts like the “Raso” and not from contemporary accounts and solid evidences like inscriptions and coins? Does Kumar think that out of many popular narratives about the same history, only the one befitting a particular agenda should be privileged at the cost of others, such as the Jaina sources showing Prithviraja as an incompetent ruler, the Prithviraja Prabandha showing a complicated relationship between Prithviraja and his treacherous minister, Kaimbas, and the bard, Chand, and the bardic accounts of Chandella and Banaphar Rajputs — Parmal-raso and Alha Khanda, attributed to another bard named Jagnaik — that celebrate the resistance of local heroes, Alha and Udal, against Prithviraja, the Chahamana invader of the Chandella kingdom? Is Kumar trained in analyzing and distinguishing these many voices of history? If not, should he not focus on his own craft and leave the discipline of history to those trained in practising its methodology?