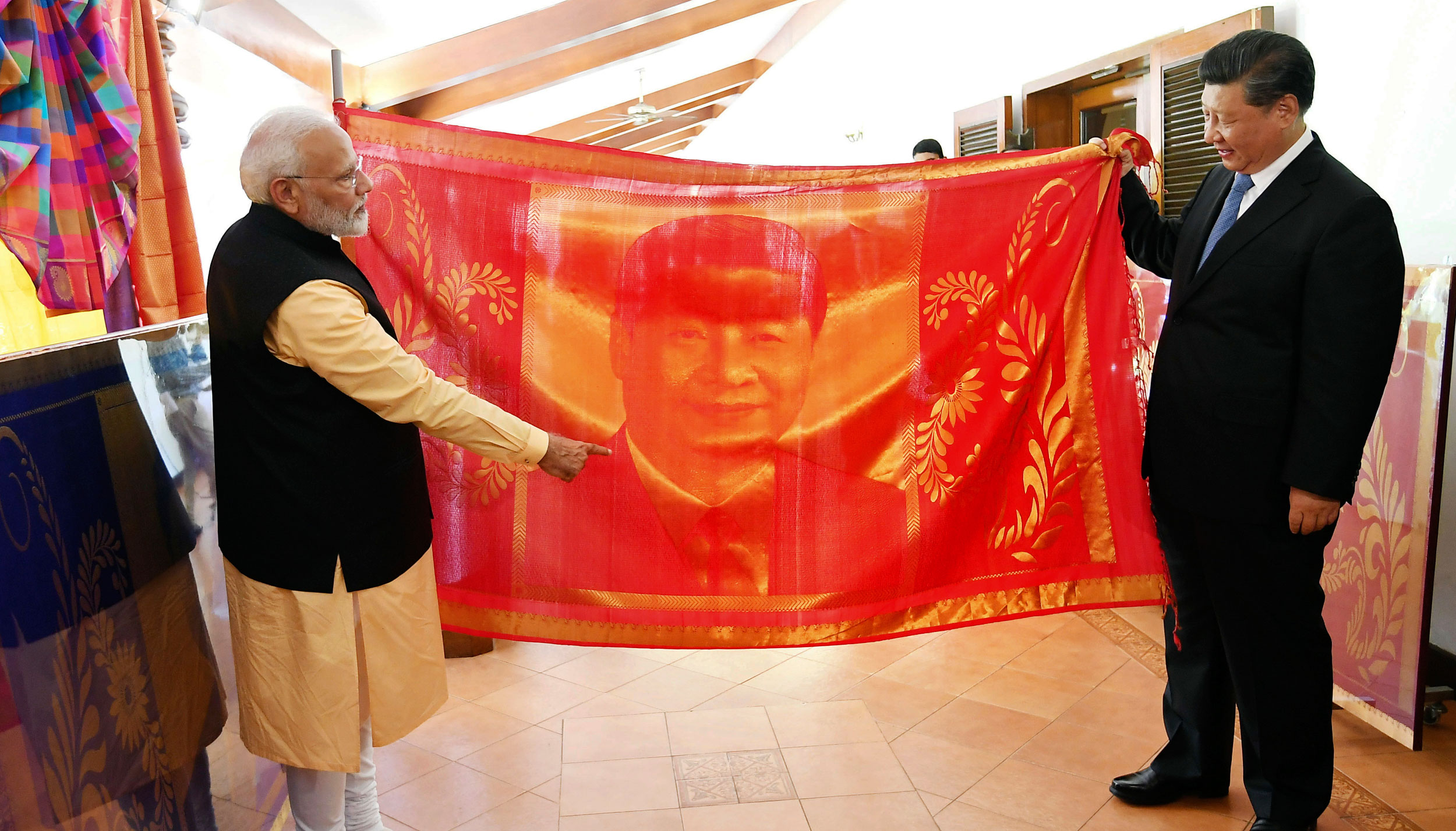 In the last six years, the personality-driven diplomacy skills of the prime minister, Narendra Modi, have gained much attention. However, with bitterness seeping into India’s relationship with China following the killing of 20 Indian soldiers at the border, the same approach has come to haunt Modi and his government. A video from 2015 is being circulated on social media in which the PM is heard talking about his extraordinary personal relationship with the Chinese premier, Xi Jinping, while addressing the Indian diaspora in Shanghai. In the video, Modi mentions having received a phone call from President Xi in 2014 after winning the general elections. Modi claimed that he was pleasantly surprised when Xi gave him a description of his birthplace, Vadnagar. Modi said Xi told him that he had read about Vadnagar in an account by the Chinese traveller, Hiuen Tsang, and added that after returning from Vadnagar to China, Hiuen Tsang had visited Xi’s birthplace, Xian. Modi said Xi even took him to the latter’s birthplace for a visit. Amid applause, the PM stressed that their conversation was proof of the ‘affinity’, ‘intimacy’ and ‘brotherhood’ between the two premiers. The same Xi has now turned into one of the most hated figures for the saffron brigade and this old video has turned into an embarrassment for the ruling party, which is desperately trying to counter it by flooding social media with charges of a warm relationship between the Nehru-Gandhi family and the Chinese establishment.

The Congress leadership refuses to learn from past mistakes. Its commitment to set up a new leadership had always been suspect, but recently its resistance to change has become all the more obvious: the old order seems unwilling to make even an inch of space for the younger generation. The Bihar unit was shocked when Tariq Anwar — with five terms in the Lok Sabha and two in the Rajya Sabha — was nominated for the lone seat in the Bihar legislative council for the Congress this year.

But many thought it sounded odd that a leader who has been in Parliament for around three decades as well as been a general secretary of the Congress is now getting ready to be nominated to the council of a state.

So much so that destiny itself seems to have intervened. Anwar’s paper was rejected as he is not a registered voter in Bihar, a pre-requisite for the council’s membership. This is not by any means an isolated case. Another veteran, BK Hariprasad, also a member of the Rajya Sabha for over four terms and a general secretary of the party for long, accepted a nomination for a council seat in Karnataka a few days ago.

Much ado about nothing

It is all about timing. A mysterious memorandum of understanding has surfaced all of a sudden to push questions raised by the Opposition about the Centre’s failure to prevent Chinese intrusion into India’s territory out of the frame. What MoU could be important enough to eclipse concerns regarding national security that the Bharatiya Janata Party decided to latch on to it as proof of a monstrous sin committed by the Congress? It was a youth delegations exchange that Rahul Gandhi — then general secretary of the Congress — had signed with Wang Jiarui, then minister of the international department of the central committee of the Communist Party of China in 2008. All this information, however, is already in the public domain and the event was duly reported on at that time.

Exchange of youth delegations, visits by artists and intellectuals and party-to-party interactions between countries are normal. The Congress even has a tradition of inviting delegations from friendly parties across the world to its plenary sessions. Such exchanges have taken place not just with China — which was not seen as an enemy for the last few decades — but with other countries too.

Several BJP delegations have interacted with the CPC over the past six years but the Congress’s links were projected as a crime. While many in the media lapped up the documents dished by the BJP, creating an impression that the MoU is the biggest scandal of this era, it must be noted that the Congress, too, failed to counter the propaganda, choosing to meekly point out how Narendra Modi, Rajnath Singh, Nitin Gadkari, Ram Madhav have all interacted with the Chinese and publicly vowed to strengthen ties with them. In fact, Narendra Modi not only described his personal relationship with Xi Jinping as “Plus One” but he, as chief minister of Gujarat, had also established a perfect working relationship with the Chinese. Is this why they say that there is no match for the BJP’s skills in a propaganda war? It can turn the tide in its favour in a heartbeat.

The separation between Party and State seems blurry. The government is now using its official publicity wing — the Press Information Bureau — to push the BJP’s narrative. Last week, journalists were left gobsmacked when a PIB official posted in an official WhatsApp group meant for government press releases a tweet by the BJP president, JP Nadda, in which he had levelled an accusation regarding the misuse of donations to the Prime Minister’s National Relief Fund by the Nehru-Gandhi family during the Congress’s rule. While the red line between party and government has often been pushed during Narendra Modi’s rule — for instance, ministers happily made political remarks from the PIB’s platform during press conferences — this time around the line has well and truly been crossed.

The BJP has been desperately trying to defame the Kerala government’s battle against the coronavirus. It flung all kinds of dirt on the Left government. But the minister of state for external affairs, V Muraleedharan, jumped the gun by declaring a patient dead even though he was cured of Covid-19 but was still in the hospital for a neck injury he had suffered when a jackfruit fell on him. It seems that the Central minister skipped his homework.