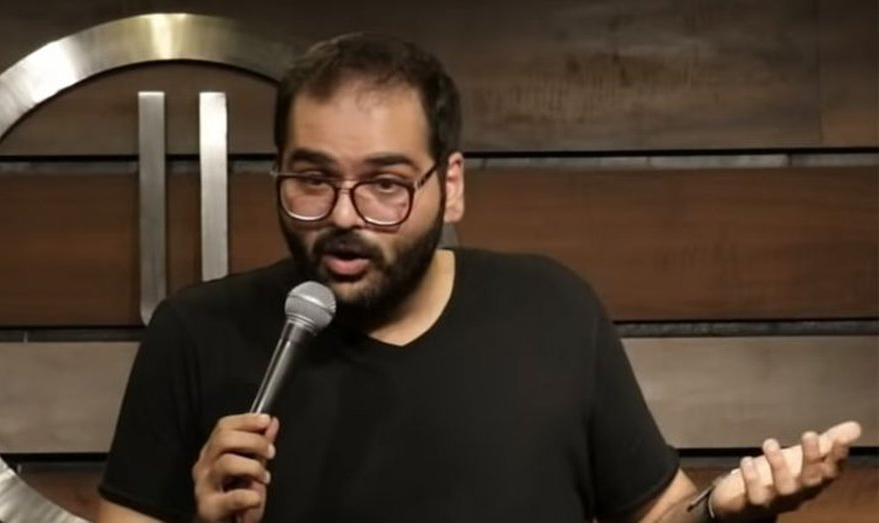 Sir — The decision of the airline, IndiGo, to ban the stand-up comedian, Kunal Kamra, for six months for allegedly heckling the news anchor, Arnab Goswami, on board a flight is unjustified (“Comic ban”, Jan 3). Even the pilot of the flight on which the incident took place has spoken up about the fact that proper procedure was not followed while banning Kamra. In fact, the pilot was not even consulted before the step was taken. It is thus good to know that Kamra has now sent a legal notice to the airline, seeking an apology as well as compensation for the arbitrary ban.

The promptness with which some other airlines declared flying bars on Kamra is surprising. Numerous public figures have caused serious disturbances during a flight. This list comprises names of political leaders like Shiv Sena’s Ravindra Gaikwad — he hit an Air India employee with his slippers for not being allotted a business class seat on an all-economy flight — and the Bharatiya Janata Party’s Pragya Singh Thakur, who created a scene on board a SpiceJet flight and delayed take-off by nearly an hour. In the former case, the Shiv Sena had compelled the airline to withdraw a flying ban imposed on the lawmaker, while in the latter, no such penalty was even announced.

It is shameful that the ministry of civil aviation has decided to victimize Kamra in particular. Hardeep Singh Puri, the aviation minister, is bent on pursuing this particular case.

Not only did he advise all airlines to ban Kamra like IndiGo did, but even after the pilot made his statement about the illegality of the ban, Puri insisted that he would be willing to go “beyond the rules” to punish the flyer. This is surely the result of the BJP’s displeasure with Kamra’s criticism of the Narendra Modi-led government at the Centre. Many have said that it is also a move to protect Goswami, who is believed to be an ardent admirer of the prime minister. Kamra has made it clear that he will not apologize to Goswami for his act. He should now take a bow and wait for the episode to unfold further.

Sir — Although one does not condone Kunal Kamra’s actions, it must also be asked if the airline, IndiGo, would have acted in the same way had the stand-up comic targeted journalists who are critical of the government instead of Arnab Goswami, who is known for his support of the Narendra Modi-led dispensation at the Centre. The ban is in flagrant violation of the rules of civil aviation, under which a person can be placed on a ‘no-fly list’ by an airline only after it concludes an internal inquiry constituted in a prescribed manner.

Hardeep Singh Puri’s advice to all airlines to ban Kamra from flying amounts to interference in a matter falling entirely within the domain of the airline’s internal committee. But the haste shown by some other airlines to follow in IndiGo’s footsteps betrays their eagerness to bend over backwards to please the government.

The ban should immediately be put on hold. Freedom of movement is an Indian citizen’s fundamental right; it can be curtailed only after observing the due process of law.

Sir — The episode between Kunal Kamra and Arnab Goswami has inadvertently revealed a composed side to the news anchor. Goswami, who otherwise appears aggressive and clamorous during television news debates, did not react to Kamra’s words. However, IndiGo banned Kamra for six months.

What is shocking is the fact that immediately after this incident, Hardeep Singh Puri asked all airlines to follow suit and ban Kamra. One must ask if this kind of intervention is justified. If it is, why was the same punishment not meted out to the BJP parliamentarian, Pragya Singh Thakur, when she created a ruckus on board a flight? In fact, a reporter from Goswami’s own channel conducted an ambush interview of the Rashtriya Janata Dal leader, Tejashwi Yadav, on board a flight in 2017. The Congress leader, Shashi Tharoor, has also claimed that he was heckled in a similar manner by Goswami’s reporters on two flights. In the light of all this, it seems as though Puri intended to protect Goswami, since the latter is a staunch supporter of Narendra Modi. To this end, Puri does not seem to be even remotely concerned about the rules for preventing disruptive behaviour by air travellers. This is a misuse of his power, and must be condemned. But it seems unlikely that action will be taken against Puri. After all, in New India, rioters and cow vigilantes are garlanded and felicitated by political leaders.

Sir — Oxford University Press has declared the word, ‘samvidhaan’ — the Hindi translation for ‘Constitution’ — to be the ‘Hindi word of the year’ for 2019. This pronouncement is relevant at a time when the Constitution has become the touchstone for “the people of India” — who are fighting for just governance — even when the authorities themselves have shown very little respect for it. The protests against the Citizenship (Amendment) Act have witnessed mass gatherings on the streets reading out the Preamble to the Constitution. It is time that every Indian citizen learns and understands the meaning and essence of the word which defines the idea of India.