THE THIN EDGE: The degradable future 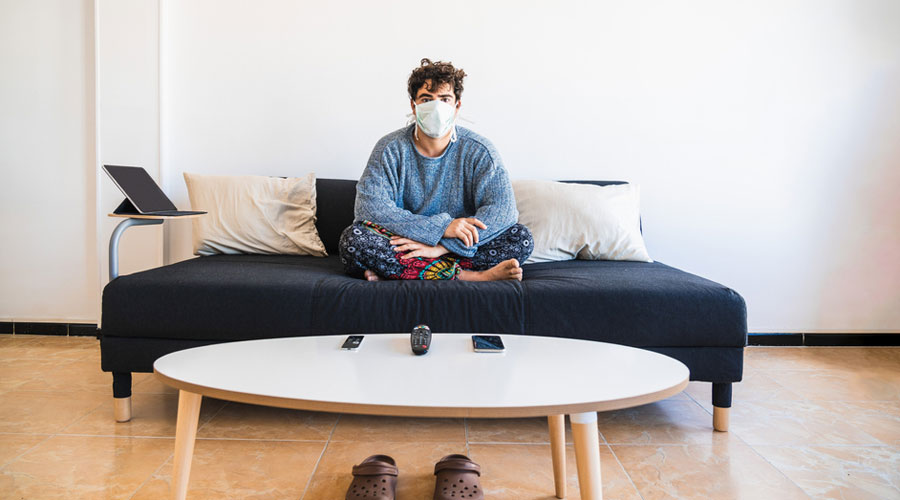 The upper and so-called middle classes have always been separated from the people who serve us and the ones whose labour makes our privileged existence possible.
Shutterstock
Ruchir Joshi   |     |   Published 08.12.20, 12:01 AM

For those of us privileged enough to be able to stay mostly at home through the progression of this pandemic, life may be measured out not in T.S. Eliot’s coffee spoons but in delivery boxes. For those of us so addicted, spoons of coffee are also crucial, but the coffee powder now arrives with its own ceremony: the emails and text messages come first; then there is the phone call from the delivery man, asking for the four-digit pin, then the brief confirmation — ‘I have left the package with your guard’; then the doorbell, signalling that the darwan has left the package on the little makeshift table you’ve organized outside your front door using a small plank of wood and, yes, an empty delivery box. Finally you put on your mask and capture the packet from the potential miasma of peril-laden aerosols in the enclosed hallway.

Inside the flat, there is the segregationary choreography of clean hand and hand contaminated by new packet. If you can afford to ignore the parcel for a few days, you put it alongside the suspects’ line-up of spices, pasta packets and sugar pouches on the living-room sofa. If your need is immediate, the prisoner is taken to the sink for one of several possible vidhis of sanitization. Quickly you compute what needs to be done according to whether it’s a cardboard box, soft packet, fresh food item in a plastic tub or whatever. Washing all sorts of things has now become second nature: paper pouch inside cardboard — take out and decant carefully; plastic pouch sealed by modern industrial methods — sponge with dishwasher liquid, doesn’t matter if it’s haldi or bajra or salt, you trust the packaging and give the outside of it a soaping; vegetables — just water is supposed to be fine, wash and dry; eggs — a little bit of soap won’t hurt them, but not too much, just enough to get the hen-muck off. Before, during and after each bout of sanitizing, there is the constant washing of hands — soap on hands, soap on the tap and the nozzle even as you turn on the water, soap on the pump of the soap dispenser. Wash, wash, wash. And wash again. Oops, did I just touch a non-sanitized surface after washing? — well, wash again.

Some people have been ironing their morning newspapers but I’m not that in love with the front page; I’ve developed a technique to hold the very end of the top right corner of the front double page, using a cross between the googly grip of the great Australian, Clarrie Grimmett, and the fingertip deployment of champion pickpockets, and I use this to drop the inside pages and supplements onto a table before quarantining the outside pages in a corner. By late afternoon, I reckon any possible viral load has gone from these and I glance at them to confirm what I’ve already read on the net — the world is continuing its journey to hell in a handbasket.

As the days pass, the boxes and the plastic packets pile up. The cardboard is deemed safe after a couple of days and I’ve made a small parking lot for the boxes near the front door. The plastic is another matter. For a while, I had the polythene bags stored in three boxes, labelled ‘Recent’, ‘Mid-term’ and ‘Safe’, and the boxes would be rotated as per the calendar. Now, having garnered enough of a stockpile to last me till the year 2060, I just get rid of the damn things every week, hoping someone somewhere will recycle them.

Speaking of recycling, it’s been on my mind a lot over the last few months. A couple of times I had this dream that no one was taking away the plastic bags and cardboard boxes; and that they began to grow into those canyon cliffs that reached all the way up to my fourth floor and beyond before finally burying the whole building. At one point, I suggested to everyone in my building that we start to separate the dry rubbish from the wet garbage. This was met with great enthusiasm that lasted the length of time it takes to exchange 12 messages on the WhatsApp group, after which we all forgot about it. I shouldn’t worry though, because every few days I’m awoken by the sounds of vast piles of garbage being cleared from the kachra room in the much bigger building next door. As I get up and look, my bleary eyes can make out a team of four workers clearing and sorting the weekly detritus from the huge block of flats. Two men stand inside the room and shovel out the stuff. One man loads the carts, while another man sits right next to the brand new grey BMW sorting out the recyclables. By noon they’re done and the convoy of rusty carts winds its way through the shiny cars towards the gate. Once a piece of muck and mulched leaf had accidentally landed on the sunroof of the BMW, but only that once.

I mostly avoid ordering in, but when I do it’s usually from the vegetarian snack bar across the road. The food is pretty clean and non-oily for a commercial establishment and I’ve been a customer for decades. One of the things I liked about the snack bar was that the packaging was as unpretentious as the food: simple thongas or, for the lunch thaali, paper boxes with a minimum of foil or plastic. Recently though, the place has gone what some people call ‘hi-fi’. I don’t know whether it’s the shrunk market because of Covid (a lot of its customers were office workers in the nearby buildings) or simply a perceived need to go ‘upmarket’, but instead of the generous portions of dal and sabzi in plastic pouches or foil tubs, they’ve shifted to these horrible compartmentalized thaalis with hinged lids, made from hard, non-biodegradable, clear plastic. The much smaller portions of food come trapped in these things, which make items spill into each other. I found myself thinking that these tray-thaalis were a perfect metaphor for what is happening.

The upper and so-called middle classes have always been separated from the people who serve us and the ones whose labour makes our privileged existence possible. However, in a city such as Calcutta, there was always a ‘spillage’ where the working class lived cheek by jowl with the wealthier sections. The compartmentalization between the classes has been growing but the pandemic has accelerated this process: now there are new justifications to add to the old excuses to further marginalize the poor and shove them to the edges of the sites of daily urban existence. However, the imperfect ‘lid’ of the environmental crisis — of which this pandemic is but a part — has come down on everybody, leading to smaller portions, less generosity, and a different kind of bleeding across boundaries. Clearly, the future is biodegradable, but in that degrading future some of our traits will stay toxically intact, infecting everything.