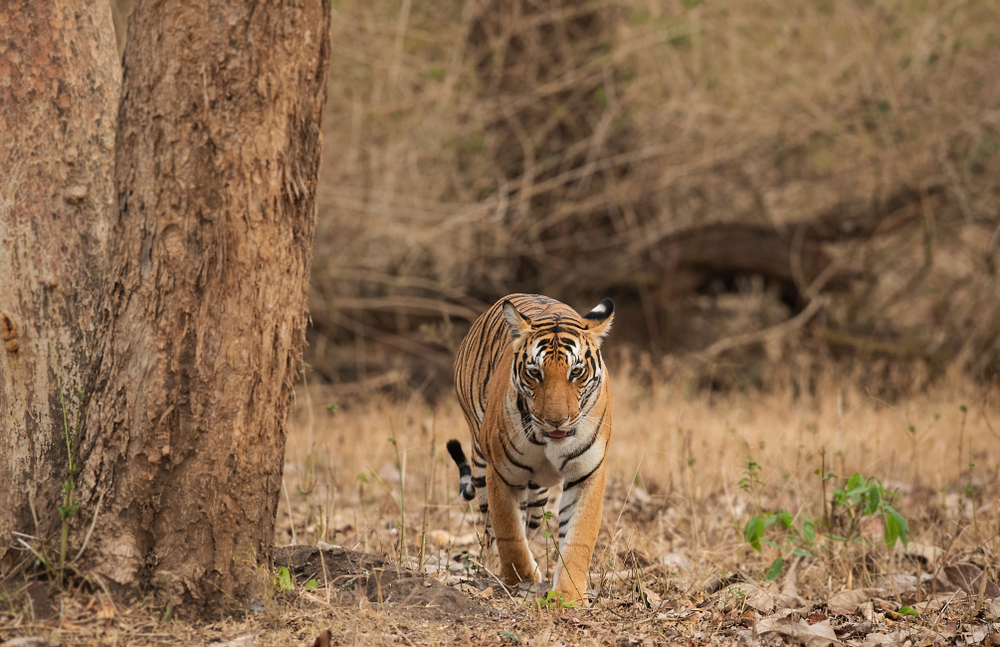 Sir — It was interesting to read that India’s largest wine brand, known as Sula Vineyards, is now involved in tiger conservation. The brand has brought out its first ‘wildlife wine’, called Kadu, and with the sale of each bottle a donation will be made towards the protection of tigers in Karnataka. Given the urgent need to save the nation’s tiger population, it is heartening that brands are finding unique ways to get citizens involved in conservation efforts. Many people enjoy a glass of good wine; would it not taste even better if one knew that each sip went towards a worthy cause?

Sir — A part of a saying attributed to the ancient Greek historian, Thucydides, goes thus: ‘[T]he strong do what they can do and the weak suffer what they must’. These words came to mind after the verdict on the Babri Masjid-Ram Janmabhoomi title suit was announced. The Supreme Court’s ruling was one with far-reaching implications and consequences. It is true that the verdict won a lot of approbation for resolving what was said to be a long-running dispute between two religious communities. But many have asked whether justice has truly been delivered. According to the 1,045-page-long verdict the entire disputed land of 2.77 acres was to be handed over to the deity, Ram Lalla, thus overturning the Allahabad High Court’s trifurcation of the plot to be given to all three litigants in equal measure. It has also been said that the allotment of a plot of five acres as an alternative piece of land for the construction of a new mosque in ‘any prominent place in Ayodhya’ — it is not clear whether this is to be in the Ayodhya town or district — ostensibly as a form of restitution for a community whose place of worship, a 16th-century mosque, was demolished, was at best a placatory gesture. Will this step suffice?

The verdict comes at a time when Hindutva-oriented right-wing politics is steadily gaining ground in India, with the saffron party in power. The decision will go down well with those subscribing to a majoritarian ideology in these times of Hindu ‘revivalism’. It shows us who we have become as a nation.

Will the Ayodhya ruling bolster the judiciary’s image as an independent pillar of the Indian State? It is sad that India’s so-called secular parties are also sometimes complicit in the denial of minority communities’ constitutional rights.

Sir — The Supreme Court scripted history on November 9 by pronouncing its final verdict on the Ayodhya land dispute. According to the ruling, the Hindu litigants have been empowered to build the Ram temple on the disputed land, and the Sunni Waqf Board shall be allotted some land elsewhere in Ayodhya to build a mosque. One doubts that there is, in the judicial history of India, much precedent of such long legal proceedings. Verdicts by the apex court are always acceptable with great reverence. But will the Ayodhya ruling be the end of the long conflict over religion?

It has been alleged that the Muslim community could have hoped for a more favourable outcome. The Archaeological Survey of India could establish no evidence that the Babri Masjid, which was demolished in 1992, was built atop a destroyed temple. The apex court, too, seems to have been unable to establish the name of the parties who had demolished the temple on the top of which Babri Masjid was allegedly built. But it is true that a temple is now going to be built on top of a destroyed mosque, and those who were convicted for ‘egregious violation of the rule of law’ for the demolition of the Masjid not only seem to have escaped the punishment but are now free to construct a temple at the site. Have we, as a nation, failed to protect the religious and architectural heritage of our minority communities? After all, it is a vital part of law-keeping to treat all religions equally.

The holy town of Ayodhya is said to be a place of harmony, as Hindus and Muslims respect each other’s beliefs and coexist peacefully. Their livelihoods are also interdependent, and they enjoy an enduring amity despite the Babri Masjid demolition. However, troublemakers in the guise of religious leaders commit nefarious acts in connivance with political powers.

One wonders why the mosque must be built outside the hitherto disputed land, and not contiguously. Moreover, would it have not been better to use the funds to build a hospital on the land? As service to people is often said to be a big part of religion, building a hospital would have provided medical care and employment to people in need.

Sir — The apex court maintained that the Ayodhya dispute was a property matter and not an issue of history and faith. However, it must be remembered that a historical monument was vandalized and destroyed in 1992 in the name of religion. Even if one were to accept that there might have been a certain religious structure below the Babri Masjid, could there have been any justification for destroying a 16th-century mosque? Following that logic, a large number of historical buildings in India would have to be destroyed and the land handed over to various religious or ethnic groups in order to preserve a ‘pristine past’ acceptable to the majority. Will such sentiments not encourage further destruction of historical monuments in India?